Accessibility links
Jordan Spieth Wins U.S. Open For 2nd Leg Of Grand Slam Spieth is only the sixth player to win the Masters and the U.S. Open in the same year. Dustin Johnson came close to pushing a Monday playoff — but then he three-putted the final hole. 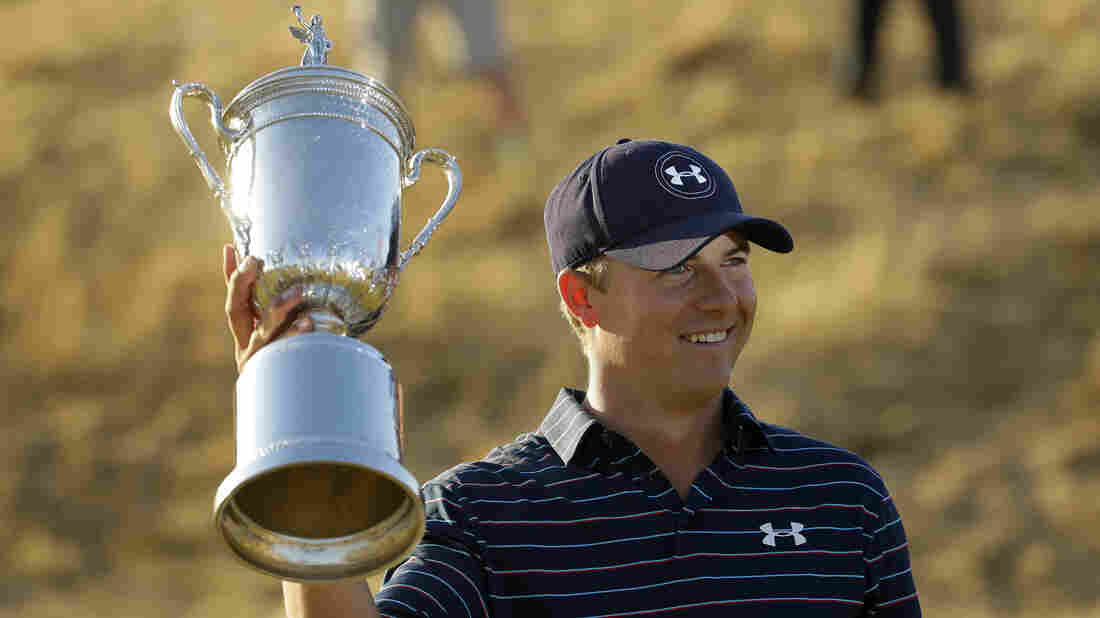 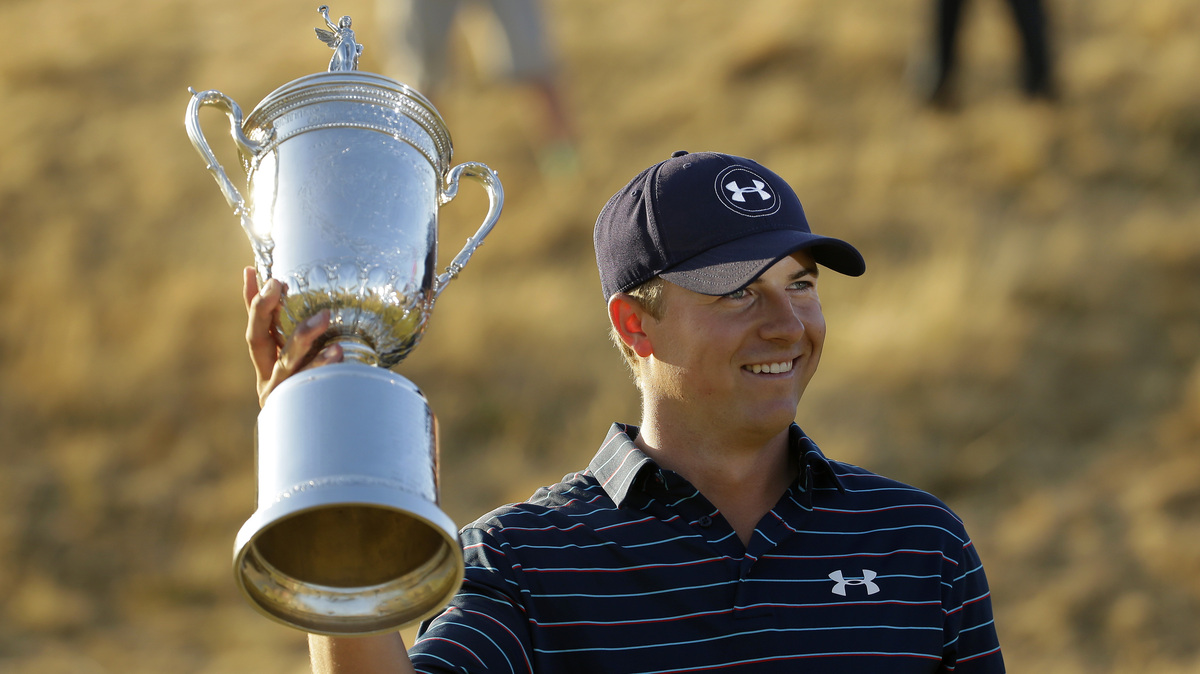 Jordan Spieth holds up the trophy after winning the U.S. Open golf tournament at Chambers Bay on Sunday in University Place, Wash.

Another major for 21-year-old Jordan Spieth. Another stunning loss for Dustin Johnson.

Chambers Bay delivered heart-stopping drama Sunday in the U.S. Open when Spieth birdied his final hole to become only the sixth player to win the Masters and the U.S. Open in the same year. The real shock was not that he won, but how he won.

Moments earlier, Spieth could only watch as Johnson had a 12-foot eagle putt for the victory. Johnson ran the putt just over 3 feet past the cup, and his short birdie attempt to force a Monday playoff rolled past the lip.

"I'm in shock," Spieth said, who now goes to St. Andrews next month in his pursuit of golf's holy grail — the calendar Grand Slam.

For all the criticism of Chambers Bay, this was theater at its finest.

Spieth looked like he had this wrapped up when he rolled in a 25-foot birdie putt on the 16th hole, turning toward Puget Sound before he pumped his fist. With Branden Grace hitting a tee shot onto the railroad tracks to make double bogey, Spieth had a three-shot lead.

And then it was gone.

He took double bogey on the 17th hole. Louis Oosthuizen made one last birdie — six of his last seven holes for a 67 — to post at 4-under 276. Johnson, who had a two-shot lead at the turn until missing so many putts on the back nine, was forgotten.

Spieth, a wire-to-wire winner at Augusta National, showed he can be clutch. He drilled a 3-wood off the back slope to 15 feet and two-putted for his birdie and a 69 to finish at 5-under 275. Johnson, in the final group behind him, made a 4-foot birdie on the 17th and needed a birdie to force a playoff.

He blasted his drive so far that he only had 5-iron to the par-5 18th, and that rolled up to 15 feet left of the hole. Make it and win. Two putts for a playoff.

It was the fourth heartache for Johnson in the majors, and the worst.

Spieth was waiting to use the bathroom when Johnson came out. It was an awkward pat on the back. There wasn't much to say.

Jason Day, who collapsed on Friday with vertigo only to rally for a share of the 54-hole lead, fell back with missed putt and was never in the hunt on the back nine. He closed with a 74 to finish five shots behind.