Accessibility links
'The Cartel' Is A True Crime Adventure With A Killer Protagonist With the "pace and feel of an exploded documentary," says review Alan Cheuse, Don Winslow recounts a 10-year odyssey of revenge set in Mexico against the stark history of the drug wars. 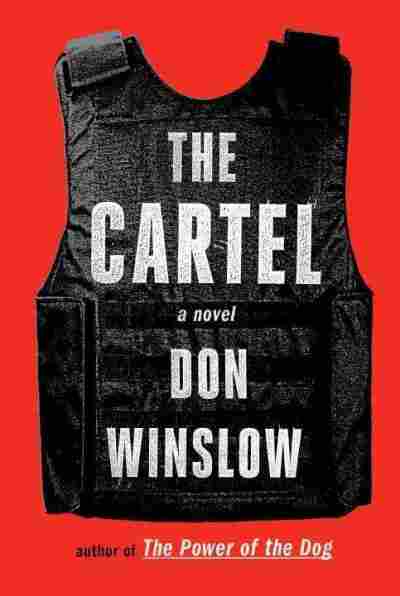 The dedication of Don Winslow's novel The Cartel is nearly two pages long: a list of journalists who were either murdered or "disappeared" in Mexico between 2004 and 2012 — the period covered in this hugely hypnotic new thriller.

That's only a small number of victims compared to the total number of Mexican citizens tortured and killed by the narco-gangsters during this time. And when they're not warring each other for territory and profits, the gangs employ bribery and intimidation right up to the highest levels of government in their embattled nation. As one journalist character in the novel, a photographer from Ciudad Juarez, laments, "my country, Mexico — the land of writers and poets ... painters and sculptors ... of dancers ... wonderful filmmakers ... actors ... the land of pyramids and palaces, deserts and jungles, mountains and beaches, markets and gardens ... is now known as a slaughter ground."

It's in this slaughter ground that Winslow sets his story, an over-the-top action adventure novel based on broad research and framed as a personal battle between two major characters.

On the side of the law stands Art "Killer" Keller, a former CIA field agent who worked for the DEA for 30 years; a real loner, but he got his job done. Having put his personal nemesis, Adán Barrera, "the most powerful drug patrón in the world," behind bars in an American jail, he dropped off the radar (with the silent blessing of his DEA bosses) and when we first meet him he's in self-imposed isolation working as a bee-keeper at a monastery in New Mexico. But when the gangster makes a deal with the U.S. government it's as though a giant fist has upended a chess board: If the U.S. will send him back to Mexico to complete his prison term in a Mexican penitentiary, Barerra will give up a fellow drug kingpin.

Can you see the plot twist coming?

Once the other kingpin is out of the way Barrera arranges a jail-break for himself, and begins to rebuild his old organization. So the DEA asks Keller to go after Barrera full tilt, putting his meditative life behind.

In this story in which justice and revenge are often indistinguishable we never waver in our loyalty to the DEA agent. That's because Winslow lays it on pretty thick, making Keller both sympathetic and appealing. It has the effect of an offer difficult to refuse: he's the son of an Anglo father and a Mexican mother, Winslow informs us. He's "his own blues song, a Tom Waits loser, a Kerouac saint, a Springsteen hero ... a fugitive, a sharecropper, a hobo, a cowboy..." — lonely (we'll learn why as the story unfolds) — a dogged field agent who will not rest until he has put an end to the criminal career of his long-time opponent.

Barrera, the former "Lord of the Skies," has a few admirable traits, mainly his loyalty to a congenitally ill daughter (which Keller uses to lure him across the border), but once out of prison he's nothing but a monster, battling ruthlessly to regain his old seat and take his place as the first among equals in the cartels. He wants to be the man with the most money, the happiest family, the most beautiful mistress, and more power over life and death than anyone else. His struggle within the world of the cartels, and Keller's self-imposed vow to take him down, unfold with a starkness and grace — with shootings and beheadings and with revelatory scenes inside both the cartels and the DEA.

With a certain deftness and flow, Winslow composes highly engaging set pieces, like Barrera's prison break at Christmas time from the Guadalajara penitentiary, major clashes among various gangs, and government raids on cartel hideaways in cities and in the countryside and in jungles throughout Mexico and Central America. These long dramatic scenes bring life to the staccato reports we read in newspapers. Here is fiction based on the best journalistic sources, with lively dialogue, timely revelations, and overall the pace and feel of an exploded documentary.

It's a bit of a paradox that Winslow's smooth and consistently illuminating prose serves a narrative than can only appall the average reader — but that's what happens when you write a brilliant and informative work of fiction about a nightmare world that flourishes in the bright light of day.