Accessibility links
An American President Lost In The Wilderness Becomes 'Big Game' A Finnish production follows a head of state played by Samuel L. Jackson as he crosses paths with a teenager on his own in the wild.

An American President Lost In The Wilderness Becomes 'Big Game'

An American President Lost In The Wilderness Becomes 'Big Game' 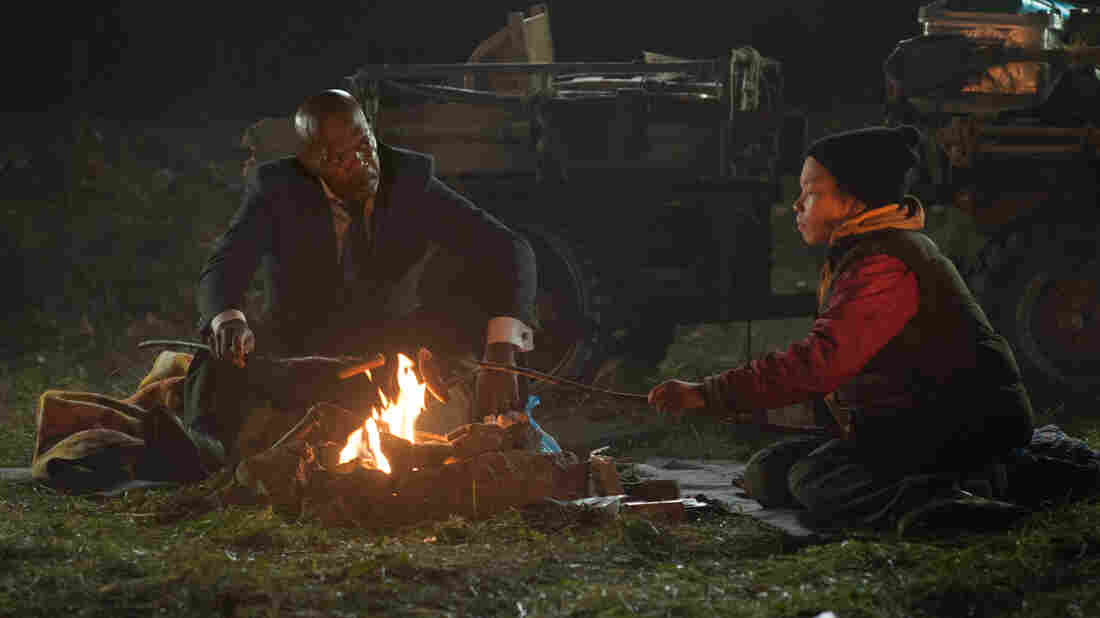 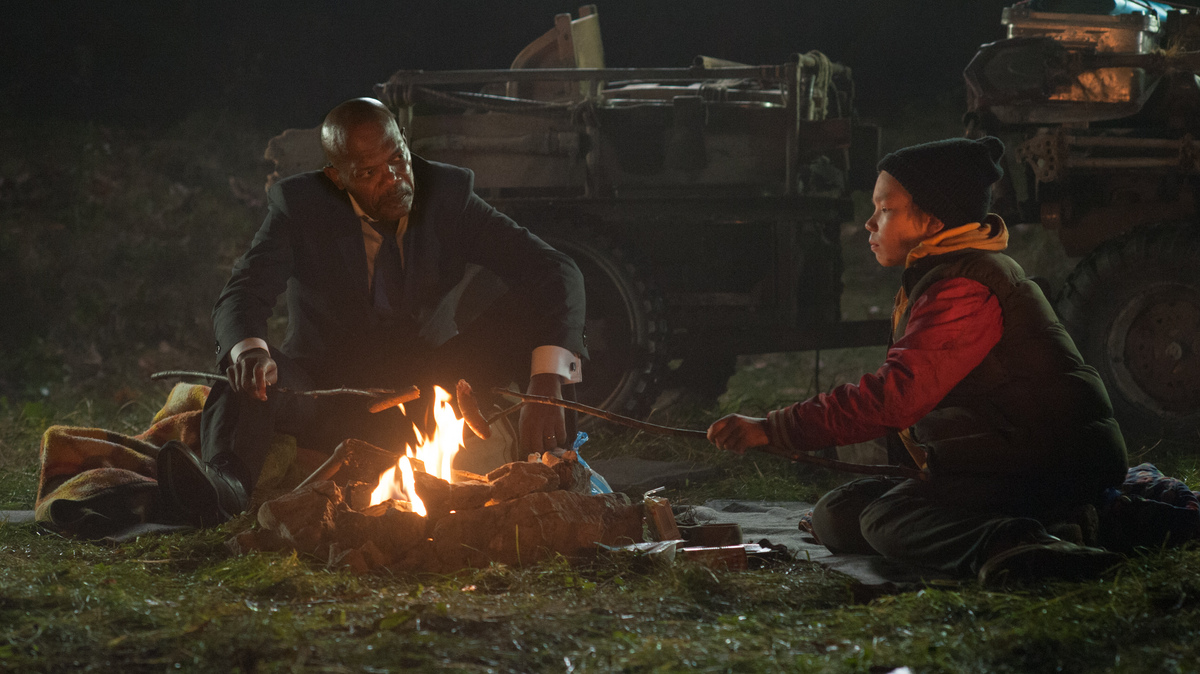 Samuel L. Jackson as The President and Onni Tommila as Oskari in Big Game.

There may be no American cultural force more powerful than the cheesy action movie. For proof, look to Big Game, a spectacularly silly explosion extravaganza where a kid saves the world, co-starring Samuel L. Jackson as the President of the United States. Americans are not the movie's intended audience: Big Game is a Finnish production, helmed by Finnish director Jalmari Helander, set in the remote Nordic mountains and co-starring Finnish teen actor Omni Tommila. He's the one who gets to exclaim, "Welcome to Finland, President," in a Schwarzenegger-esque deadpan as the leader of the free world treks through European forests in his suit and American flag pin. Welcome to the global film industry, President.

Tommila's stone-faced screen presence lets him recite these ridiculous lines without a trace of irony, which makes the film that much sillier. He's playing a kid named Oskari, the timid son of a legendary hunter. Oskari's turning 13, and according to his village custom, must spend a night and a day in the mountains hunting game to prove himself a man. It's safe to say bagging the President wasn't the kind of game Okari's elders had in mind, but, well, Air Force One is flying directly overhead, and a terrorist has been conspiring with the head of the Secret Service to bring it down. So, when Oskari gets to POTUS first, the directive has changed, as the characters in these movies tend to say.

An impressive cadre of actors—Victor Garber, Felicity Huffman, Jim Broadbent—watch the action back in a U.S. command center, where Garber's Vice President can tell the closest war general on hand that America is the most powerful country in the world. You either scoff at such dialogue, in which case you're probably also scoffing at the notion that the terrorists have working cell phones while POTUS doesn't, or you let it roll on by. After all, this is what we've taught the rest of the world belongs in action movies.

Jackson appearing in another country's action film as the President makes perfect sense: His face may be more recognizable overseas than Barack Obama's. Still, our country's most valuable delegate feels a bit underutilized. At one point, the baddies stuff him inside a freezer and cart him off by helicopter, yet he never makes a quip about being cold. Nor does he get to establish much of a rapport with the kid, who seems oddly incurious about what it's like to be a head of state. This is about lessons of bravery, and little else.

Helander previously directed the cult horror film Rare Exports: A Christmas Tale, which also starred Tommila, alongside a deranged Santa Claus. He's working in a more family-friendly mode this time (you can tell because Jackson only gets to say part of his favorite "M" word), but still having a blast twisting genre conventions. When Oskari first comes across the President's escape pod in the wilderness, there's a touch of the Spielberg wonder as he steps toward the Apollo-like device, bow and arrow drawn; the kid even first assumes the Commander-in-Chief is an alien. Ultimately, the President's fate comes down to Finland—specifically, whether his young Finnish charge can learn how to master the wilderness better than Air Force One, which winds up submerged, useless, in a lake. Maybe foreign leaders should make more of a habit of visiting, lest such a tragedy happen again.

Big Game comes from the same adorably naive throwback worldview as the recent Roland Emmerich picture White House Down, which also turned a fictional POTUS into an action star. At least this one has a better excuse for its credulity-numbing premise. Here we have the most readily available symbol of American power, as played by one of the most bankable stars in America, dropped into a country and a culture so disconnected from him that its onscreen representative doesn't have to know who he is. And yet, he knows what role he's there to play.

It seems only fair now to let kids from every other country line up to escort Samuel L. Jackson to safety. What kinds of misadventures could he get up to in Uruguay, or Mauritania? This could be the best use of cultural diplomacy since the foreign language versions of Sesame Street.