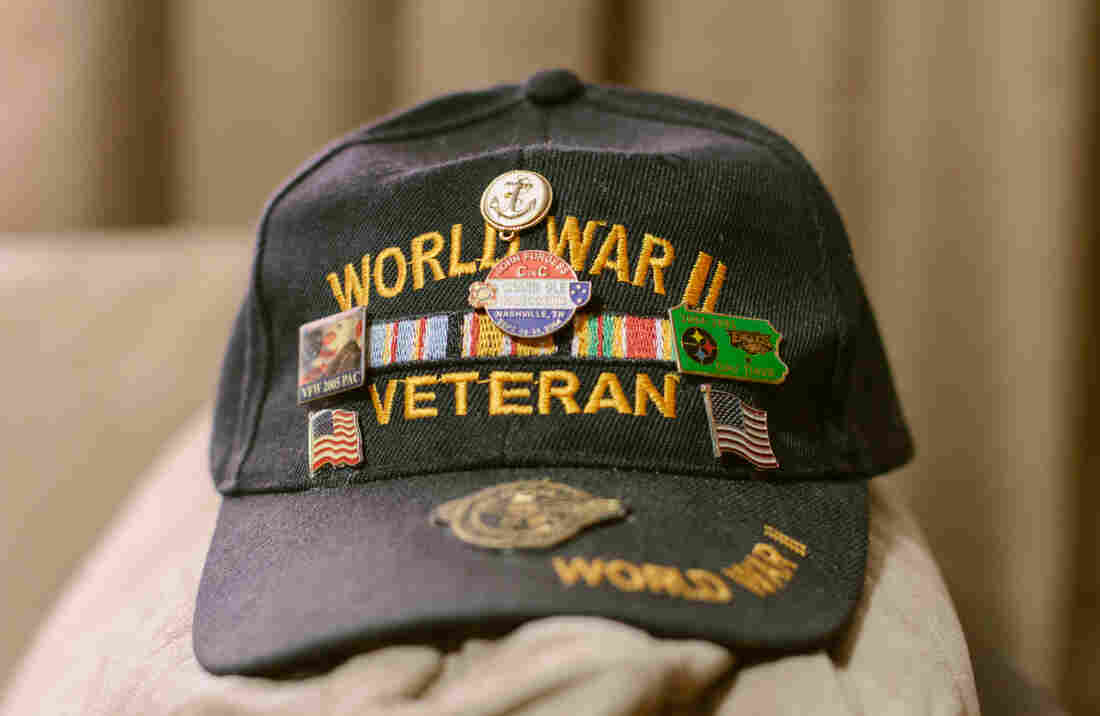 The favorite hat of Harry Bollinger, 88, a World War II Navy veteran who was a participant in secret military experiments that exposed him to mustard gas, causing long-term health problems. Kristian Thacker for NPR hide caption

This week, NPR reported that the Department of Veterans Affairs failed to live up to a promise to contact 4,000 veterans who were exposed to mustard gas in secret military experiments. In 1993, the VA promised it would reach out to each of those veterans to let them know that they were eligible for disability benefits. Instead, over the past 20 years, the VA reached out to only 610.

Brad Flohr, a VA senior adviser for benefits, told NPR the agency couldn't find the rest of the test subjects, because military records of the experiments were incomplete. "There was no identifying information," Flohr said. "No Social Security numbers, no addresses, no ... any way of identifying them. Although we tried."

That response from the VA surprised NPR Investigations Research Librarian Barbara Van Woerkom, who spends a lot of time tracking down sources for NPR stories.

"It just struck me as such a low number, knowing all the ways that I look for information to try and locate an individual," she says.

As part of an investigation into secret military experiments during World War II, NPR spent eight months gathering data on thousands of men who had been exposed to mustard gas. We submitted federal records requests under the Freedom of Information Act and reviewed paper records at the National Archives and Records Administration.

My goal was not to play gotcha with the VA. I wasn't trying to prove that I could find more than they could. ... I was determined to find as many vets as I could to give them the chance that they may not have had before.

Considerable data also came from Joy Schnurman, who spent nearly two decades gathering documentation of the tests with her now deceased husband, Nat — an effort that ultimately forced the Department of Veterans Affairs to begin offering compensation to test subjects in 1991. Nat had been permanently disabled after participating in experiments conducted by the Navy.

With the amount of information NPR already had on the test subjects, Van Woerkom decided to locate a few.

She typically finds people by using free and subscription-based public records databases. The key, she says, is identifying data points that can substantially narrow a search, such as a birth year or middle initial.

Van Woerkom started with a list of more than 1,400 Army participants the Schnurmans had obtained from VA epidemiologist Han Kang in 1993, because of the level of detail it provided. Kang had been working on a VA funded study on the health effects of mustard gas testing. The list included first and last names, Army serial numbers, and often, middle initials.

Van Woerkom says she had success right away, largely due to a free online database maintained by the National Archives that allows users to look up Army veterans by serial number. That database provided many of those key narrowing statistics — such as birth year, enlistment date and location. She used those details in other databases to hone in on individuals. 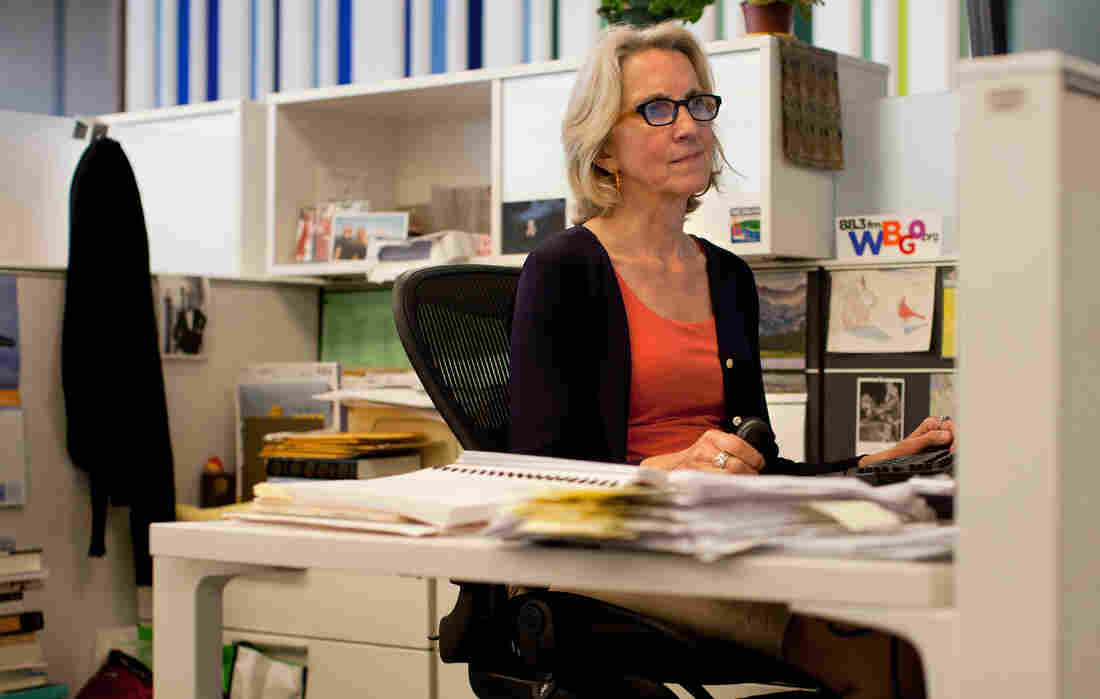 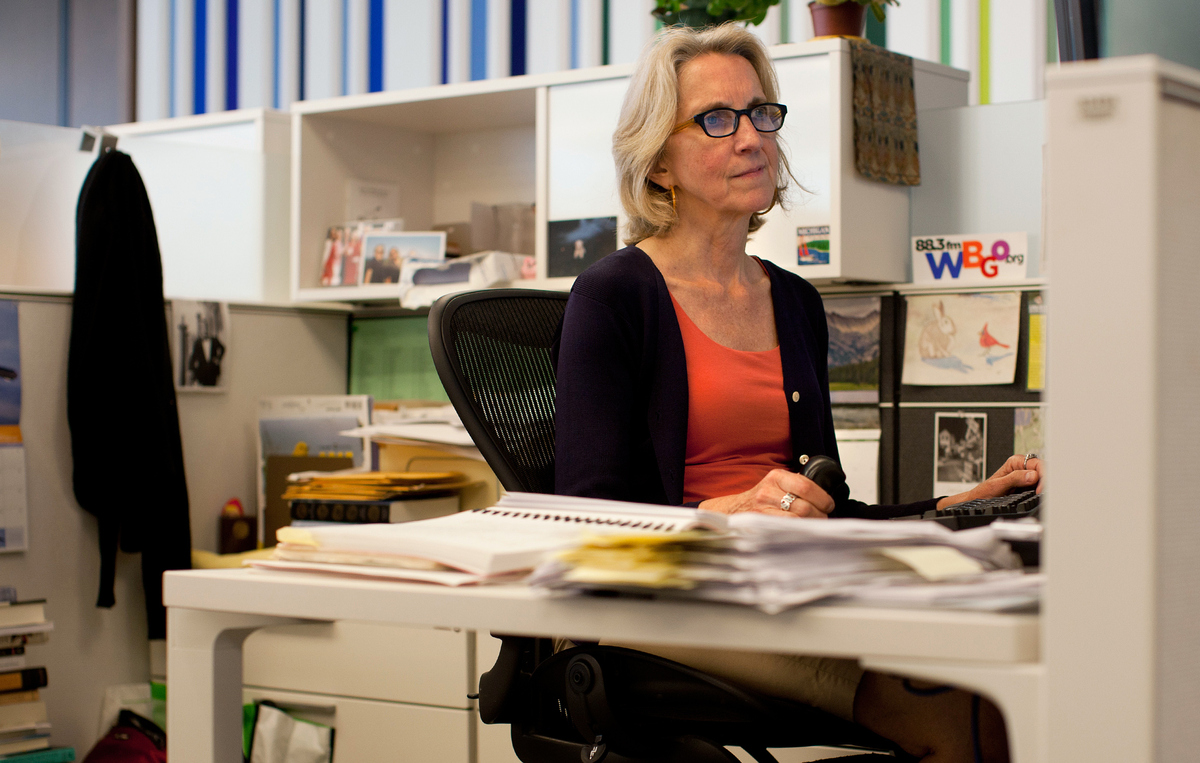 "I'd sit down with my coffee, open up the databases and get started," she says.

Van Woerkom required verification with two or more sources before determining someone had been successfully located. When she ran into road blocks, she often turned to obituaries and other newspaper clippings for clues.

She also picked up on patterns that helped her along the way. For example, the first two numbers of a veteran's serial number identify the region where he enlisted. The place of enlistment was particularly useful in locating World War II veterans, most of whom were born in the 1920s or earlier, Van Woerkom says.

"Quite often men would return home after the war because people did not move around as much then," she says.

Working through the alphabetical list, Van Woerkom discovered that about 95 percent of the test subjects had died.

Family members of veterans are sometimes eligible for benefits as well. In February 1993, VA Secretary Jesse Brown told the Richmond Times-Dispatch his agency would reach out to living veterans and their surviving spouses.

It took more than a decade for the VA to begin fulfilling that commitment. The agency sent 240 letters to veterans in March 2005, including 70 that went to surviving spouses. The VA blames the Department of Defense for taking 12 years to provide a database of information on test subjects. But VA employees had access to information on some of the test subjects years earlier. The VA's second and final outreach was made in 2008, when 370 additional letters were sent out.

Two months after beginning her effort, Van Woerkom had located more than 1,200 veterans, living and dead.

"My goal was not to play gotcha with the VA. I wasn't trying to prove that I could find more than they could. I just wanted to get to the end of the list because I was determined to find as many vets as I could," she says.

The VA responded to NPR's reporting, saying in a statement, "if NPR is willing to share with us the list of 1,200 or so veterans who they have been able to identify as having been exposed, VA will attempt to contact them to ensure they are receiving all the benefits and services to which they are entitled under the law."

NPR is working to make its research available to anyone online in the coming weeks. 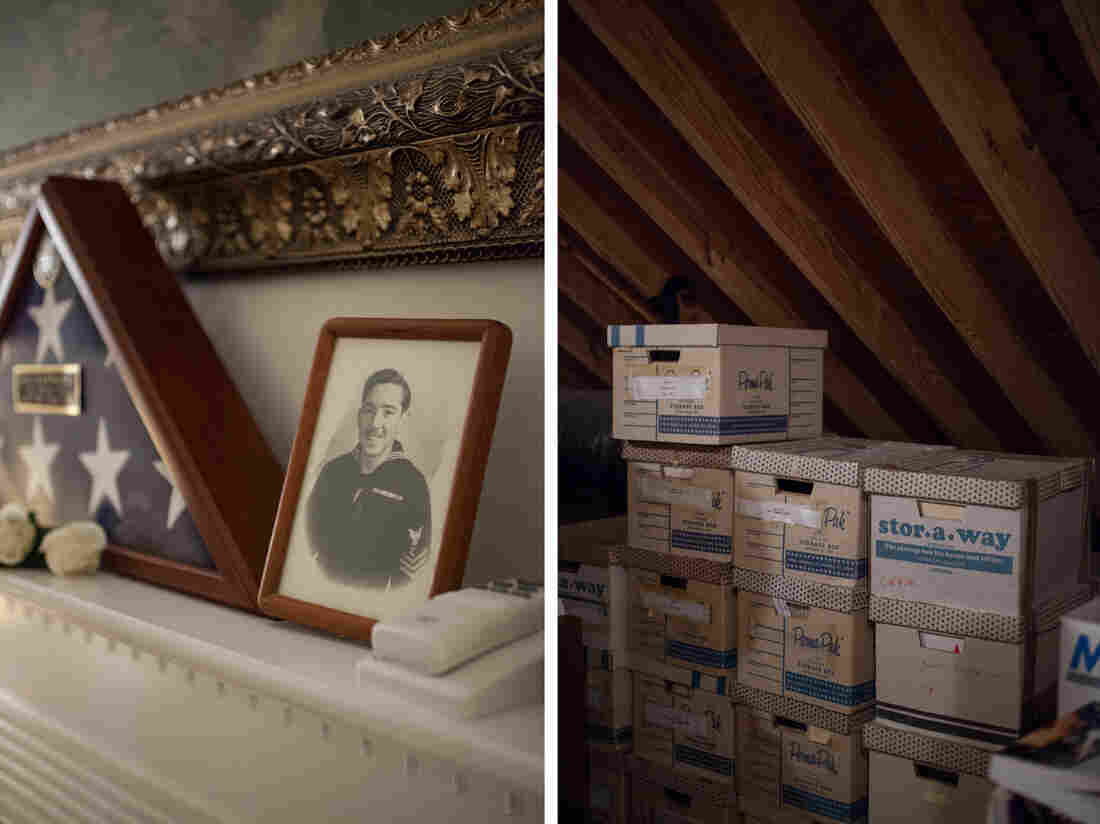 Relics from Nat Schnurman's activism still decorate the family home where his wife, Joy, lives. Boxes of medical records — his and those of other veterans — fill the attic, along with handwritten notes and appeals to the VA. Ariel Zambelich/NPR hide caption 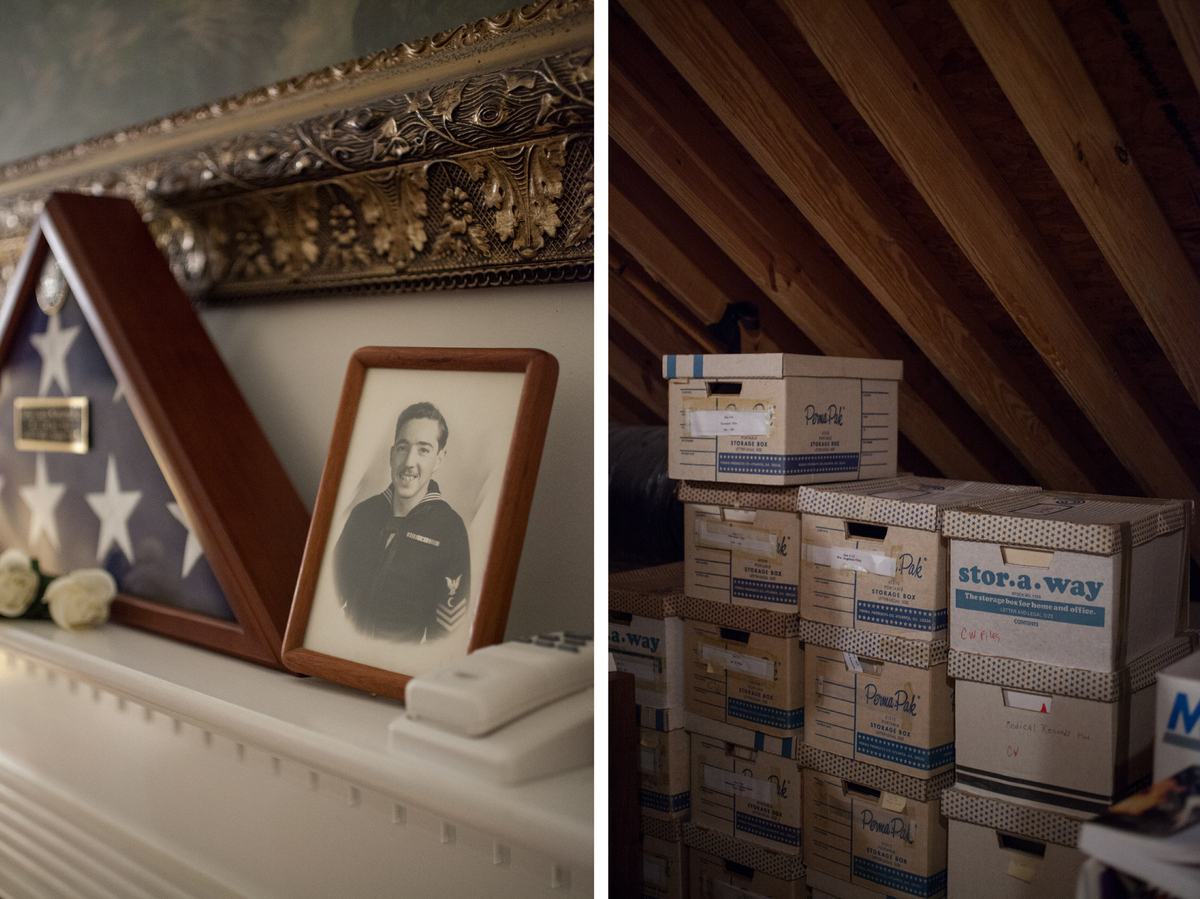 Relics from Nat Schnurman's activism still decorate the family home where his wife, Joy, lives. Boxes of medical records — his and those of other veterans — fill the attic, along with handwritten notes and appeals to the VA.