Accessibility links
For Mennonites, Question Of LGBT Membership Yields Few Easy Answers America's largest Mennonite group is divided over how to handle LGBT membership and same-sex marriage. As some call for "Christian forebearance" on disagreements, others wonder how far it can stretch. 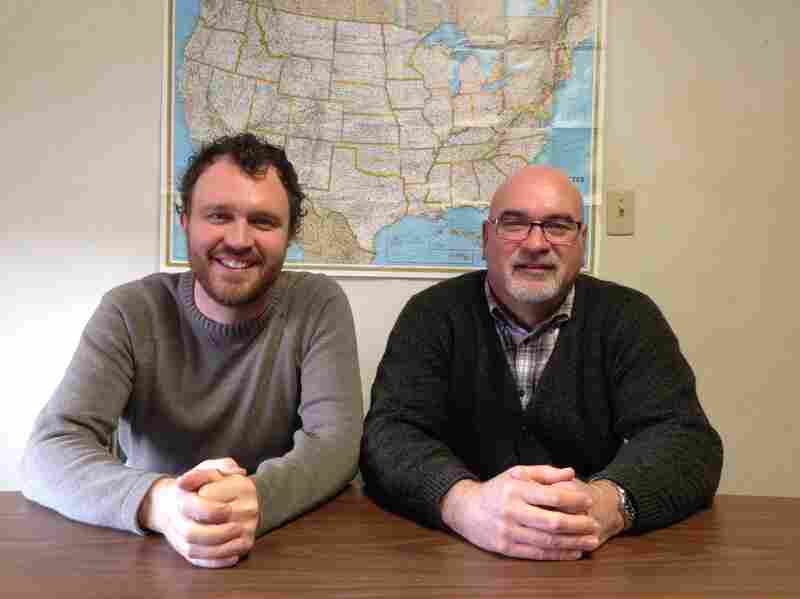 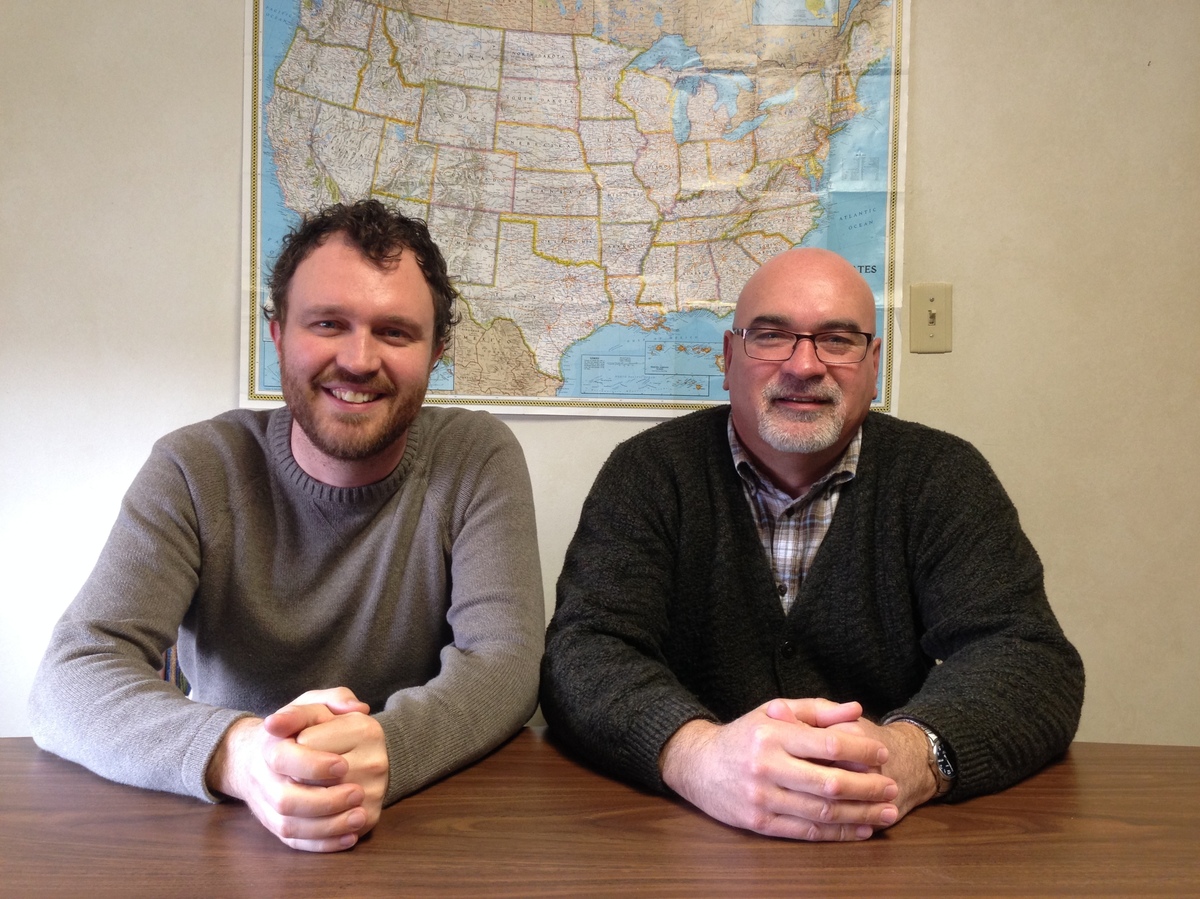 Ben Wideman (left) is the campus minister for University Mennonite Church in State College, Pa., and Marv Friesen is the church's pastor.

The Mennonite church encompasses an incredibly diverse group of people, including a small minority that still use a horse and buggy to get around. The largest organization in the faith — Mennonite Church USA — has nearly 100,000 members. Still, whatever the variety of its members, the church is known foremost for two things: pacifism and justice work.

Lately, though, the Mennonite church has been facing a split over how to interpret that ideal of justice — and how it applies to the question of gay and lesbian membership and marriage.

"I'm passionate about peace and justice, and I think that means justice for all, regardless of your sexual orientation," says Ben Wideman, a campus minister for University Mennonite Church in State College, Pa. "So having a church behind me that believes that's important as well means that I can engage students."

"After a year of many conversations, and prayerful discernment, we felt really good about the response in terms of folks here being more or less on the same page," says Marv Friesen, the church's pastor.

The official stance of Mennonite Church USA, however, is that homosexual activity is a sin, and that marriage is between a man and a woman. 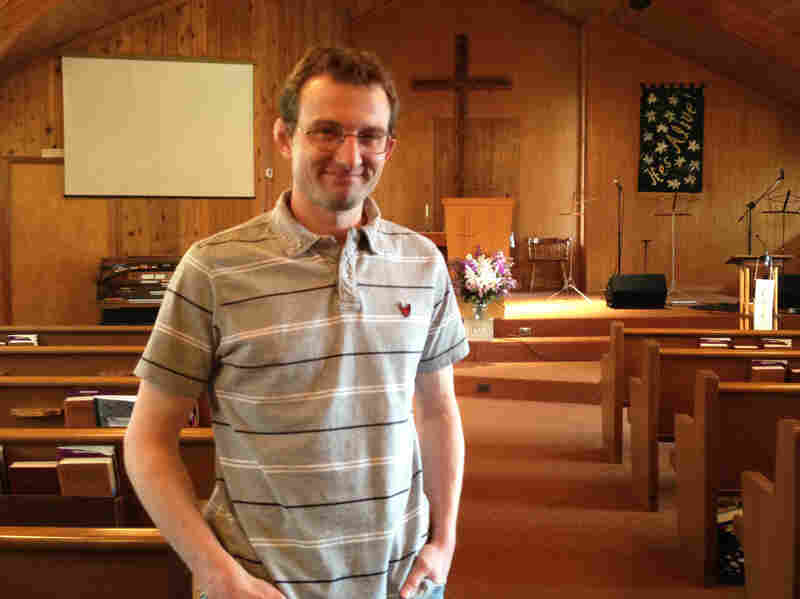 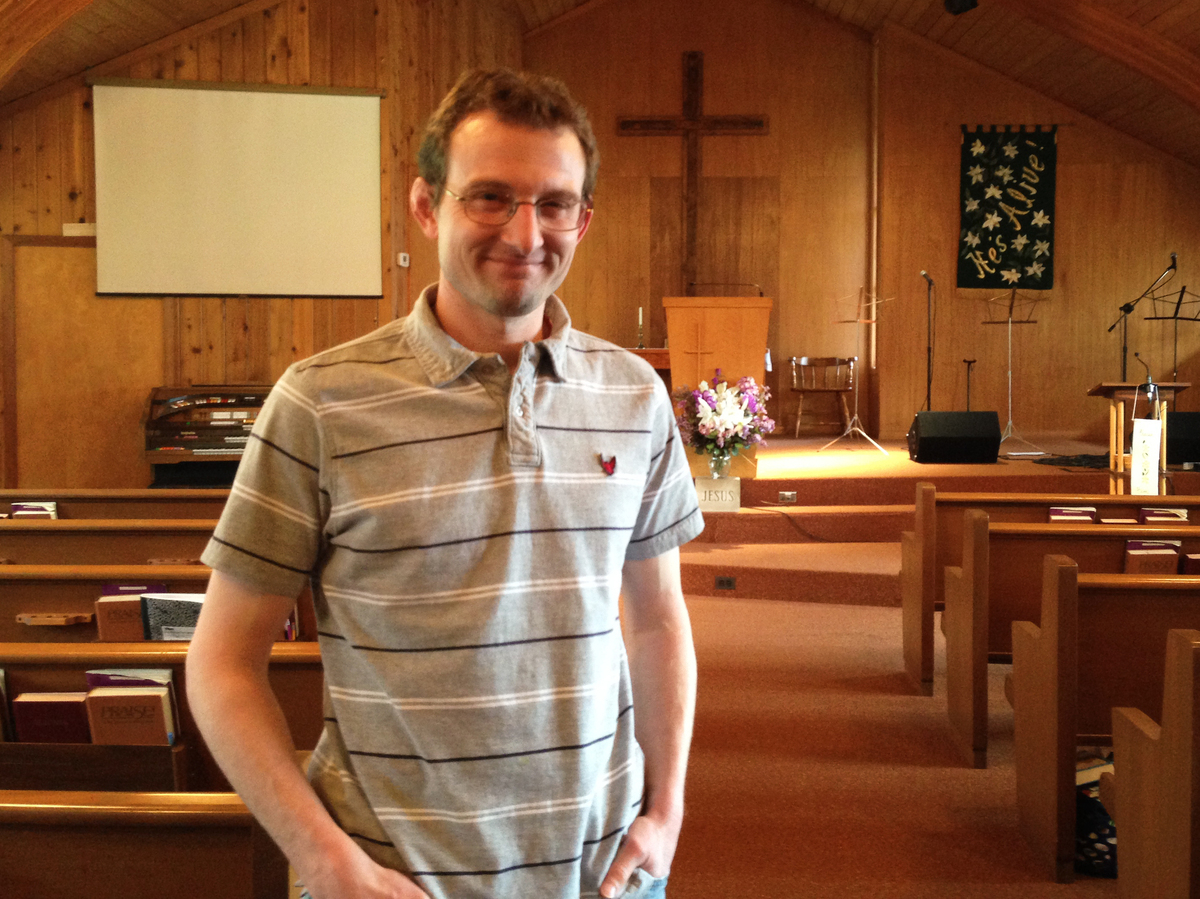 Steve Olivieri is the pastor at Cornerstone Fellowship of Mill Run in Altoona, Pa.

"I don't want to do some of the things the Bible says sometimes, lot of times — but I still have to do it," says Steve Olivieri, the pastor at Cornerstone Fellowship of Mill Run in Altoona, Pa. He says that his church is more literal about Scripture.

"We understand that whenever a passage says, 'The following shall not inherit the kingdom of God,' and it lists homosexuals, we believe that's a lifestyle choice that you make," he says.

The State College church is not the first to allow gay members. One Mennonite church in a suburb of Washington, D.C., was sanctioned 10 years ago by its regional conference for accepting gay and lesbian members; only a few months ago was it welcomed back.

Because of that reinstatement, Olivieri's church — which had been part of the same conference — voted to pull out of the conference and Mennonite Church USA.

"We are in a sense not really leaving," he says. "They are the ones that essentially have left true biblical Christianity in this respect."

Donald Kraybill, who studies Anabaptist religions at Elizabethtown College in Pennsylvania, says that one of the biggest reasons for divisions within all faiths is the quickness with which same-sex marriage is becoming legal.

For Same-Sex Marriage Opponents, The Fight Is Far From Over

"Typically when you have social change, it may occur over one or two generations," he says, "and to put it in a fast track and to try to make decisions about it in a matter of two or three years can be very dangerous for the health of a community."

At an upcoming Mennonite Church USA conference, delegates will vote on a resolution that's crafted to please both sides. It proposes recommitting to current guidelines barring LGBT membership, while still asking for "Christian forbearance" on disagreements.

Friesen says that he's hoping for clarifications, but that his congregation won't be quick to break away.

"Within my own extended family, we would not agree on this topic. That doesn't mean that we cut each other loose or walk away from each other," he says. "It means that there's something more important, significant in the relationship that makes it worthwhile for us to hang in there with each other."

If the resolution passes, Friesen says that his congregation will likely remain welcoming to LGBT members — and see just how far that Christian forbearance can stretch.