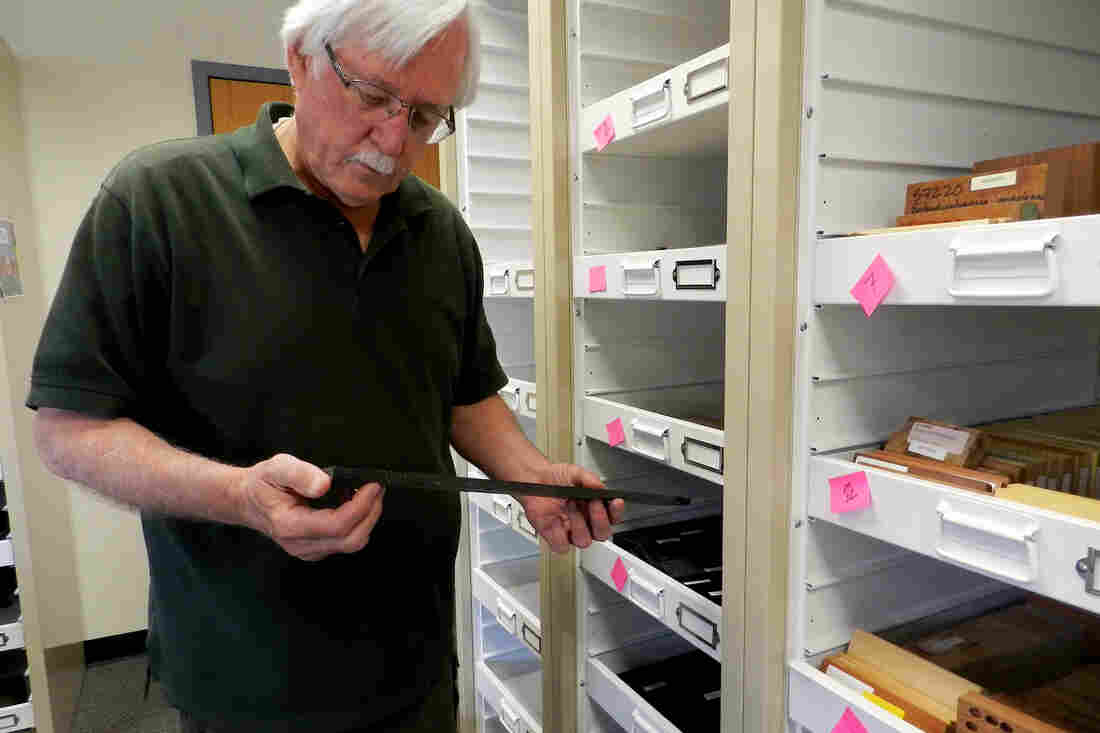 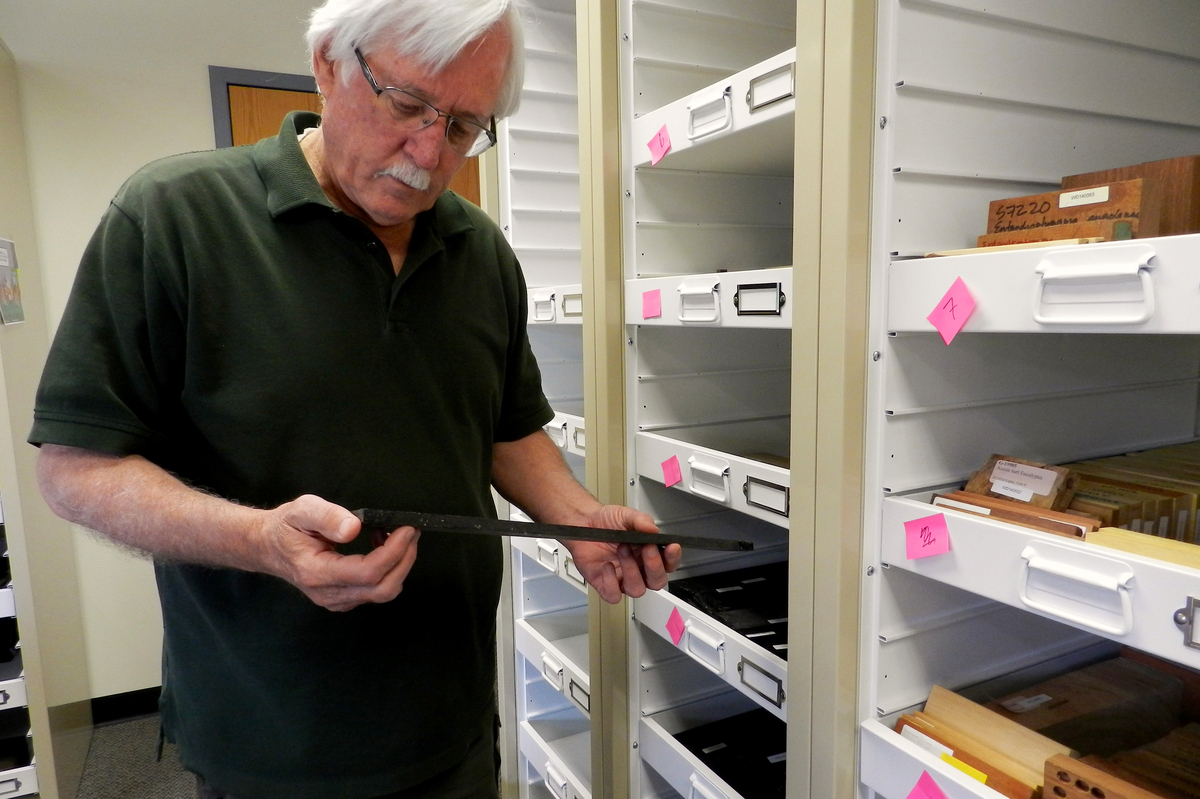 Before you prosecute thieves, you have to know what they stole. It's the same for crimes against nature.

The world's only lab dedicated solely to wildlife forensics is in southern Oregon. The lab usually specializes in endangered animal cases, but armed with a high-tech device, it's now helping track shipments of contraband wood.

There's a small woodshop at the U.S. Fish and Wildlife Forensics Lab. But there's no sawdust, or power tools. The shop is more like an archive, containing samples of some of the rarest woods on the planet — African mahogany, Brazilian ebony and more.

The samples lean neatly on dozens of shelves. Lab director Ken Goddard flips through wooden planks the size of cellphones. They're used to help identify illegal shipments of rare woods.

"Basically you would not continue an investigation unless you're pretty sure you're dealing with endangered or threatened species," Goddard says.

With shipments of processed wood this can be challenging because the limbs, leaves and DNA-rich sapwood have been removed. Just a few steps down the hall from the woodshop, deputy lab director Ed Espinoza leads the center's new forensic work on timber.

"If somebody had just called me out of the blue first saying, 'Can you identify wood with your mass spec?' I would have said, 'No, that's crazy,' " Espinoza says. 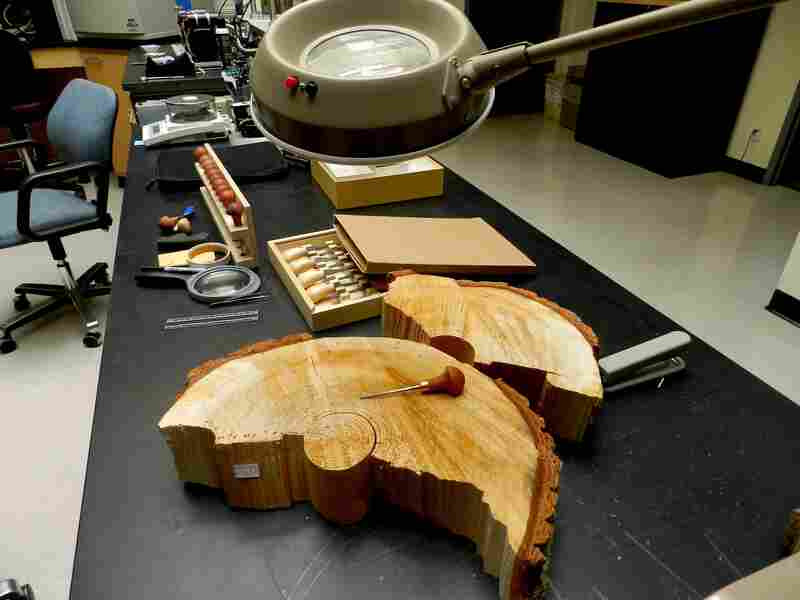 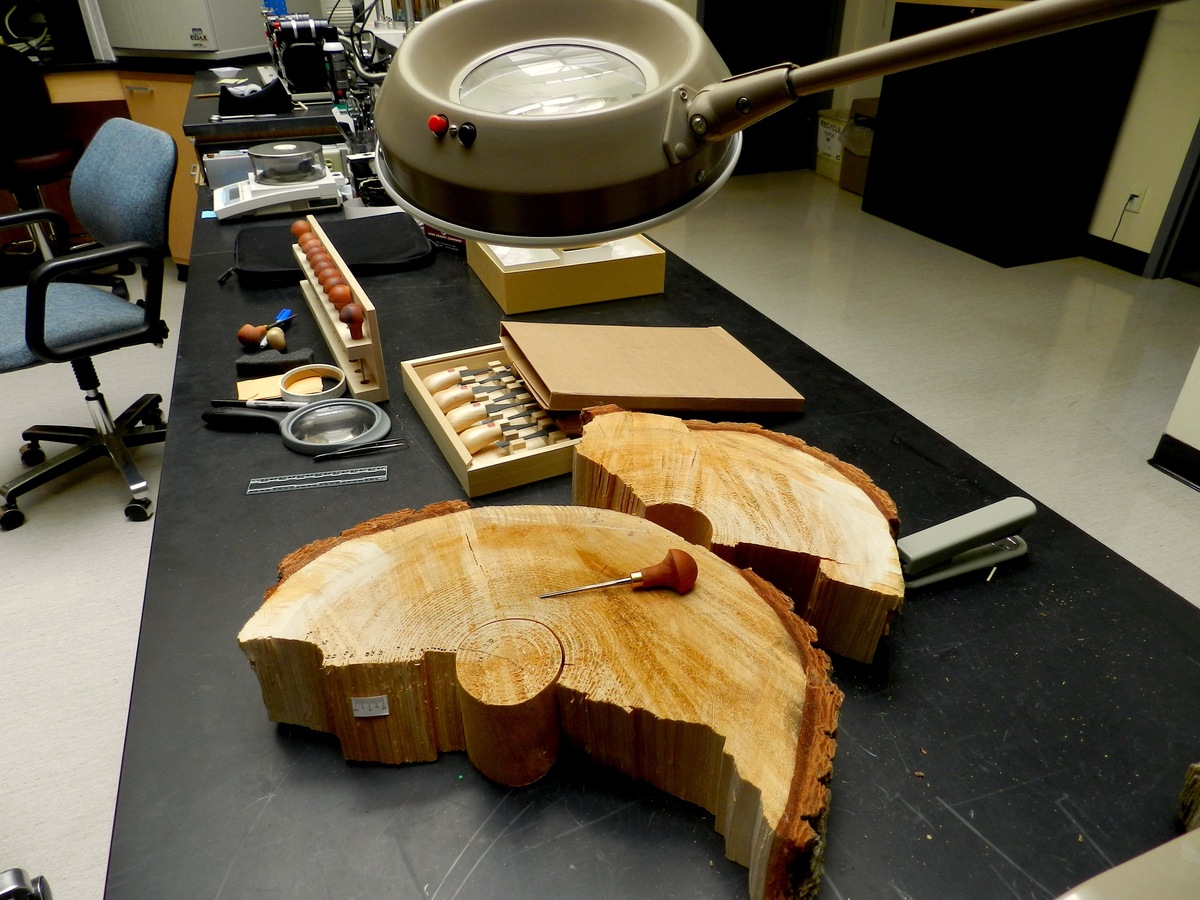 It doesn't look or sound like much. It's more like a humming laser printer, with a propane cylinder attached. But the humble exterior hides some powerful technology.

A few years back an investigator asked if the lab could identify the wood confiscated in an alleged illegal shipment of agarwood, a protected incense tree. It struck Espinoza that he may be able to use the DART to identify the aromatic wood, which is used to make perfume.

"Originally we had no idea if it was going to pan out or not. But I knew if it had an odor ... this instrument is kind of like a massive nose, almost," he says.

Espinoza shaves off a small sliver of the wood. With tweezers, he feeds a sample into the DART. It needs just seconds to whiff the compounds and identify agarwood's unique chemical signature.

"It didn't occur to me until after the fact that I could apply it to other types of wood," he says.

Espinoza and his team began collecting baseline samples of protected trees from around the world. These are the ones stored in the lab's woodshop now.

In April, the lab became the first and only facility internationally certified to tell law enforcement that one sample is, say, legally traded Amazonian rosewood, versus contraband Brazilian rosewood.

The knowledge that investigators can send samples to the lab when working on a case increases interest, Gardner says.

But international timber trafficking is a huge global business. Interpol estimates it's worth up to $100 billion a year. And Goddard, the lab director, says there are broader conservation goals at play.

"I think these wood cases are far more important than just the wood," he says. "Trees can be regrown. They are replaceable. That may not be true for the species that lived in that forest."

That's why disrupting illegal logging can save more than just a tree. It can also protect the homes of mammals, birds and insects.