Accessibility links
A Bar, Blackjack And Best-Sellers: One Author's Big Break Ben Mezrich had been a struggling author, without a regular job and knee-deep in debt. But that all changed at a dive bar in Boston, when Mezrich saw a local college student whip out a $100 bill. 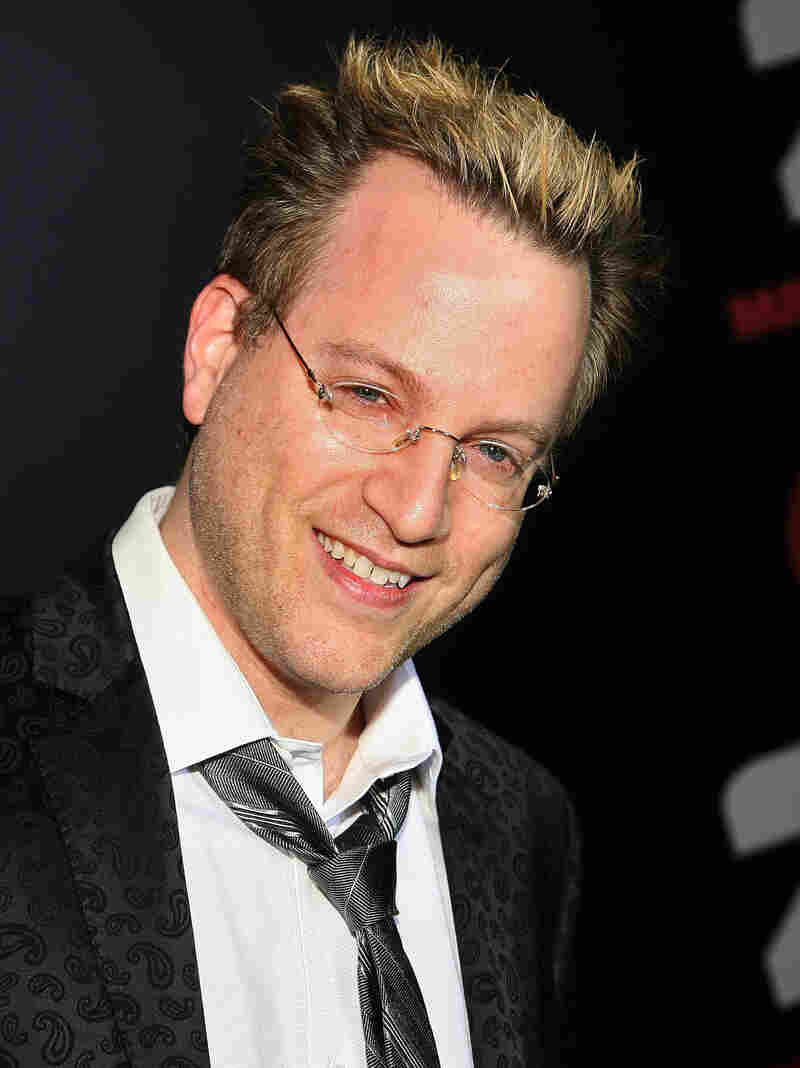 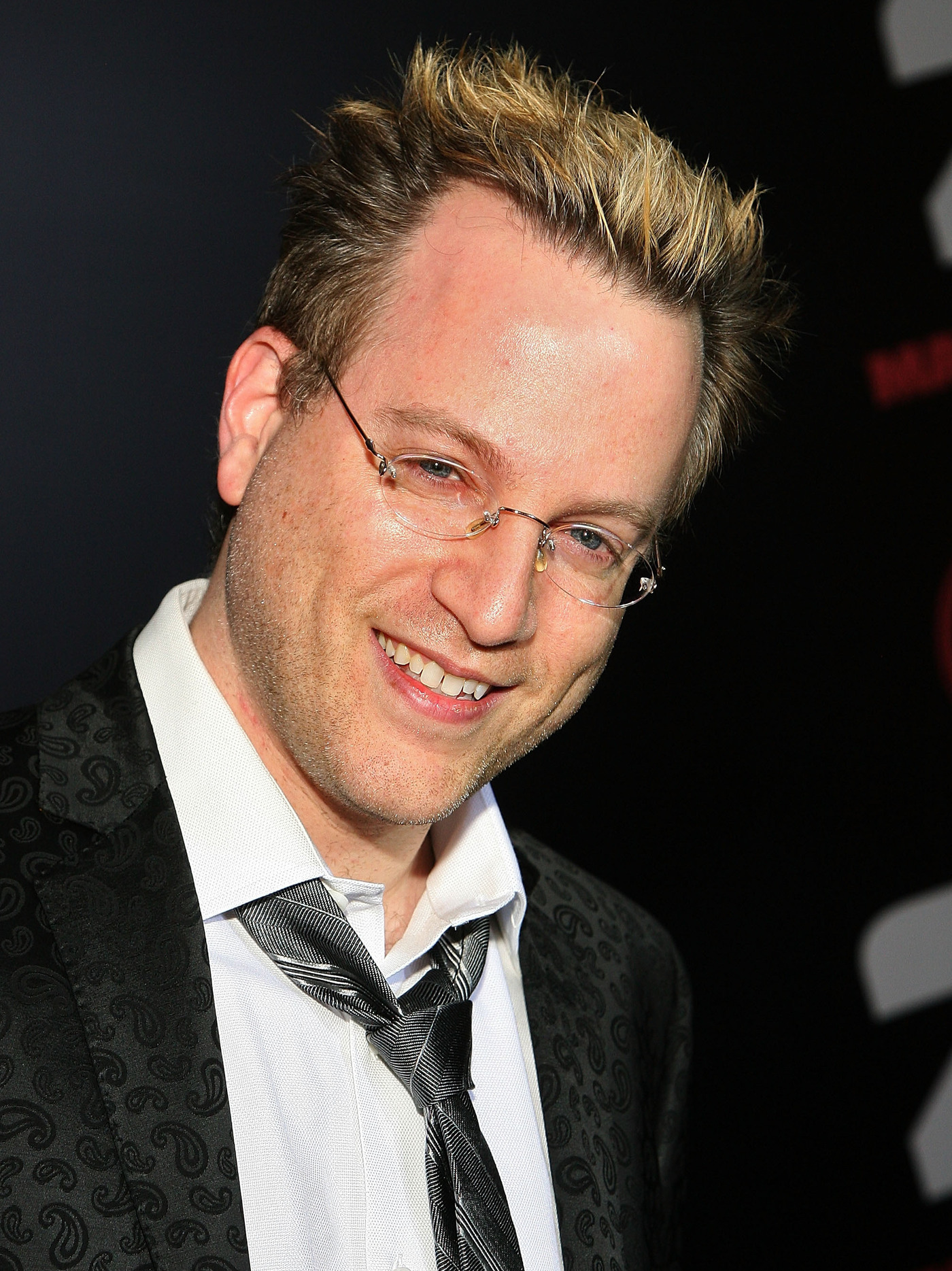 Ben Mezrich at the premiere of 21, the film adaptation of Bringing Down the House.

Once — before he'd hit the New York Times Best Sellers List, before he'd hosted a TV show, before he'd written a book whose film adaptation got an Oscar nomination for best picture — Ben Mezrich was just another struggling author.

"My first six books were medical thrillers that nobody read," he laughs. "Trashy, pop, sci-fi medical thrillers. One of them became a TV movie called Fatal Error, which is really horrible [and] airs at about 2 in the morning."

He was deep in debt and using credit cards to pay rent.

The night that things changed, a friend took him to an Irish pub in Boston called Crossroads, just across the Charles River from the Massachusetts Institute of Technology.

"There was this group of kind of geeky MIT kids who used to hang out there," Mezrich remembers. "They were regular MIT kids, but they had tons of money and all of it was in hundred dollar bills."

He remembers that those crisp bills caught his eye.

Mezrich was introduced to the group. Among them was a tall, athletic kid named Jeff Ma.

"'Why do you have all this money in hundreds?'" Mezrich remembers asking Ma. "And he invited me to his apartment and pointed to his laundry — and in his laundry was $250,000 in stacks of hundreds. It was incredible. I'd never seen so much cash in one place. And he said, 'Come to Vegas with me tomorrow; I want to show you something.' "

Mezrich had no regular job and was deep in debt anyway, so he figured: why not?

"It was him and five of his buddies, and the driver took us to this suite on the Strip. And the MIT kids came in and started pulling money out from under their clothes. They piled it up, and it was a million dollars in cash." 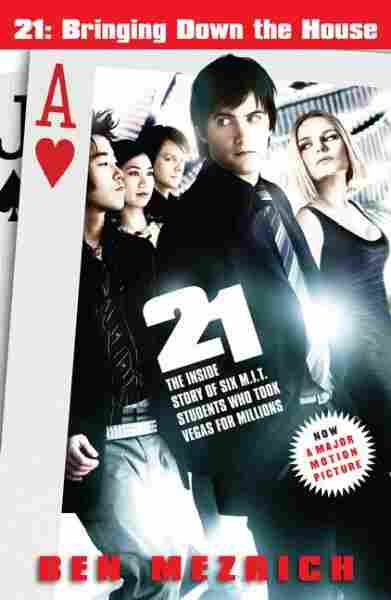 21 Bringing Down the House

The kids from the dive bar were members of the MIT blackjack team. They invited him to watch as they hit the blackjack tables with their elaborate system for counting cards, complete with costumes, false identities and secret hand signals.

"It was like a real operation going on," he says. "I was blown away, because I'd been spending the past few years writing all this crap that nobody was reading. And here was a true story that was better than anything I could come up with on my own."

When Mezrich got back to Boston, he wrote up a book proposal and sent it off to his agent. The agent wasn't incredibly impressed. Las Vegas just wasn't "hot" yet, Mezrich recalls. This was back in the late '90s, before Ocean's Eleven and poker on TV.

He got his smallest advance ever — smaller than those medical thrillers — and his book, Bringing Down the House, was scheduled for a print run of just 12,000 copies.

To help promote the book, he wrote an article about the MIT blackjack team and their methods for Wired magazine.

Kevin Spacey read that article, called Mezrich, invited him to lunch at the Beverly Hills Hotel and told him he wanted to make a movie out of the book. The film adaption — renamed 21 — was released in 2008.

And that wasn't his only big break: A week before the premiere of 21, Mezrich received a strange email from someone who claimed that their friend had founded Facebook. That led to his meeting Eduardo Saverin, the co-founder and former chief financial officer of Facebook, who told Mezrich that he had "a story to tell."

That story became the best-selling Accidental Billionaires, which led to more phone calls from Hollywood mainstays: Aaron Sorkin, who wanted to adapt the book into a screenplay, and David Fincher, who wanted to direct the film. In 2010, The Social Network netted an Oscar nomination for best picture.

Mezrich's latest book is called Once Upon A Time In Russia: The Rise Of The Oligarchs, which chronicles the dramatic rise and fall of Russian billionaire Boris Berezovsky in the years after the fall of the Soviet Union.