Accessibility links
After Marriage Equality, What's Next For The LGBT Movement? One commentator worries that, going forward, other serious issues for LGBT Americans may garner less support "because it's just not as fun to be involved in" as in the marriage equality movement. 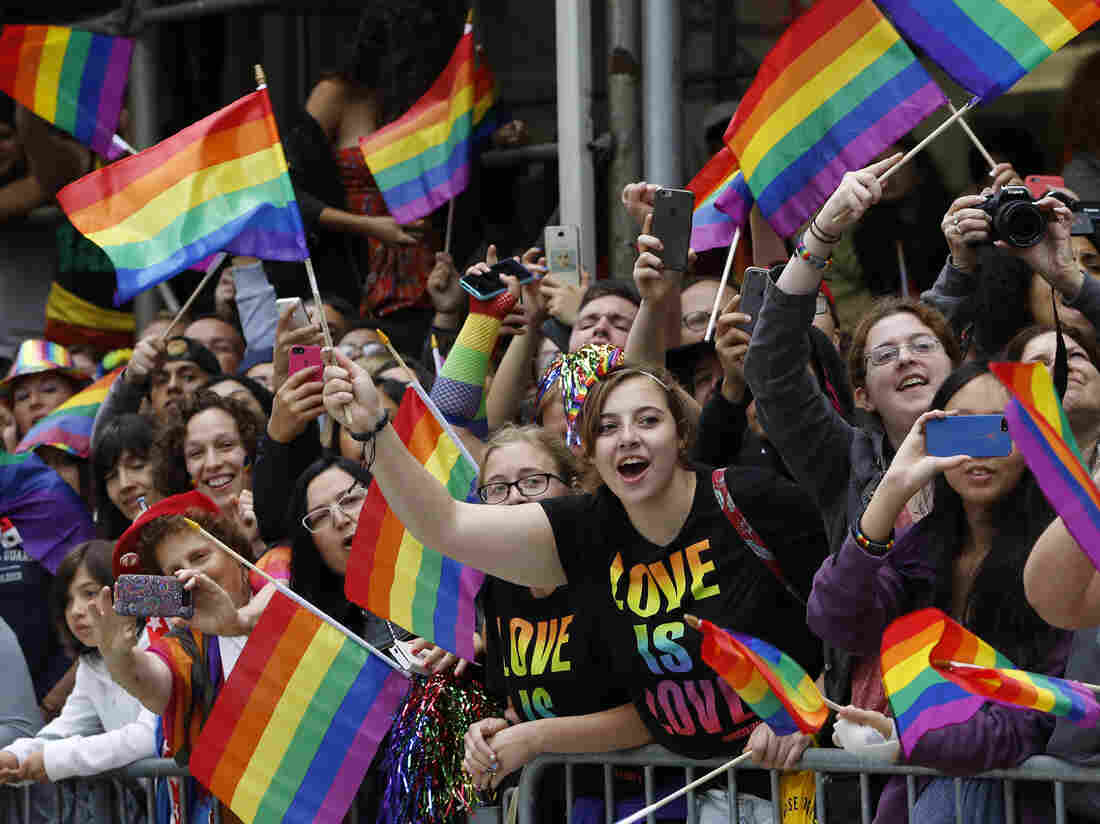 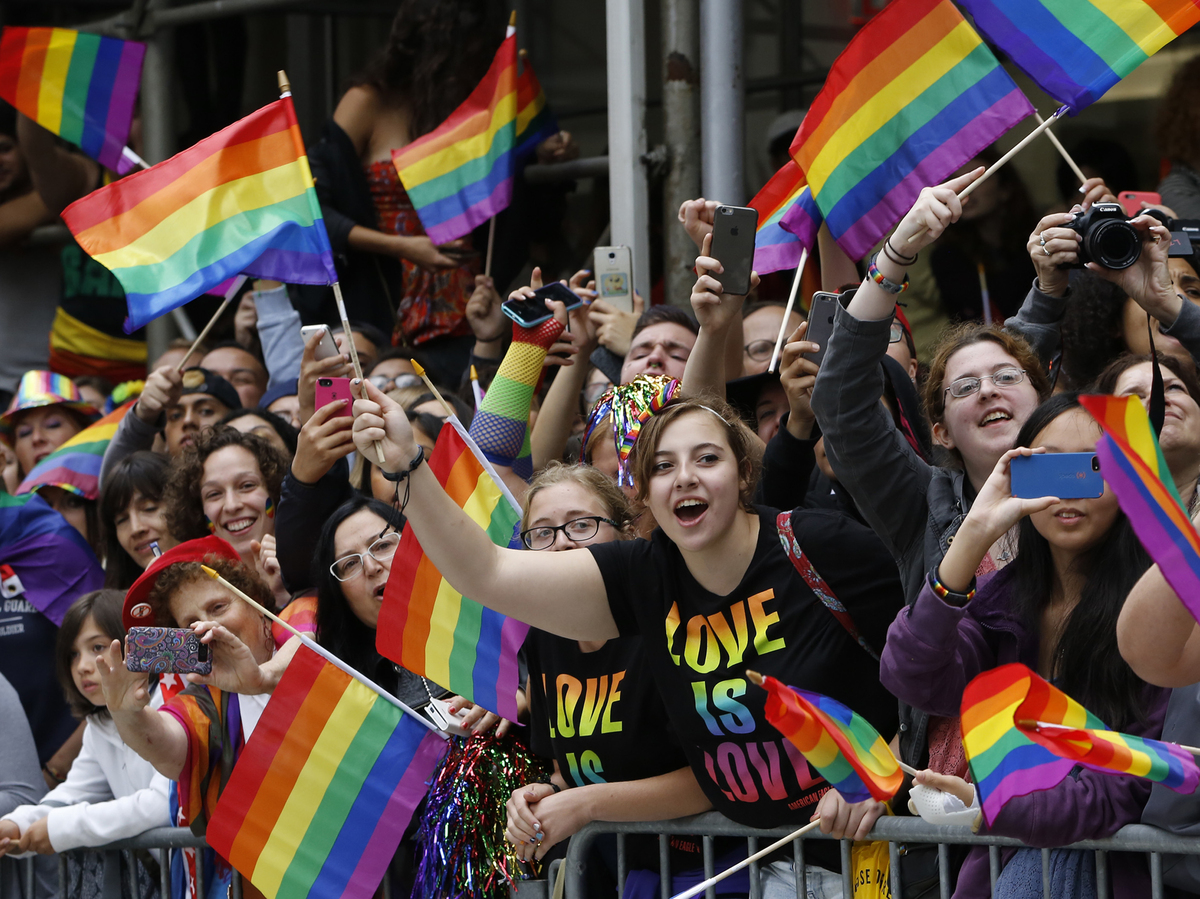 A crowd waves rainbow flags during the Heritage Pride March in New York on Sunday.

Amid celebrations about the Supreme Court's decision legalizing gay marriage, some within the lesbian, gay, bisexual and transgender community are also raising concerns about what may lie ahead for them.

J. Bryan Lowder, an editor at Slate, outlined his own concerns earlier this week in a piece that he published before the Supreme Court decision, titled "The Real Dangers of Same-Sex Marriage." In the article, he writes the he is "worrying ... about what the solidly established right to marriage might do to queer people and to the unique community we've created over the past century or so."

Aside from marriage, "there are many other issues in the community that are more important to certain individuals," Lowder tells NPR's Arun Rath. Marriage "is a very happy kind of cause," he says, and "I do worry that once marriage equality is done, we're going to lose some of the allies that we've had in the past because it's just not as fun to be involved in it."

On why marriage may not be right for everyone

In some cases, couples don't want to get married, they would prefer to have the domestic partnership. And that can be for ideological reasons, they may not, sort of, like the institution of marriage.

But also, in certain states where there are no discrimination protections for LGBT people, you know, there's the line that says, "If you get married on Sunday, you could get fired on Monday." So forcing people, in a sense, to get married by getting rid of these domestic partnership agreements could make them have to come out to their communities ... [putting them] in danger of being discriminated against.

On implications for future support for other LGBT causes

The interesting thing about marriage as a social cause over the past few decades or so has been that it is a very happy kind of cause. It's easy to brand it as a beautiful thing because we all love to see pictures of people being happy and in love. It's very easy to share on social media, which ... incidentally [has] arisen alongside the marriage equality movement. And so marriage in some ways has been an easy sell. I don't want to overstate that, because obviously there's been a lot of intense activism to get to the point we got to.

But the things that are coming up for the LGBT community next — such as discrimination or trans-phobia — all the things we're coming to next in our movement are just not as easily shareable and happy. So I do worry that once marriage equality is done, we're going to lose some of the allies that we've had in the past because it's just not as fun to be involved in it. And I hope that's not true, but I think it could happen.

On other LGBT issues that deserve attention

A lot of, for instance, trans[gender] individuals would much rather have more protections for their particular issues than for marriage equality. Also, LGBT homelessness among youth is a huge problem in this country, in cases where parents kick people out for identifying as queer. So fixing that problem might be a more immediate concern for those individuals than, you know, getting married. ... There are many other issues in the community that are more important to certain individuals.

What marriage may mean for gay culture

Because gay people and lesbian people and the entire community did not have the ability to get married, that was not a goal within the community. So you didn't grow up as a gay kid hoping for your wedding, because it just wasn't a possibility. Some people may have wanted it, but most of us, you know, just didn't think about it because it wasn't on the table.

And so, I think that that allowed us to imagine different ways of being in romantic relationships and loving. So for some of us, that meant monogamous relationships that looked exactly like a married couple, and just didn't have the legal imprimatur of the state. But for other people, they had many different kinds of arrangements.

And so what I do worry about is, with this opportunity being offered to everyone now — which is clearly a great thing — maybe we will lose some of that imagination that the gay community has had in the past to think about how to live in different ways and, you know, really offer a critique to straight culture of how we can arrange our romantic lives.