Accessibility links
Review: 'The Star Side Of Bird Hill," By Naomi Jackson Naomi Jackson's first novel follows a pair of Brooklyn sisters sent to live in their mother's small Barbados hometown. Critic Michael Schaub says "it's not a perfect book, but it's a lovely one."

A Lyrical Coming Of Age Tale In 'Bird Hill'

A Lyrical Coming Of Age Tale In 'Bird Hill' 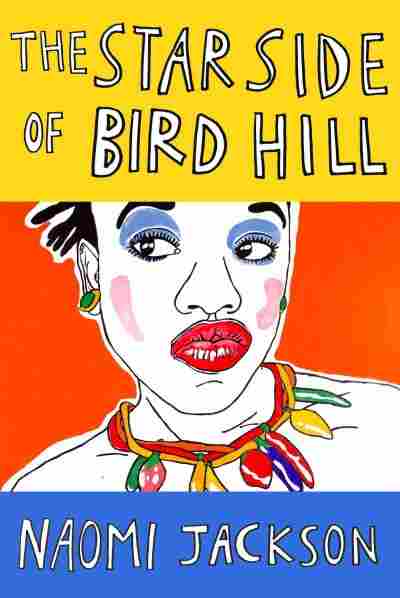 The Star Side of Bird Hill

Title
The Star Side of Bird Hill
Author
Naomi Jackson

"Life is a funny thing, you know," says a character in Naomi Jackson's The Star Side of Bird Hill. "Just when you think you know what you're doing, which way you're headed, the target moves." He makes a good point — our lives have a way of taking detours without our consent, and the result can be like riding in a car that drives itself.

Things don't necessarily get easier with age, either. The three characters at the center of The Star Side of Bird Hill — 10-year-old Phaedra, 16-year-old Dionne and their grandmother, Hyacinth — are confronted with a series of life-altering events, each one darker than the last. Jackson's novel is the story of how they roll with the punches, or try to, while keeping their eyes on a target that never seems to stop moving.

Phaedra and Dionne are fairly typical American girls, living in Brooklyn in the 1980s with their single mother, Avril, a nurse who works with AIDS patients. She has a hard time making ends meet, and her crippling depression doesn't make things easier. Unable to give the girls the attention she thinks they need, she sends them to live for the summer with her mother, Hyacinth, in Bird Hill, the small community in Barbados where Avril was raised.

Dionne is — to put it mildly — not thrilled. She's forced to leave behind her boyfriend and schoolmates in New York, and she finds her new home claustrophobic: "Dionne hated most things about Barbados, especially the weather. ... Maybe this is what growing old was like, she thought. Maybe the world gets smaller and smaller until there's nothing but the walls around you to show you where you end and the rest of the world begins."

Phaedra, however, is happy to give the town a chance. Brooklyn "was beautiful in its own way, but it wasn't hers." She takes to the town's natural beauty, playing at night in the graveyard with her new friends. She doesn't care for Bible school, and she gets bullied by Barbadian students who mock her American accent, but she begins to "feel herself standing taller, as if she could tap into the better parts of herself more readily in Bird Hill than she could in Brooklyn."

And then there's Hyacinth, the town's midwife and practitioner of obeah, the West Indian folk religion. She struggles to teach the girls about work and devotion, all while worrying about her daughter's health and how she'll be able to provide for her new young charges. She's proud and self-effacing, turning away compliments, reluctant to accept charity.

As a coming-of-age novel, The Star Side of Bird Hill is perfectly fine — it's affecting but mostly unsentimental, and Jackson gives the characters enough depth to avoid them turning into archetypes. Dionne is bratty, but she has a soft side; Hyacinth, while certainly intelligent and loving, never becomes the stereotype of the wise elderly sage who can fix any situation with a few well-chosen words.

The book, though, belongs to Phaedra, an unforgettable character and the best thing about the novel. She's complex, smart and has a sense of introspection that her sister seems to lack. And when a friend throws a rock that connects with her head, then later offers her his jersey when it's cold, she rejects him hilariously: "No, I do not want your sweater, Christopher. What I do want is a reason why you thought it would be a good idea to try and kill me with the biggest rock you could find."

Jackson's book is excellent for a debut novel, though it's not entirely without its flaws. Supporting characters tend to come and go quickly, which is a shame; Jackson writes with a perspective that's both sympathetic and observant, and readers might find themselves wanting more of the fascinating people of Bird Hill. The plot seems to get away from her toward the end — while there's one twist that's tragic but necessary, there's another that, while certainly shocking, seems forced and unearned.

But these are hardly mortal sins, especially for a first-time novelist. The Star Side of Bird Hill is worth it for Phaedra alone, and for Jackson's evocative, lyrical writing — she makes Barbados come to life, and she's comfortable with both humor and pathos. It's not a perfect book, but it's a lovely one, and Jackson seems likely to have a distinguished career ahead of her.

Read an excerpt of The Star Side of Bird Hill