Accessibility links
What Happened To British Loyalists After The Revolutionary War? Not everyone celebrated when the British surrendered at Yorktown. About a fifth of all colonists remained loyal to the Crown; for them, the American victory spelled exodus and, often, more violence. 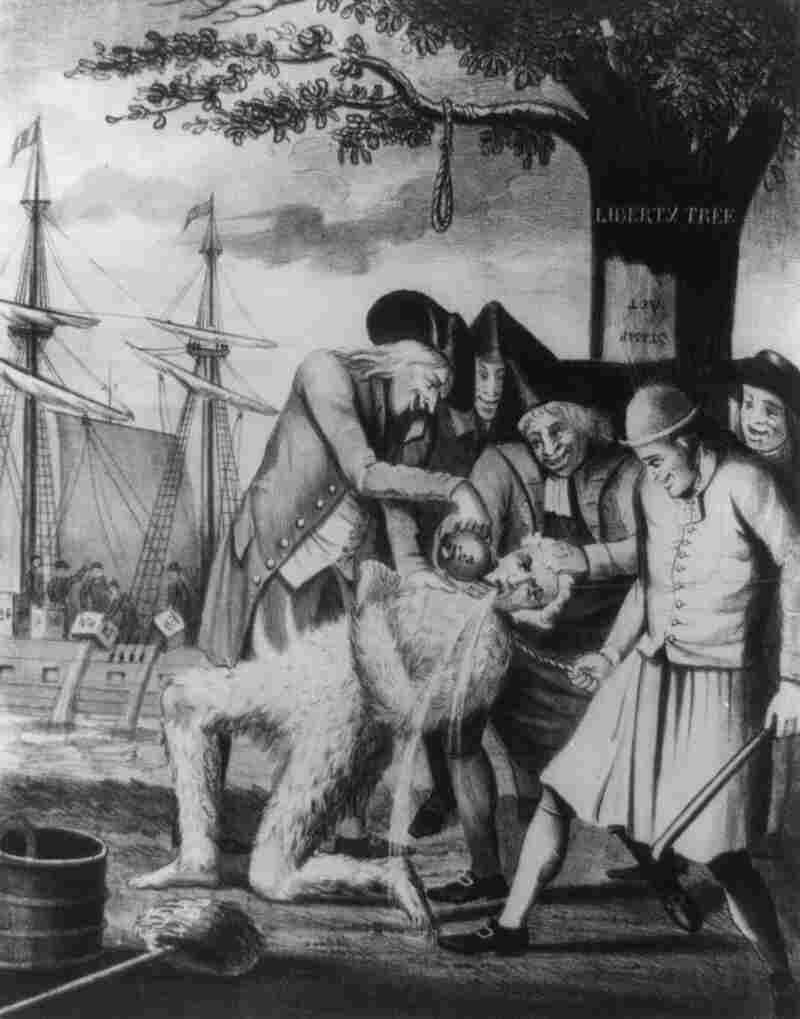 During the Revolutionary War, many loyalists were treated brutally -- like the tarred and feathered man in this print. When the war wrapped up, loyalists often found they had to fend for themselves, or flee. David Claypoole Johnston/Library of Congress hide caption 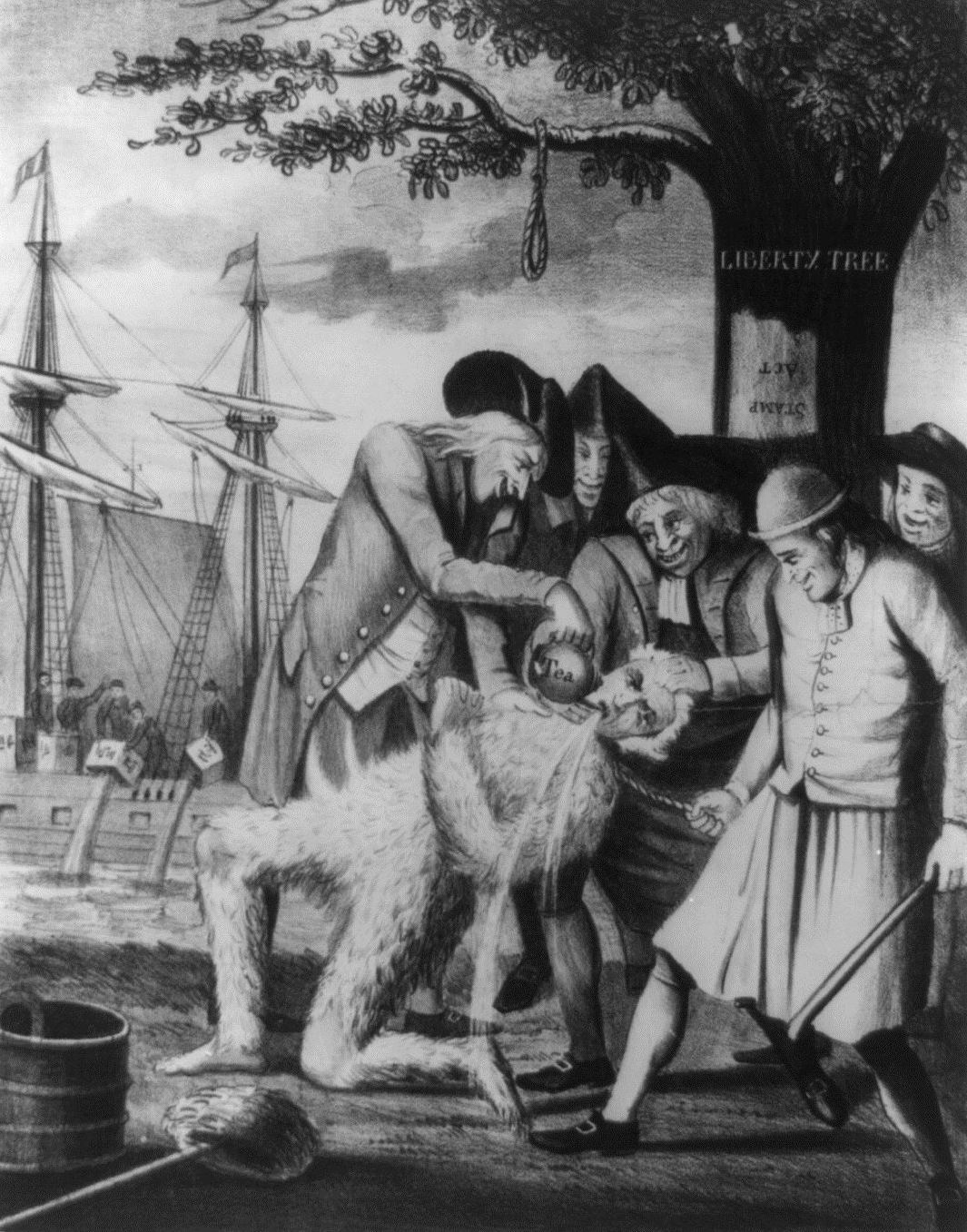 During the Revolutionary War, many loyalists were treated brutally -- like the tarred and feathered man in this print. When the war wrapped up, loyalists often found they had to fend for themselves, or flee.

It's July Fourth weekend — a time that many Americans dedicate to celebrating democracy and the birth of the United States. But more than two centuries ago, when the Revolutionary War ended with an American victory, not everyone was celebrating.

It's estimated that between 15 and 20 percent of the population back then still remained loyal to the British Crown. Naturally, they weren't so thrilled by the climactic British surrender at the Battle of Yorktown in 1781, which effectively sealed the fate of King George's attempt to keep the colonists in line.

So what became of these loyalists who suddenly found themselves on the wrong side of history? To answer that question, NPR's Rachel Martin spoke with Maya Jasanoff, a professor of history at Harvard University.

There were definitely instances of people being beaten up on by gangs who would come to their house and harass them for being on the wrong side. It has to be said that some loyalists certainly were able to just kind of lie low and go about their business and try to not say too much about politics. But if you were living on the front lines of these advancing armies going back and forth across the colonies, it could be really a difficult choice and a difficult situation to be in.

On the lives of loyalists after the war

The fighting actually continued, in the backcountry of the South in particular. And it was in regions like that that loyalists still tried to fight for the empire that they believed in. ...

It's a part of the war that we tend to not think too much about or learn about in school. But there was a lot of bloodshed, and particularly in the South. And gangs of revolutionaries, gangs of loyalists, would attack each other, go to each other's plantations. In fact, some of the big battles in the South happened after the surrender at Yorktown.

So, what all of this means is that there was a climate of violence and a climate of fear for many loyalists. And it meant that when the peace negotiations were going on, they were really concerned about what kinds of protections they might have in the new United States. And during this period, many of them felt that the protections that the U.S. was offering were not promises that they could really get behind.

And so, when the British pulled out in city after city in the United States, up to tens of thousands of loyalists sometimes went with the retreating army to Britain and other parts of the British Empire. ... About half of the loyalists who left the United States ended up going north to Canada, settling in the province of Nova Scotia and also becoming pioneering settlers in the province of New Brunswick.

On how history books commemorate the loyalists

On the American side, of course, they're losers. And history is, as we know, written by the winners. So there's not much place for the loyalists — especially the loyalists who left — in standard American history.