Accessibility links
Decades Of Politics And Partnership In Jimmy Carter's 'Full Life' Former president Jimmy Carter was one of the youngest ex-presidents ever when he left office in 1981. His new memoir, A Full Life, looks back at his years of public service, in and out of office. 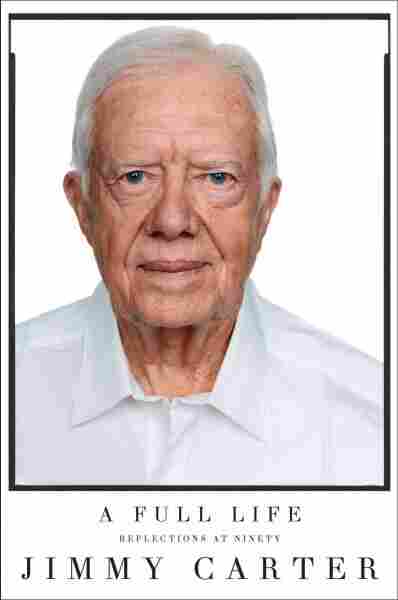 In just over 18 months, Barack Obama will join the ranks of ex-presidents. He'll be 55 when he leaves office, among the youngest to become a former president, alongside Bill Clinton and Jimmy Carter.

President Carter remains a model of what an active, productive life can look like after leaving the White House. He looks back on that life in his new memoir, A Full Life: Reflections at Ninety, beginning with growing up with black friends in the Jim Crow South.

"I didn't really think much about [segregation], because it was just the custom and everybody did it, and nobody challenged it," he tells NPR's Eric Westervelt. "So it was just life, and when I was at home, I really enjoyed the feeling of being in a deep and penetrating and harmonious community with my African-American friends, and when I went to church or went to school, it was just going into a different and somewhat strange environment for me."

Jimmy Carter Issues 'Call To Action' Against Subjugation Of Women

Well, a good portion of my book describes my relationship with other people around Plains [Georgia], because when I went off to the Naval Academy and became a naval officer and stayed in the Navy for a good while, and came home, my wife and I were more progressive on the race issue than most of the people around Plains, so I describe that a good bit in the book. After the civil rights movement, there was a kind of a breath, a sigh of relief in the South among many people — "well, the race issue is over, and now we're going to be fully equal and the millstone will be removed from the neck of both white people and black people." But I would say that over the decades since then, since the Voting Rights Act and so forth has passed, both the Congress, the Supreme Court and the general public in America have kind of backed away from that commitment to going out of our way to make sure that is equal in the racial relationship.

On campaign financing, which he calls "legal bribery"

And it's legal bribery, as I said, because the rich people, when they give a candidate $100,000 or whatever, through various devious means, they expect something in return. And they also influence, through those major campaign contributions, the outcome of elections that shapes the tax rates and gives special benefits to major corporations and heavy contributors to the campaign.

Just use the talent and ability you already have, that got you in the White House, and the experience and knowledge of our country and the world that you've gained in the White House, to the utmost beneficial use of other people. And I think, since he's of African-American background and race, I think that his influence in very poor countries where people have different-colored skin would be quite invaluable. And whatever he does, I'll respect it.