Accessibility links
Of All U.S. Police Shootings, One-Quarter Reportedly Involve The Mentally Ill In compiling a database of fatal police shootings, The Washington Post took an extra step — finding details about the mental health of the deceased. Reporter Kimberly Kindy relates what she learned. 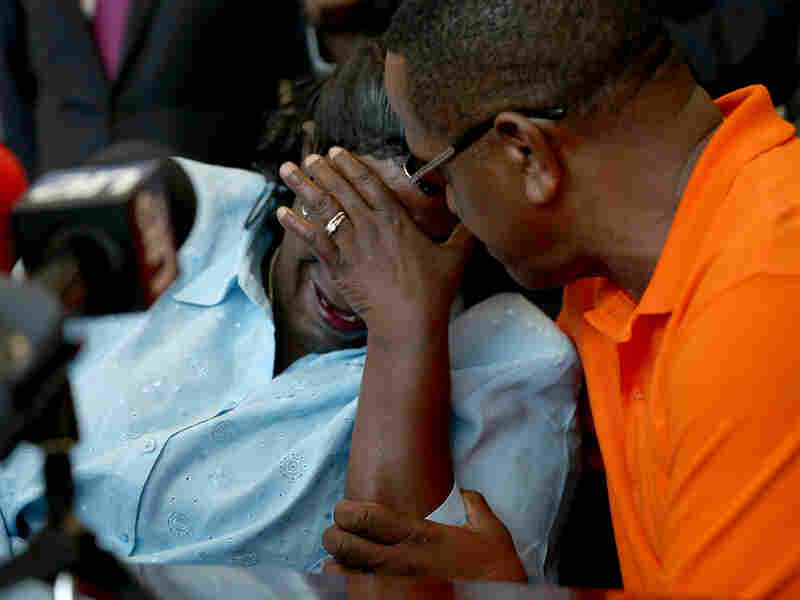 Lavall Hall's mother, Catherine Daniels, is comforted by her cousin Alfonzo Hill as she speaks with the media in February. Hall, who was schizophrenic, was fatally shot by police officers earlier this year. Joe Raedle/Getty Images hide caption 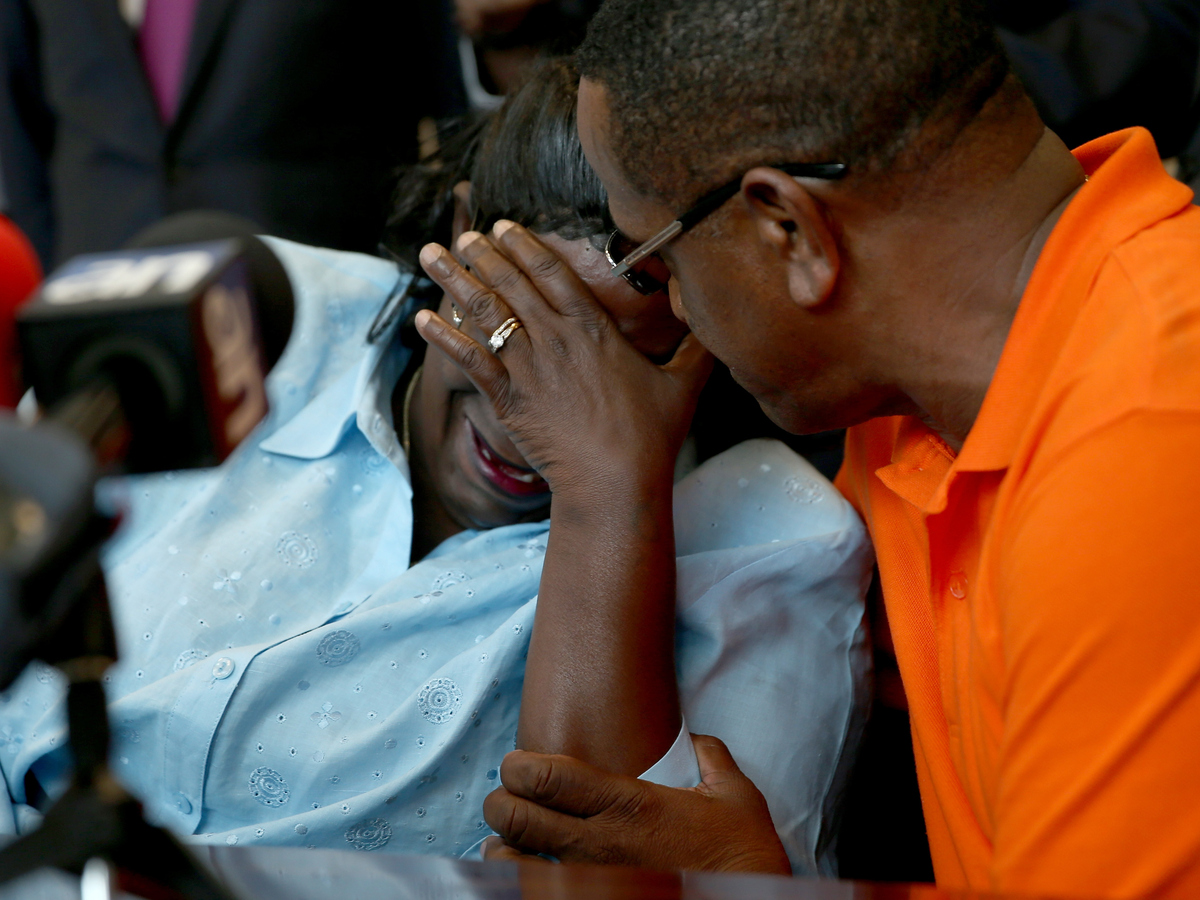 Lavall Hall's mother, Catherine Daniels, is comforted by her cousin Alfonzo Hill as she speaks with the media in February. Hall, who was schizophrenic, was fatally shot by police officers earlier this year.

At least 125 people with signs of mental illness have died in police encounters in the U.S. so far this year, according to the latest accounting from The Washington Post.

This week, the Post published a database with information on every fatal shooting by a police officer in the line of duty in the U.S. And they took the extra step of identifying — when they could — details about the mental health of the deceased.

In evaluating the role that mental or emotional crisis played in police fatalities, investigative reporter Kimberly Kindy says that the Post attempted to be cautious as the paper compiled this data.

"Unless the families identified the deceased as somebody who was mentally ill or the police department identified them as mentally ill, we did not — even if it may on the surface of things [have] appeared as if they might be," she tells NPR's Eric Westervelt. "So it's a conservative number — but even with it being conservative, it was a quarter of the killings."

What we're really talking about is a population where the traditional tactics that a police officer is trained to use [are] the very opposite of what they should be doing. It doesn't work very well with somebody who's in a mental health crisis, or who has a serious mental illness, for you to get in their face, yell for them to throw down a weapon. Much of the time — as one of the ... experts I spoke to said — there's a lot of white noise in their head, so [police officers] need to not move in and take control of the situation like you would with a criminal.

They need to give a lot of space, slow things down, speak calmly and not try to immediately control the situation. That tends to escalate things and create a volatile situation instead of de-escalating things so you can safely bring a mentally ill person into custody or, you know, take them to the hospital, which is many times [why] family or friends are calling and asking for that kind of assistance — transportation to a mental health facility.

Much of the resistance is they're being asked to do something that's completely counterintuitive: you know, backing off a situation, not taking control of it. It really requires a complete shift in culture, in the way they view policing, and so it's a learning curve. And what tends to happen is that police departments start to do this type of training, like you're seeing in the LAPD [Los Angeles Police Department], when they've had a number of high-profile cases that have gone wildly wrong and there's been some community protests.

But what we found was that just about half of the police departments in the nation have this type of training.

One one story in particular that lingers with her

There are so many of [these stories]; one in particular, though, is Lavall Hall, a schizophrenic young man. His mother called for help because he went outside in the really chilly, cold air. He was out there in his underwear swinging a broomstick. The police show up, and within minutes, he's gunned down. And the mother said, 'I wish I would've never called them.' It's just heartbreaking because, case after case, you're talking about family members and friends who call for help, and the person ends up dead. ...

What's also heartbreaking is I think the police officers — their lives are changed forever when they take the life of somebody like this. They deserve a chance at knowing how to handle these situations and many of them are not given that chance by being given the proper training.