Accessibility links
The Grateful Dead's Laid-Back, Yet Surprisingly Shrewd, Business Plan Famous for its live jams, the band also benefited from spontaneity in its business dealings — especially once it realized fan loyalty could be used to create new fans. 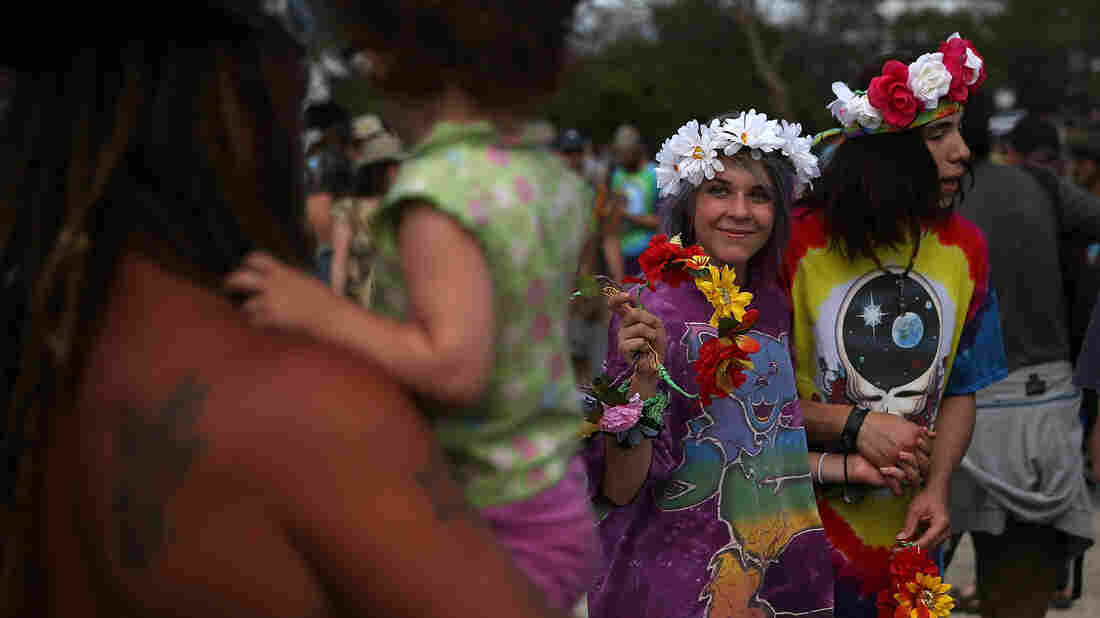 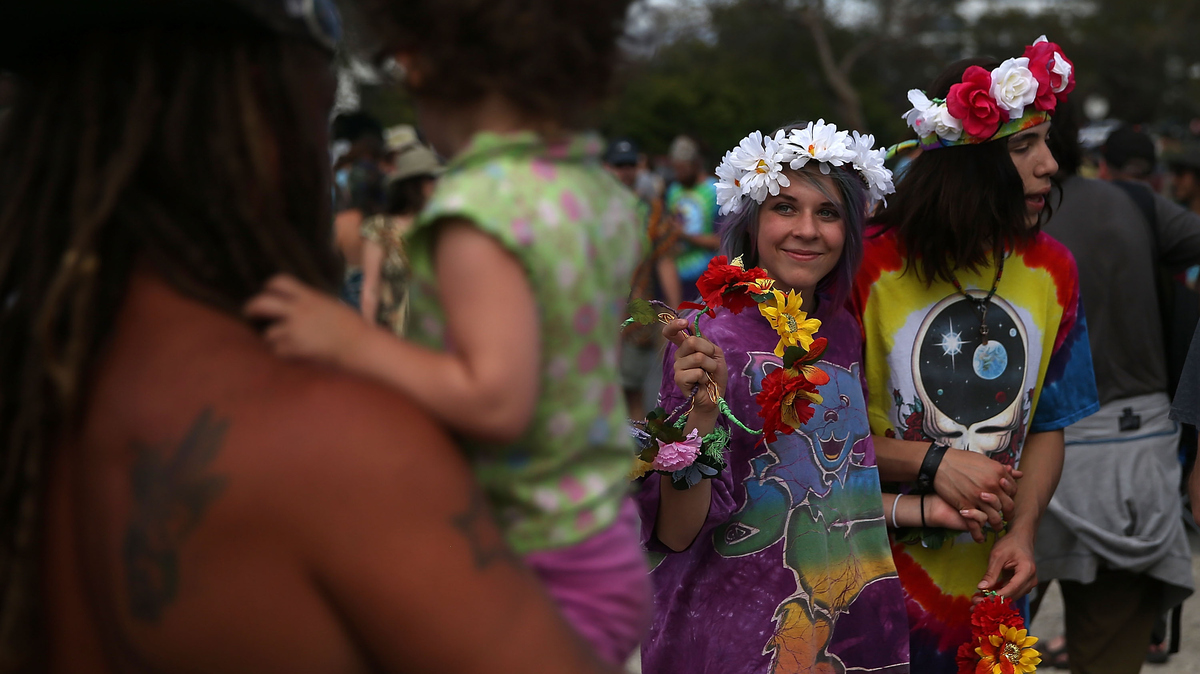 Grateful Dead fans gather in the parking lot before a show this summer at Levi's Stadium in Santa Clara, Calif.

For the 50th anniversary of the Grateful Dead's founding, the band will perform three shows — their last — in Chicago this weekend. According to Billboard magazine, the "Fare Thee Well" concerts will bring in an estimated $50 million. That's pretty impressive, considering that band's lead guitarist died two decades ago.

If there's one thing the Grateful Dead has proven it knows how to do well, it's improvise. The song "Dark Star" alone launched hundreds of unique live jams, and that freeform lifestyle followed the band offstage.

"Improvisation became the one point in their very changeable universe, applied not only to music, but also to business," says Dennis McNally, the band's biographer and former publicist.

McNally says the band was also guided a spirit of inclusion and mutual respect toward their audience — values the members adopted during the "peace and love" hippie era of 1960s San Francisco. "The Grateful Dead treated their audience as partners, not as cows with wallets," he says.

That partnership was nourished by a few key decisions along the way. The Grateful Dead famously encouraged fans to tape their live shows, and those tapes were then traded among fans and served as a pre-Internet form of viral marketing. The more the tapes circulated, the more people wanted to go see them live.

"But that's not at all why they did it," McNally says. "They did it because they were terrible cops and recognized that if they stopped taping, they would have to ruin the ambiance of their own shows."

To get those fans to actually attend the shows, they created their own in-house, mail-order ticketing agency, and in the process created a massive database of devotees. The end result was twofold: They eliminated the middleman, thereby putting more money into their pockets, while gaining a reputation for superior customer service.

The band also made its own tapes of just about every show it ever played, recording directly from their sound board. Now those tapes live in a special vault in southern California.

Mark Pinkus is the president of Rhino Entertainment and its official General Manager of Grateful Dead Properties. He has access to that vault — a superfan's paradise, with thousands and thousands of tapes — along with a formal agreement with the band to handle the production and release of the music contained within.

"We have mapped it out, and believe we have about 24 more good years of releases at the pace we are doing right now — and we do eight releases a year right now," Pinkus says.

Rhino enlisted David Lemieux, the band's longtime archivist, to curate a series of releases for fans who want to hear what's on every one of those tapes.

"When we first started working together, I said, 'What's the dream project? What's the big project that you have always wanted to do?'" Pinkus recalls.

Lemieux came back at him with a Deadhead's dream release: all 22 shows of the band's landmark 1972 tour of Europe. Pinkus agreed by answering the most important question he could think of.

"How we make most of our decisions, because both of us are fans, is [by] asking, 'Would we buy this?' " he says.

They got their answer: A limited edition 73-CD set sold out in less than a week. Even so, Pinkus acknowledges the Grateful Dead can be a hard sell to nonbelievers.

"You tell people, this is the greatest live band in the world, and people who haven't seen them say, 'What are they like?' " Pinkus says. "Well, they kind of ramble on stage. They tune their instruments for a couple of minutes and then they do their thing for the next couple of hours. They don't talk to the crowd other than to say, 'Thank you, good night.' And yet they blow you away."

And they always do it their own way — while still managing to put a few nickels in their pockets.