Accessibility links
After Rejecting Bailout Plan, Greece's Economic Future Is 'Invisible' Greek voters turned down a bailout offer from European leaders on Sunday. Both before and after the votes were counted, Greeks were divided over how the outcome would affect the country's future. 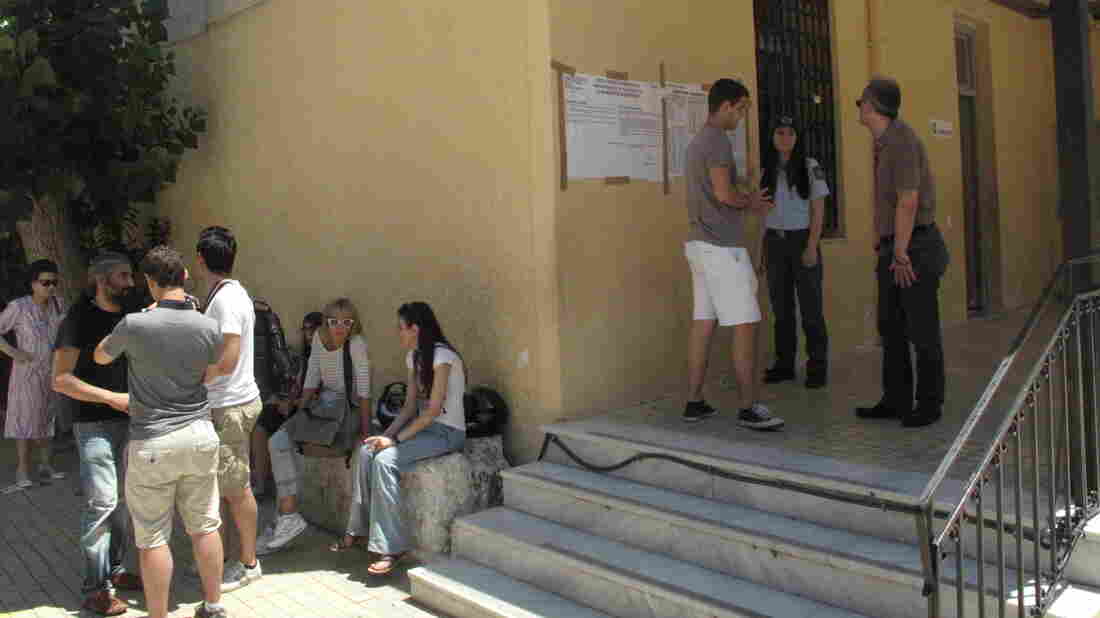 Greeks stand outside of a local school in Athens that served as a voting station. Chris Arnold/NPR hide caption 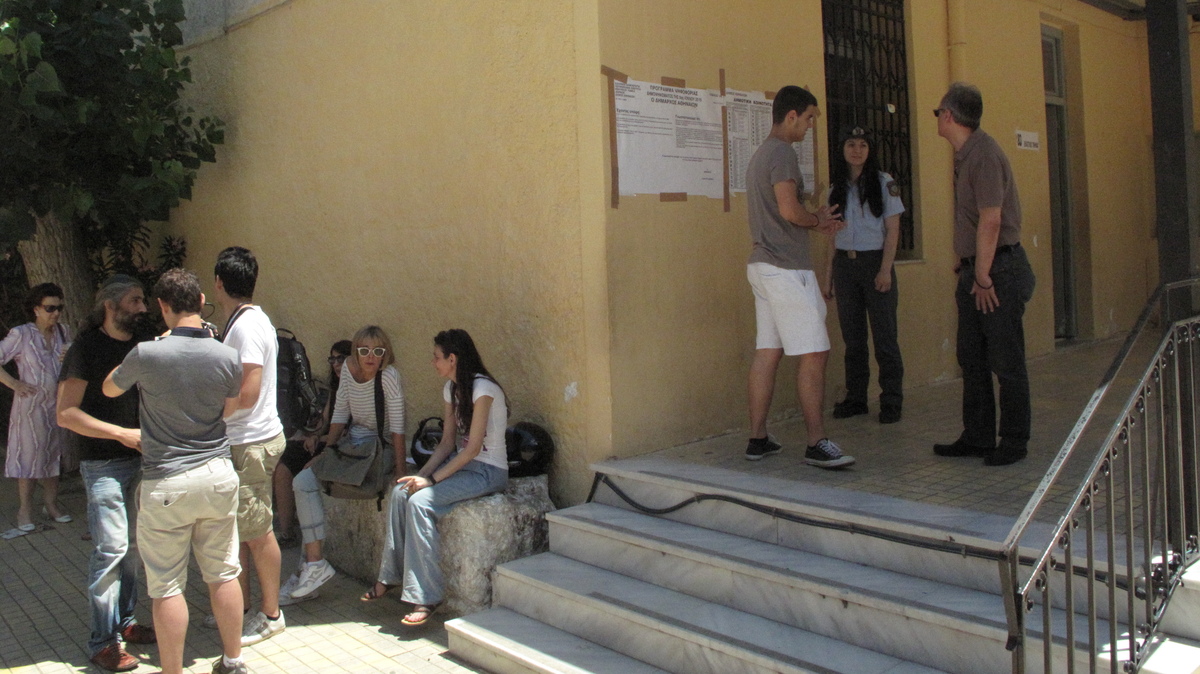 Greeks stand outside of a local school in Athens that served as a voting station.

The Greek word for no is oxi, and across Athens and the Greek Islands on Sunday, it was everywhere: on posters, spray-painted on walls and old cars.

And it was also on ballots: Greek voters voted oxi Sunday in a historic referendum over the country's economic future.

Historic Vote May Determine Whether Greece Remains In The Eurozone

How Default Could Push Greece Out Of The Eurozone

The Greek Prime Minister Alexis Tsipras called the surprise vote to ask his country whether they would accept a bailout offer from European leaders that he thinks would be too oppressive. The concern now is that the no vote could send Greece crashing out of the eurozone and into an even worse recession.

The many forms of "no" are a sign of the anger that many Greeks felt over the terms Europe insisted on in recent years in exchange for bailout money for Greece's struggling economy.

The no voters argued that the unemployment rate in Greece has doubled since 2010 with 25 percent of Greeks looking for work and unable to find jobs. So they say, "What kind of bailout is that? Enough. No. Oxi."

Panagiotis Psarros voted against the referendum in Athens on Sunday. He said voting no is just another way to put more pressure on the European Union to help Greece and be more moderate on the measures.

Many say Greece had to pay bailout money back too quickly all while agreeing to cut pensions for retirees and raise taxes. They say this is crushing their economy.

Others warned that a no vote was dangerous. But Psarros doesn't believe that — he said he thinks the media and European leaders were trying to scare the Greek people. People are controlled by three things, he said: sex, money and fear.

"And they wanted to make us feel the fear," he said through an interpreter.

But for others exiting the polls Sunday, this was not just a symbolic vote to push Europe to cut Greece a better deal. 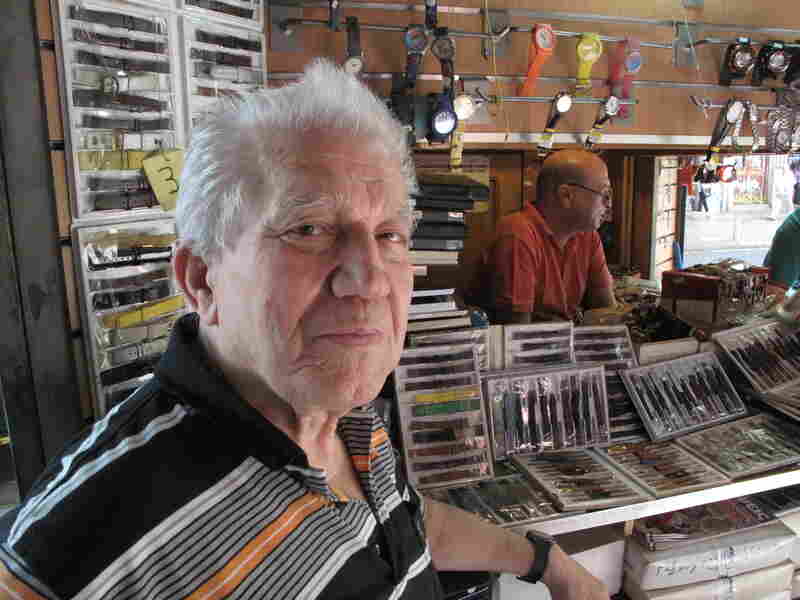 Konstantinos Poulakidas runs a watch stand in Athens. He says regardless of the outcome of the referendum, for Greece right now, "the future is invisible." Chris Arnold/NPR hide caption 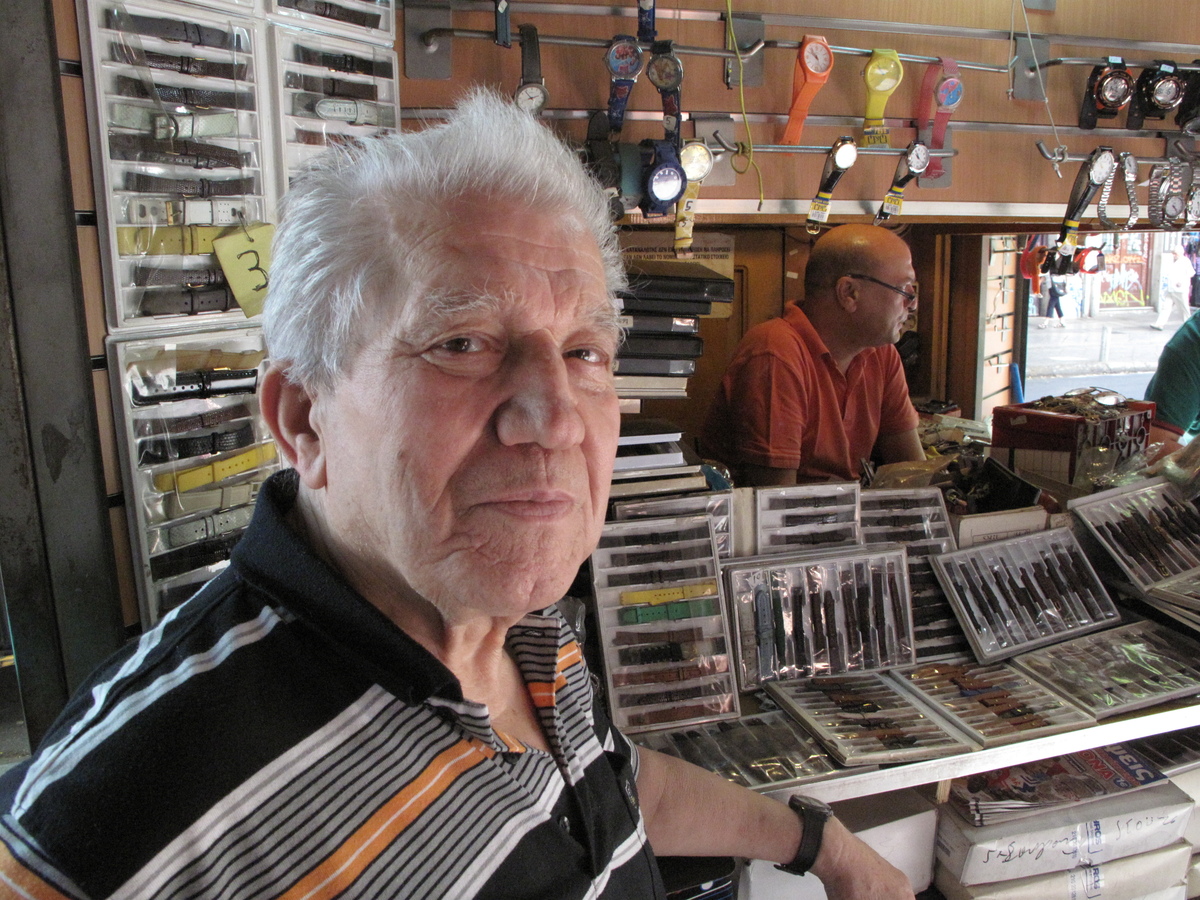 Konstantinos Poulakidas runs a watch stand in Athens. He says regardless of the outcome of the referendum, for Greece right now, "the future is invisible."

They both voted yes. Skokou is upset because she thinks Greeks don't really understand what they are putting into motion by voting no.

"A vote for no will be a total disaster," she said. "We will eventually be kicked from the euro and the eurozone, which I think is going to be a huge mistake. One of those historic mistakes that Greece has made."

Many of the yes voters agree. They think Greece could be pushed back to using its own currency — perhaps the old drachma — which might set off runaway inflation. Skokou's mother worries she'll have to bring a suitcase full of drachmas to the grocery store.

"She means that money will have no use, no value," her daughter said.

And clearly many people in Greece were very scared before Sunday's vote. A woman working the cash register at a little gift shop didn't want to be recorded.

But she broke down crying saying she's been wanting to have a baby, but she's too afraid. She can't find a good job, and there's just too much economic uncertainty.

Skokou said her brother, who's a chemical engineer, has started to look for another job in Australia in case he loses his job in Greece.

But where does Greece go from here? It's unclear exactly how European leaders will respond to Greece's rejection of the referendum. People in Greece — especially business owners — are desperate to get the banks back open.

People are having trouble paying their rent and buying merchandise to put on their store shelves. Kostantinos Poulakidas, who runs a small wristwatch stand in Athens, summed up Greece's situation well.

And that continues to be true even after the votes were counted, and oxi won the day.