Accessibility links
With Corruption Rampant, Good Cops Go Bad In Texas' Rio Grande Valley How does a promising young cop go from town hero to drug trafficker? A former rogue officer details what led him to the dark side in a region known for corruption.

This week, NPR examines public corruption in South Texas. The FBI has launched a task force to clean up entrenched misconduct by public officials in the Rio Grande Valley. In this installment of the series, we hear from a police officer who became a drug dealer. 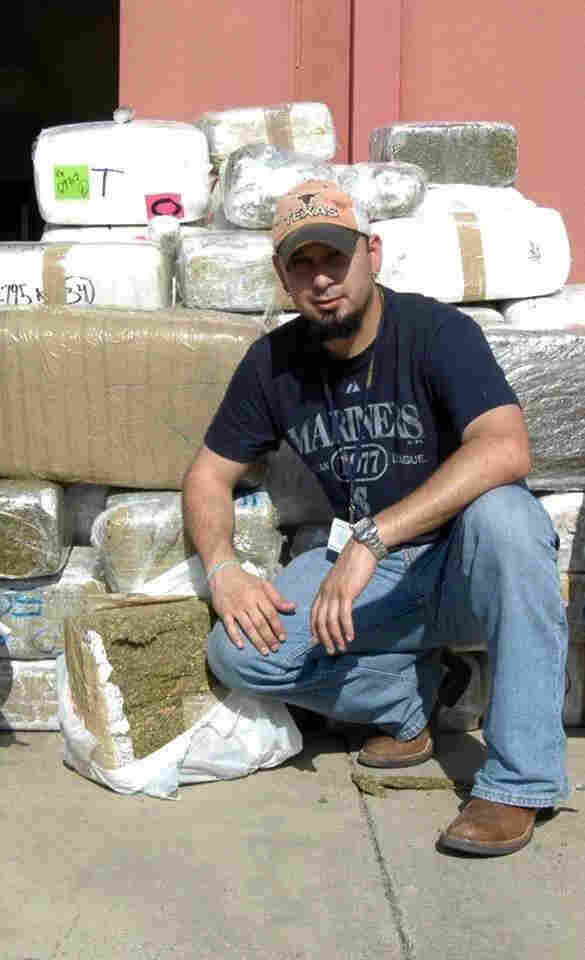 In the Rio Grande Valley of Texas, where people are accustomed to seeing public officials led away in handcuffs, the case of the Panama Unit shocked everyone. The Valley's celebrated anti-narcotics squad had gone to the dark side.

Jonathan Treviño had been a police officer for only three years when, at 24, he became commander of the newly created narcotics squad. Their charge was to arrest drug dealers who had infested the streets of the city of Mission, but eventually the unit's territory expanded to all of Hidalgo County.

"We were getting well over 30 narcotics arrests a month. We were seizing thousands of dollars every month for the department," Treviño remembers.

The unit members were all in their 20s, swaggering and aggressive. They were the pride of the Valley, until they went rogue.

"It was bad. What we did was real bad and we're paying for it," Treviño says. "And I'll pay for it the rest of my life and because of that one night."

He sits at a long wooden table in a quiet, carpeted room lined with pictures of stern wardens of this low-security federal prison in Loretto, Pa. Treviño wears inmate khakis. He's pale, slender and serious. At 31, his hair is already flecked with gray.

He vividly remembers the early morning traffic stop that he says started it all. The driver was drunk and high. They found a couple of ounces of cocaine in his car and took him to jail. There was a bag on the front seat. Inside the bag was $50,000.

"One of my partners says, 'Hey, why don't we take some of the money?' And I'm looking at him, like, 'Did you just ask me that?' because we never talked about going illegal or doing anything corrupt before," he recalls.

"So we agree, let's do it," Treviño continues. "And later that night we end up splitting the money, $3,000 each. And that was our first deal.

"You'll get away with it for awhile and think you're on top of the world. Then you'll get caught, and they'll send you here."

"Why did I take the money that day?" Treviño continues. "I don't know."

They got away with it.

Soon, the young lawmen were using their badges to escort drug shipments on the highway. And they graduated from stealing drug money, to taking the dope itself.

"This case, these individuals were actually trafficking themselves," says James Sturgis, the federal prosecutor in McAllen who sent them to prison.

The modus operandi went like this: Panama would identify a trafficker, bust his stash house, confiscate the weed or coke, check a portion of it into the police evidence room and then resell the remainder to another drug dealer who put it back on the streets.

But they had to be careful. Treviño had to make sure they were ripping off an independent dealer, not someone affiliated with the murderous Gulf Cartel based across the river in Matamoros.

"I never went and took any of the cartel's stuff. Because if I would have, I wouldn't be here today. It's plain and simple," he says.

The Rio Grande Valley is flooded with dirty money tied to the cartel. One local social scientist estimates that 5 to 10 percent of the Valley economy is tied to illegal activity, primarily drugs.

This is what's known as a "high-temptation environment."

Corruption In The Valley: Dirty Cash, Drugs And Vote Buying

In the past 21 years, no fewer than five sheriffs have been busted for corruption. And from 2000 to 2013, 13 officers with U.S. Customs and Border Protection went to prison for federal crimes, according to the Center for Investigative Reporting. The Justice Department recently created an FBI task force to make criminal cases in the Valley and begin to curb the broad range of corrupt practices that involve local police units, federal border officers, courthouses, school boards, hospitals and ballot boxes.

The Panama Unit was a shocker because the whole squad became crooked.

"The Panama Unit were supposed to be the good guys who were protecting us and keeping our communities safe, and they were just as bad as the bad guys," says Carlos Cisneros, a Brownsville attorney who writes crime novels set in the Valley.

People say Panama's crimes went on for so long — two years — because the unit was protected. One officer's father was a city police chief. And Jonathan Treviño's father is Lupe Treviño, who was then the powerful, popular sheriff of Hidalgo County. It was the sheriff who created the Panama Unit and put his son in charge. 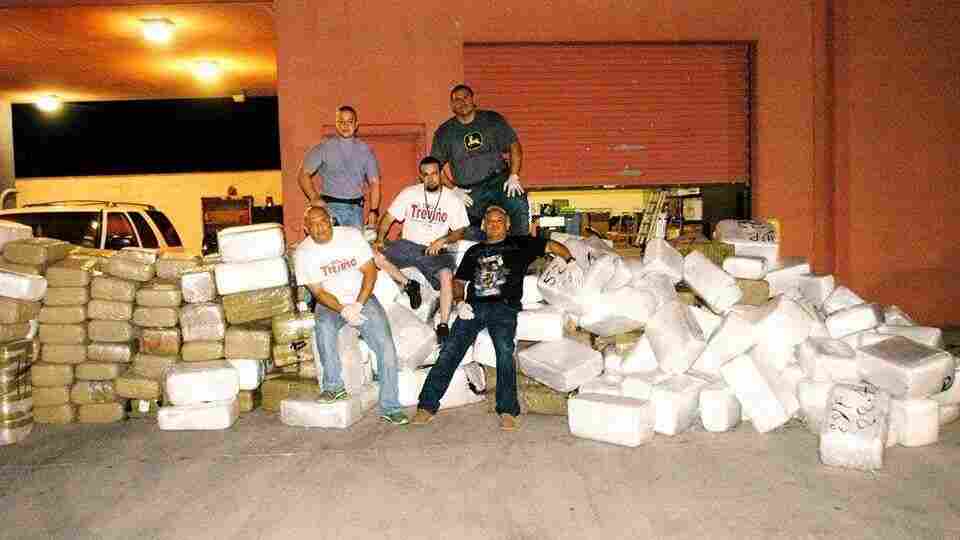 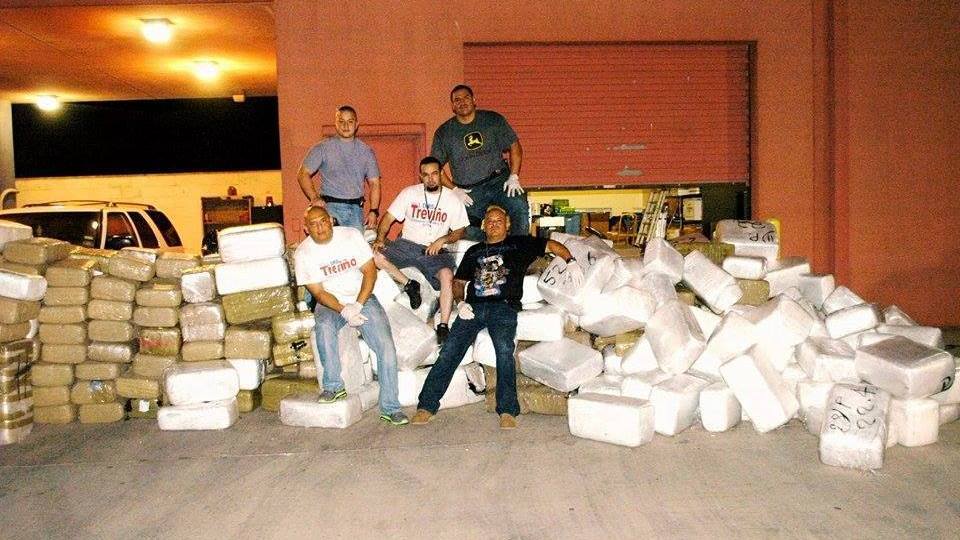 Eric Alcantar, Sal Arguello, Claudio Mata, Sgt. Roy Mendez, and Jonathan Treviño were in the Panama Unit. Sgt. Roy Mendez left the unit before the other members were investigated and later convicted.

"When you work narcotics, bulk-cash smuggling, weapons smuggling, any of these activities generate a lot of money, and you have to have the oversight by independent units within the department. Panama didn't have any oversight. Jonathan reported directly to his father," says Harry Jimenez, deputy special agent in charge of Homeland Security Investigations (HSI) in San Antonio. HSI agents played a key role in busting Panama.

Jonathan Treviño made good money for a South Texas cop: $72,000 a year with overtime. He had no family. He lived with his parents. He drove a fancy pickup confiscated from a drug dealer.

The team ate at Lansky and Brat's, the swankiest steakhouse in the Valley, and Treviño would pick up the $2,000 dinner tab. Afterward, they might cruise over to Stiletto's strip club and take over the VIP room.

As the money rolled in, there were gambling trips to casinos in Lake Charles, La., the Retama Park horse track in San Antonio, and the Bellagio in Las Vegas.

"The lifestyles of these police officers evidently showed that there was a lot of influx of money from somewhere else," Jimenez says.

But it wouldn't last.

Rumors were flying around the Valley among traffickers and law enforcement that Panama was dirty. Federal investigators set up a sting. They attached a tracking device to 10 kilos of coke and then enlisted a local madam to smuggle it. She contacted Panama to protect the load on the highway.

"That was going to be our last bust and that's it, and the feds of course made sure of that right," Treviño says with a chuckle. "And I'm glad they did. I'll admit it. The unit was out of control."

They were arrested in December 2012. 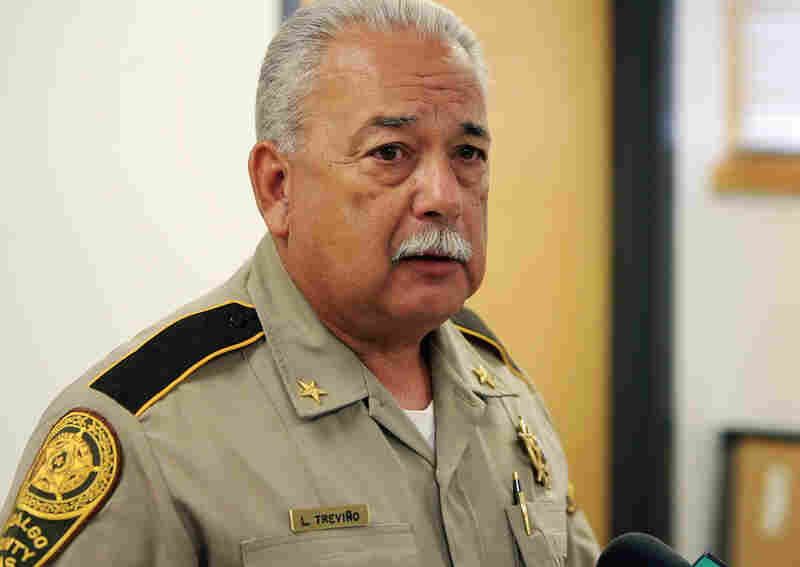 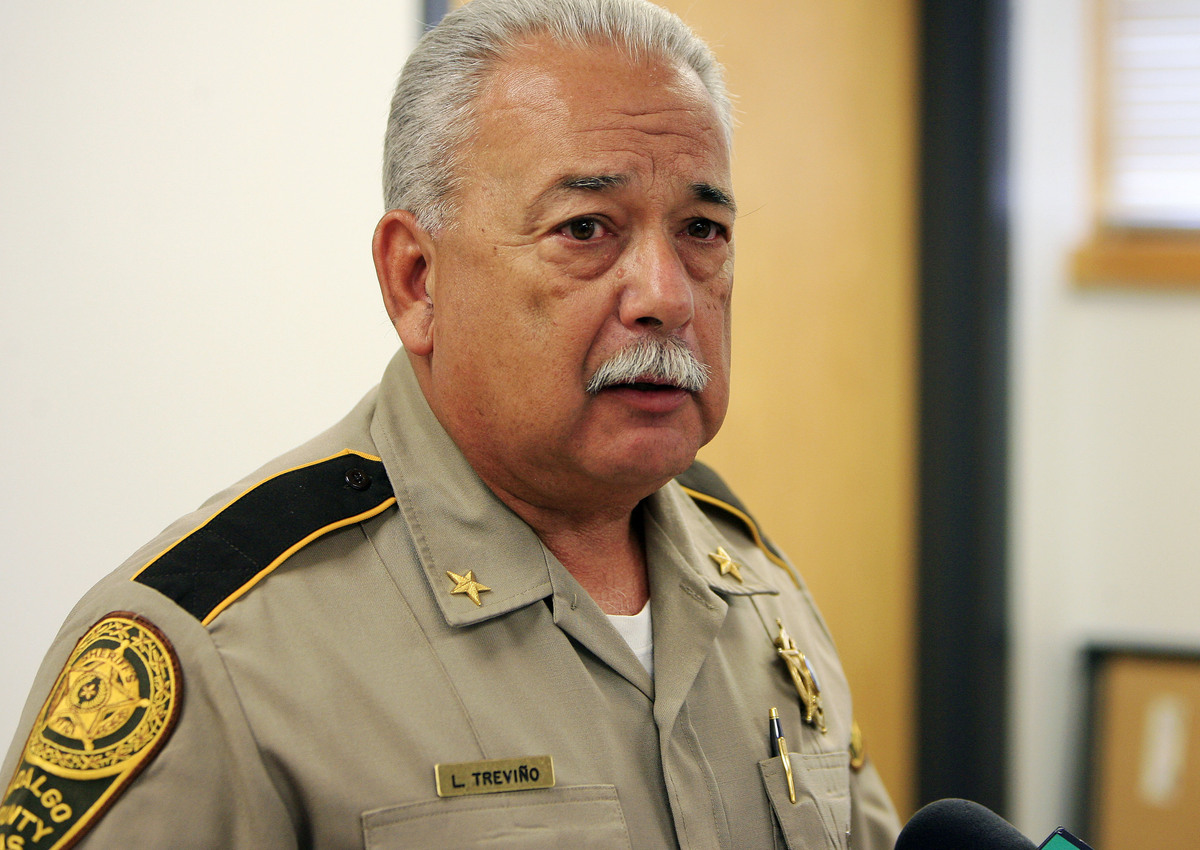 Jonathan Treviño got 17 years in prison. The other eight squad members received 10 to 14 years.

Last July, Sheriff Lupe Treviño — who maintains he never knew his son's squad was breaking the law — was sentenced to five years in prison on a separate conviction. He admitted taking $10,000 in illegal campaign contributions from a drug trafficker, known as The Rooster, with ties to the Gulf Cartel.

Inside the dormitory-like prison, Treviño spends his time working out, playing cards, emailing friends, watching TV and taking classes. His prison job is emptying the trash. He says when he's released, he'll go home to the Valley. He wants to speak to police cadets to warn them of the consequences of going bad.

"I want people to know that I'm human and I didn't wake up one day and say, 'I'm going to be a corrupt cop.' This is something that happened years after my career started, and it was a combination of temptation and greed. And I let it get the best of me."

"Most importantly," Treviño continues, reading haltingly from an eight-page, hand-written statement, "I would like to apologize to my family for the pain, suffering and embarrassment I have caused due to the selfish acts that I have committed. I'd also like to apologize to the citizens of Hidalgo County for abandoning them, and to all law enforcement for tarnishing the badge."

"You'll get away with it for a while," the former narcotics commander concludes, "and think you're on top of the world. Then you'll get caught, and they'll send you here."

In this series, NPR also looks into "politiqueras" and the business of stealing votes.