Accessibility links
Review: 'Nina Revisited... A Tribute To Nina Simone' The tribute, which strives to update Simone's ability to capture the hope and rage of the '60s for a contemporary audience, features six songs performed by Ms. Lauryn Hill. 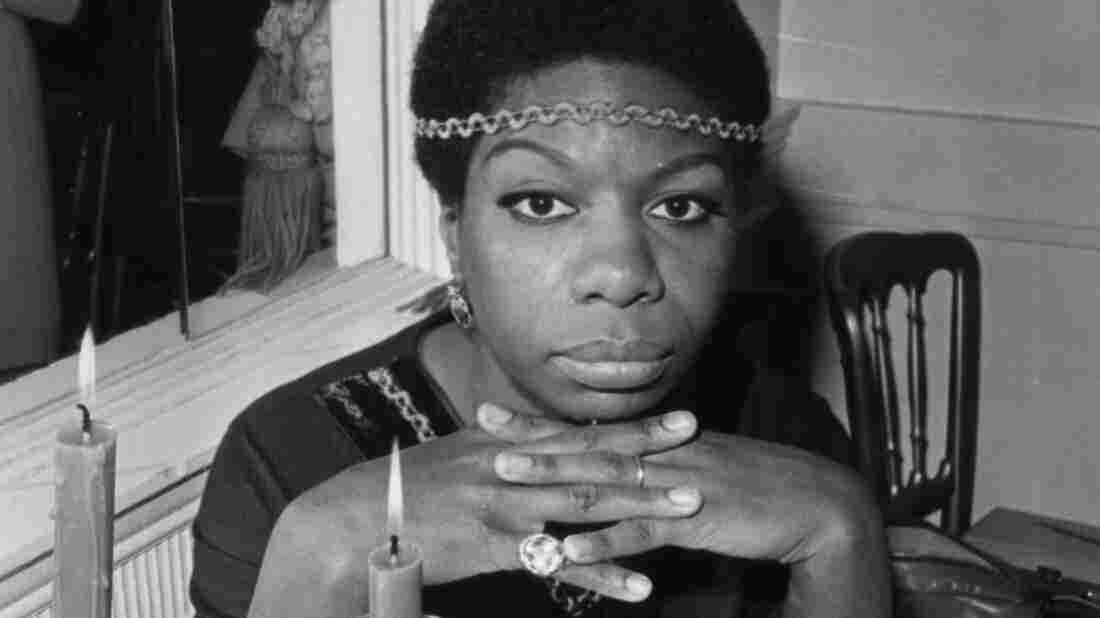 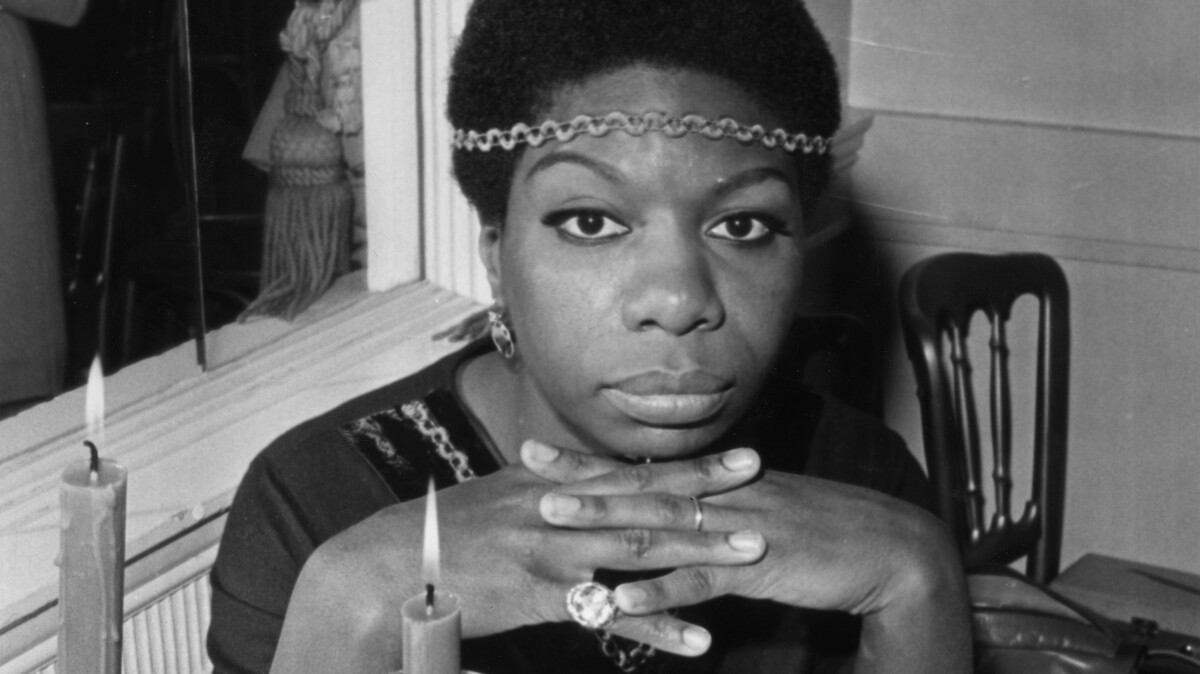 In 1969, Nina Simone told Ebony Magazine, "I hope the day comes when I will be able to sing more love songs, when the need is not quite so urgent to sing protest songs. But for now, I don't mind." 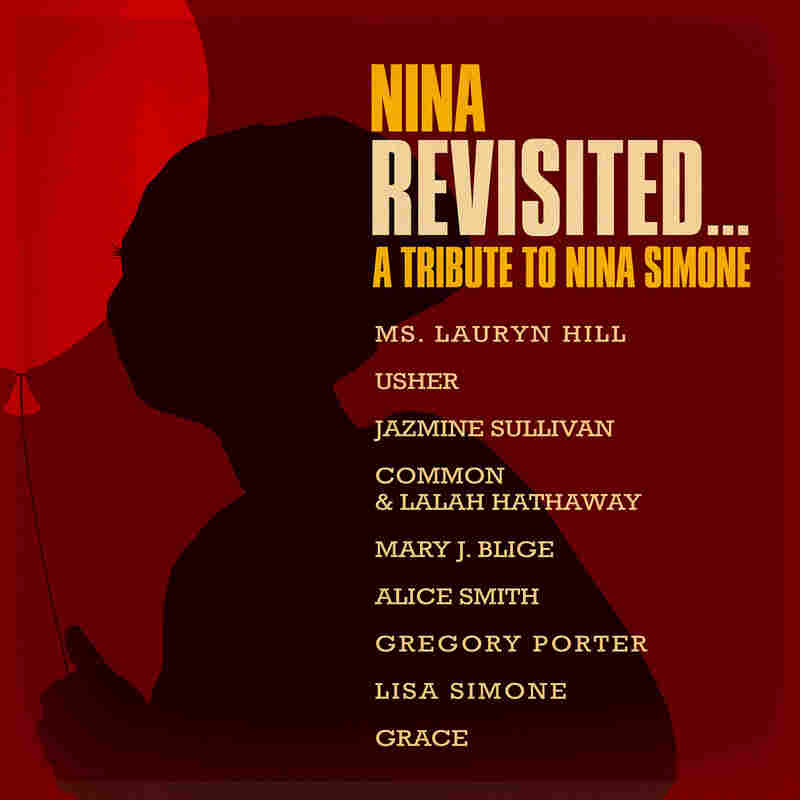 This tension shaped much of her career. While many of her most popular hits were her covers of love songs such as "I Loves You, Porgy" and "I Put A Spell on You," civil rights activists canonized her as "The High Priestess of Soul" for composing and singing the protest songs "Mississippi Goddam" and "To Be Young, Gifted and Black."

But Simone also transcended musical categorization altogether. She could imbue a torch song with such potency and resistance that she often ended up redefining the very meaning of the song itself. For how else can we explain Simone's transformation of the love song, "Don't Let Me Be Misunderstood," whose original melody and chorus lyric were written by Horace Ott after a temporary falling out with his girlfriend, Gloria Caldwell, into what sounds like a musical meditation on racial suffering and black existentialism.

That she was able to capture the breadth of the sixties, those "years of hope and days of rage" as author Todd Gittlin calls them, in song form was a feat that few artists dared to attempt and even fewer achieved. But it is just this complexity — of her sound and that era — that Nina Revisited... A Tribute to Nina Simone, an all-star tribute album pegged to the release of Liz Garbus's documentary What Happened, Miss Simone?, strives to update for a contemporary audience.

It mostly hits its mark. Spearheaded by RCA and the production team of Jayson Jackson, Suzette Williams, Peter Edge and jazz pianist Robert Glasper, and hip-hop artist Lauryn Hill, the album features 16 tracks by 13 artists who hail from places as far-reaching as Brisbane and the Bronx, cover a variety of musical genres and range from indie fan favorites to Billboard chart topping legends.

The result is an album that at times feels rightfully nostalgic, at other moments profoundly contemporary. Its diverse mix of voices sometimes veers towards the unwieldy and inconsistent and, depending on which artist and on which song, gets close to the spirit of Simone herself.

In many ways, the album is as much homage to as it is from Simone's musical children. It literally opens with her daughter Lisa Simone's cheeky declaration "My Mama Could Sing," and closes with Simone's own masterful cover of the Billy Taylor classic, "I Wish I Knew How It Would Feel to Be Free." In between, it covers a spectrum of moods and perhaps even social movements.

Jazmine Sullivan's upbeat, reggae-inspired reinvigoration of "Baltimore" carries both a lament of Freddie Gray's death and celebration of her generation's "Black Lives Matter" protests. In the re-titled, "We Are Young Gifted and Black," rapper Common poignantly links Ferguson, Staten Island and Baltimore to Simone's defiance in "Mississippi Goddam" while his duet partner, Lalah Hathaway transports us to the neo-soul, if not soul, era with her sultry vocals.

Mary J. Blige, who was originally cast to play Simone in Cynthia Mort's upcoming biopic, Nina, slows down and quietly inhabits "Don't Let Me Be Misunderstood." The newbie, the 18-year-old Australian singer Grace, sounds like a veteran as she thoughtfully covers "Love Me or Leave Me." And Usher, possibly the most unanticipated artist on this album, opens up "My Baby Just Cares for Me" with a hip-hop-sounding break beat, only to go retro vocally and playfully fuse the song with his swing jazz and pop phrasing.

The songs that deviate from Simone completely are the most mesmerizing. Jazz vocalist Gregory Porter powerfully turns "Sinnerman" into part-moan, part-mambo and part-spiritual movement; while Alice Smith gives an unforgettable, haunting interpretation of "I Put A Spell On You."

But next to Simone, this album mainly showcases Lauryn Hill's breadth and dexterity. Not formally marketed as Hill's comeback album, her six tracks here make this her most comprehensive set of studio recordings since The Miseducation of Lauryn Hill in 1998.

Her expansive version of "Wild is the Wind" captures a love-sickness that is both soulful and hopeless; her take on the Jacques Brel's "Ne Me Quitte Pas" is defiant and daring. Through her band's cover of "African Mailman," that Simone composed as a Cubop-like instrumental for her debut album "Little Girl Blue," Hill showcases Simone's virtuoso musicality and her own deep knowledge of that repertoire, while shrugging off past criticisms of her ability to be both bandleader and producer.

The songs that offer the greatest challenges, however, are also the ones where Hill makes the strongest impression. Her take on Simone's classic "Feeling Good," is a faithful adaptation that, combining Hill's own powerful contralto and Eric Gales and Jordan Peters on guitar, is one of the best professional renditions of this most-covered of Simone's songs. And yet it is her rhapsodic and lengthy version of "I've Got Life" from the musical Hair that proves why she was always Simone's true heir apparent. Sampling Simone, Hill's rhyme is reminiscent of the historical breadth, political insight and lyrical playfulness and urgency that her fans feared that they might not hear again.

That the album changes so much, though, is strangely its own form of tribute. Simone's albums were inherently eclectic, as she often switched genres from song to song, and sometimes within one song itself. In the end, listeners might leave wondering how Hill would have carried the weight of a full Simone tribute album by herself (as artists like Meshell Ndegeocello and Xiu Xiu have done), but more appropriately, we close with Simone on her own terms — the voice that set these artists, and the nation, musically free in the first place.

Salamishah Tillet is an associate professor of English at the University of Pennsylvania, the author of Sites of Slavery: Citizenship and Racial Democracy in the Post-Civil Rights Imagination and is writing a book on Nina Simone.