Accessibility links
Filmmaker And Speech Pathologist Weigh In On What It Means To 'Sound Gay' In Do I Sound Gay?, director David Thorpe searches for the origin of the so-called "gay voice" and documents his own attempts (with speech pathologist Susan Sankin) to sound "less gay." 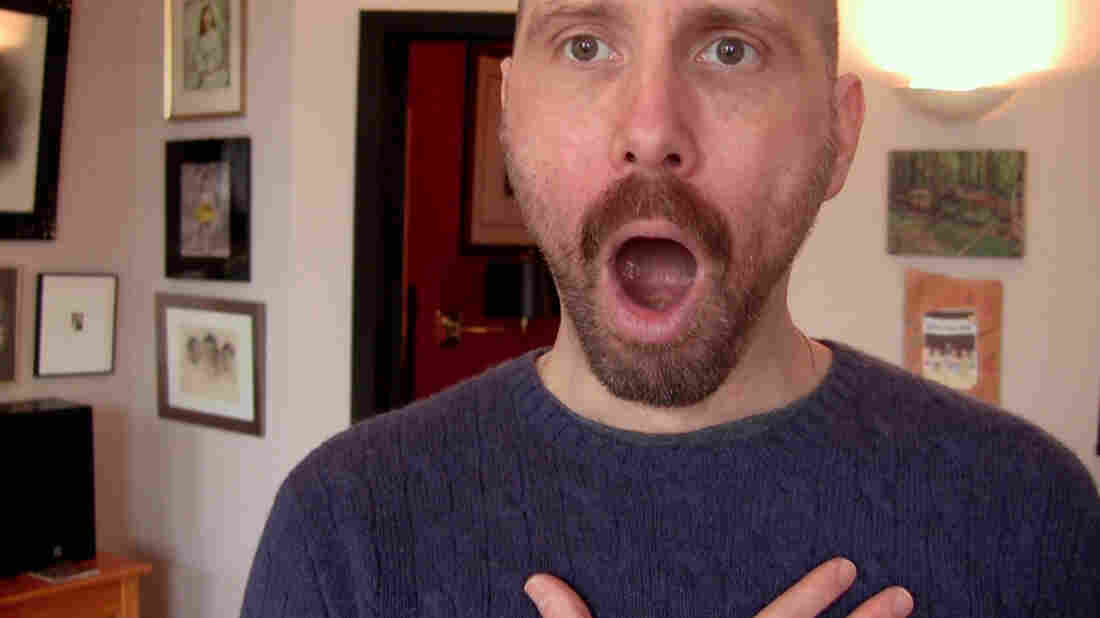 Filmmaker David Thorpe practices vocal exercises he learned from a speech pathologist in an effort to alter the way he speaks. In Do I Sound Gay?, Thorpe searches for the origin of the "gay voice" stereotype. IFC hide caption 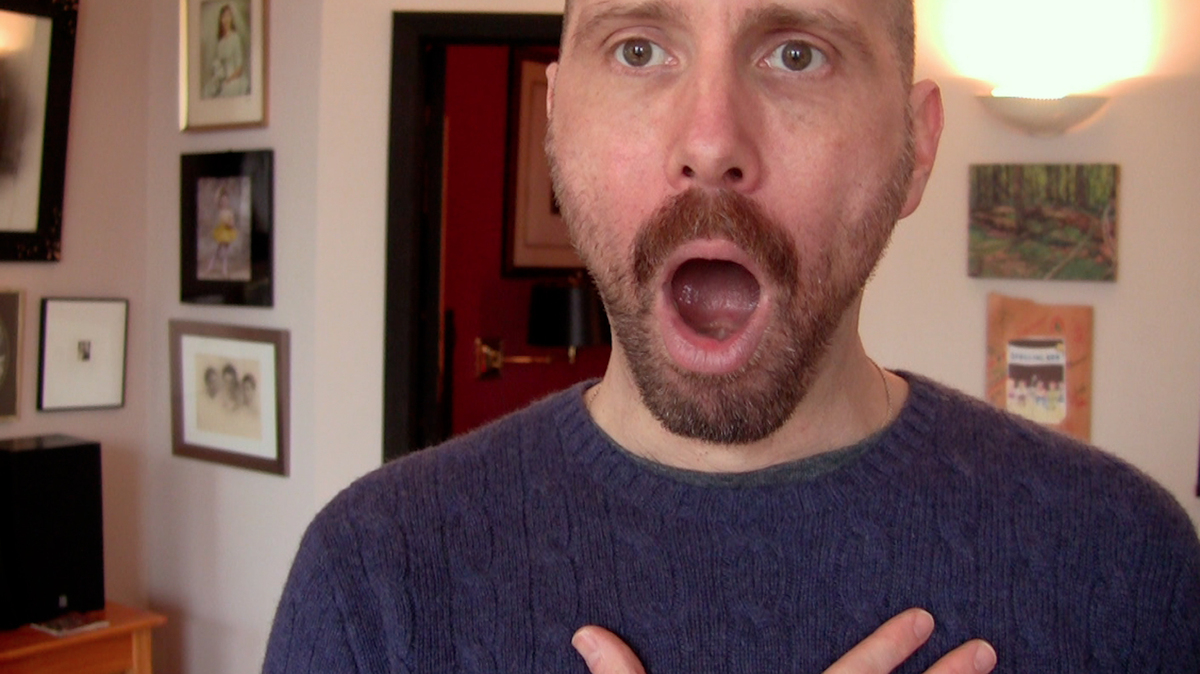 Filmmaker David Thorpe practices vocal exercises he learned from a speech pathologist in an effort to alter the way he speaks. In Do I Sound Gay?, Thorpe searches for the origin of the "gay voice" stereotype.

Is there such a thing as a "gay voice"? For gay filmmaker David Thorpe, the answer to that question is complicated. "There is no such thing as a fundamentally gay voice," Thorpe tells Fresh Air's Terry Gross. But, he adds, "there is a stereotype and there are men, to a greater or lesser extent, who embody that stereotype."

In his new film, Do I Sound Gay?, Thorpe searches for the origin of that stereotype and documents his own attempts to sound "less gay" by working with speech pathologist Susan Sankin.

"David was the first person who came to me who was upfront right from the beginning about sounding gay and what he wanted to do," Sankin tells Gross.

"I've always been self-conscious about sounding gay," Thorpe adds. "I think that that comes from childhood — I was always aware that my voice potentially gave me away to bullies."

Thorpe describes the gay voice as one characterized by a sibilant S and a high pitch. "When I interview people," Thorpe says, "they always say that to them the gay voice ... is a voice that's high, that's melodious, that's hyper-articulate, that's perhaps uncertain because it goes up at the end. All of those things kind of add up, essentially, to an effeminate stereotype."

On being self-conscious about sounding gay

Thorpe: I grew up in the '80s, which was a less accepting time for LGBT people. And as Dan Savage says in the movie, effeminate kids, whether they are gay or straight, get persecuted for, kind of, how they walk and how they talk. ... When I'm not confident in my life, for whatever reason, sometimes those feelings of shame and stigma resurface.

On where the "gay sound" comes from

Thorpe: If I have to speculate about where the so-called gay voice comes from, for me, both the most predominant answers work. One is that as you're acquiring language you tend to imitate the people you trust and you identify with, and certainly for me that was a lot of women. I always had a lot of female friends growing up and I don't think that's atypical for some gay men. At the same time, I totally get that when I came out, I wanted to be recognized as gay; I wanted the world to know I was gay and I wanted to fit into this existing community, so I think my voice really did change after I came out. I think that both the language-acquisition theory and the community-learned way of speaking hold water. It's kind of impossible to really tangle out a single reason.

On Sankin's goal as a speech pathologist

Sankin: When people come to see me they typically have reached the point where it's really bothering them and it's interfering with communication. ... Where I typically go with them is trying to give them that confidence. ... I always start my sessions by saying, "Tell me about your week. How was your voice? How was your speech this week?" And when clients come in and say, "You know, I feel so much better. I'm speaking more, I feel much more confident," that's what I'm trying to achieve.

On what Thorpe gained from working with a speech pathologist

Thorpe: For me, what I really gained from the voice coaching was actually how to position my larynx and how to speak more naturally. For me the long O's are a style and I kind of embrace that style. And in the film, in fact, I talk a little bit about where that comes from, which is there's a longstanding stereotype of this kind of aristocratic kind of pansy figure from Hollywood and film and I think I absorbed that growing up. But I embrace it now and I think it can be fun and funny and part of who I am. What I took from Susan was more an easy way of speaking and an ability to speak authentically rather than changing my style to sound less gay.

On Thorpe's gay friends also struggling to accept their voices

Thorpe: One of the revelations of making this film was that this is something that had always bothered me and every time, basically, I talk to a gay man I would find out that he also had either spent a lot of time thinking about his voice or used to be self-conscious about his voice or still felt self-conscious about his voice. And it was so shocking to me that none of us had ever spoken to each other about it. There's a dinner party scene in the film with my two best friends for the last 15 years, and I learn in that dinner party that one of them has really struggled to accept his voice. And I learn that the other one has [not only] struggled with his voice but just with being gay in general. And he says, "I just have a generalized self-loathing." And it was so shocking to me, this kind of casual confession of shame, because it really isn't something we had ever talked about.