Accessibility links
What Have The Numbers Done To America's Pastime? Baseball statistics have been around almost as long as the game. But a recent statistic explosion has led to covert skulduggery, industrial espionage and power politics. In baseball! 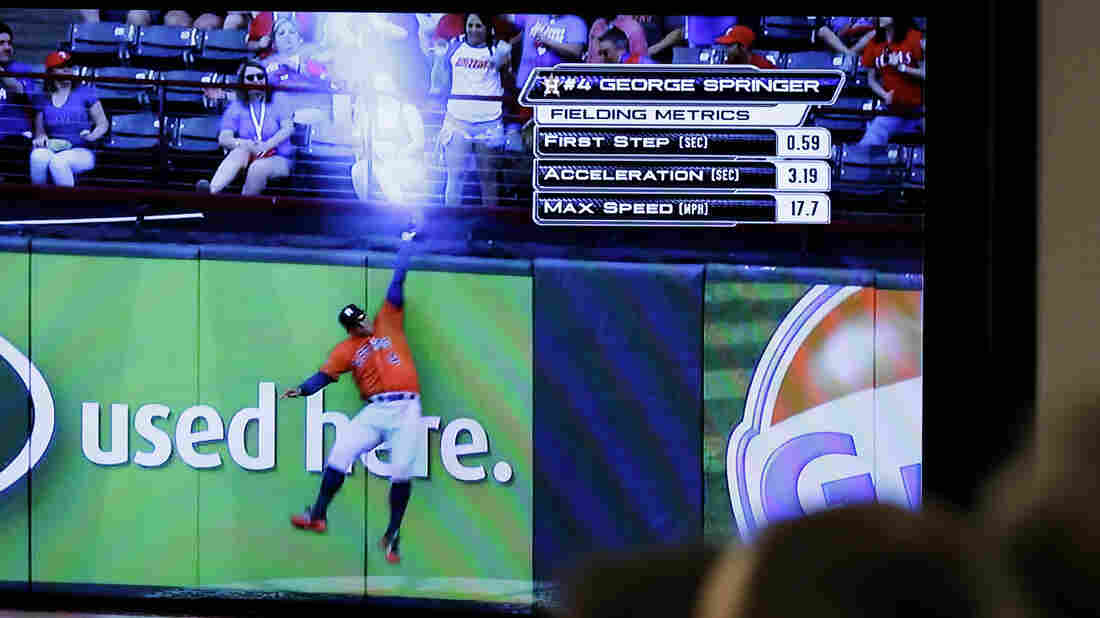 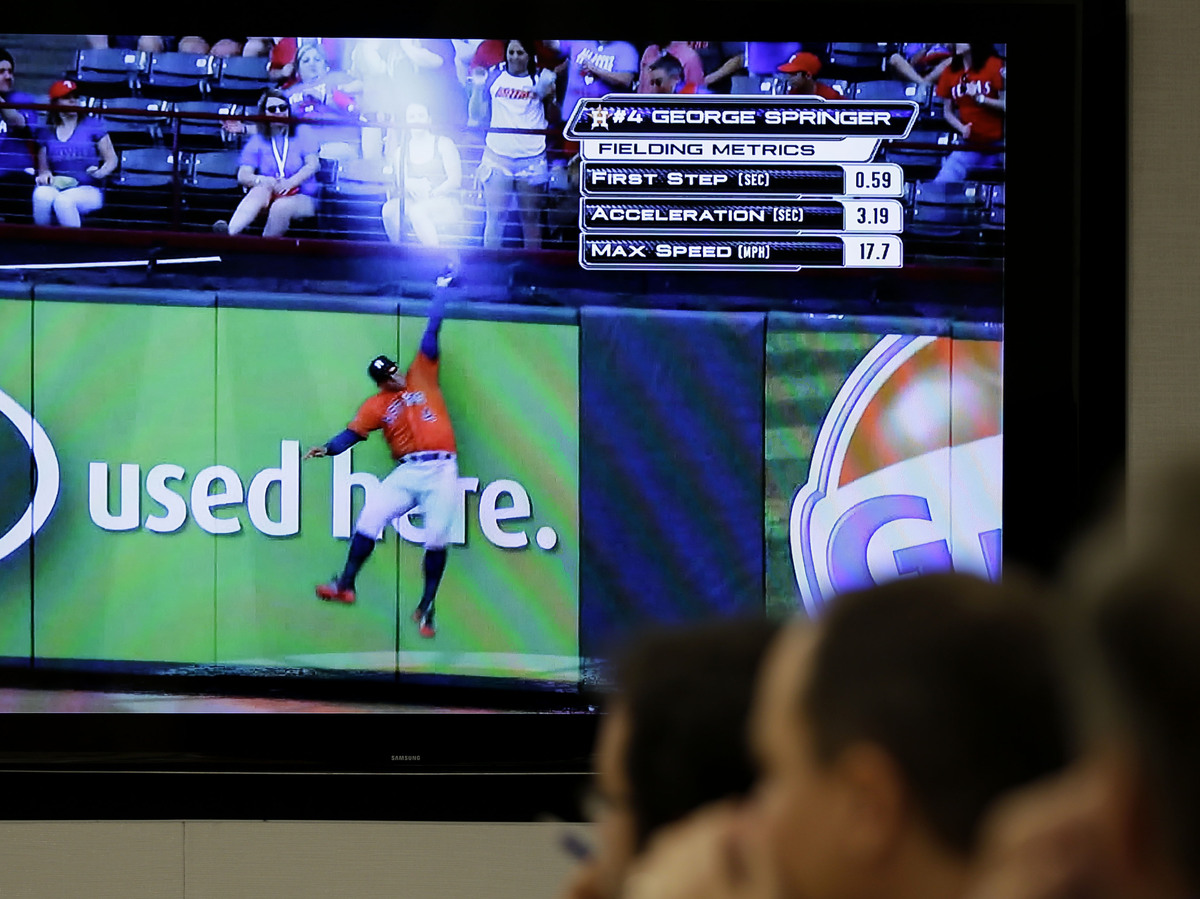 Reporters and Major League Baseball employees watch a demonstration of new statistics made possible by technology upgrades at baseball stadiums during an April 20 news conference in New York.

Whereas numbers have never been a significant adjunct to the other performing arts, they've been stitched into the very essence of sport. Not just the score, but how fast, how far, how good. And, of course, no sport is so identified with numbers as is our American baseball.

In fact, baseball statistics have been around almost as long as baseball. But stats — which is a fairly new shortcut word, about as old as the Mets and Astros are — have proliferated recently, not only in other sports, notably basketball, but to deeper and deeper levels of baseball enlightenment.

Today, traditional statistics like batting or earned run averages — righteous measures that were accepted as the athletic equivalent of the Ten Commandments — are made to seem quaint and primitive. Baseball even has its own specific brand of analytics, which is known as sabermetrics.

Baseball statistics were further glorified by Michael Lewis in his book Moneyball and then on film by the heartthrob Brad Pitt. Imagine on-base percentage being a thing of heartthrob. Moneyball posited the fancy that revolutionary statistical magic had sprung forth from the brain of the Oakland General Manager Billy Beane, like Athena emerging full-blown from Zeus' head. In fact, other resourceful innovators had found original uses for stats all through diamond history.

But now there is an absolute sabermetric explosion. Every team has employed nerds, who are presumably tucked away in secret offices, with computers and green eyeshades, emerging only to hand over new numerical strategies. This has resulted not only in the outward and visible sign of infielders being shifted all around the diamond like linebackers in football, but even in covert skulduggery, industrial espionage and power politics.

Last week the Los Angeles Angels of Anaheim general manager up and quit in midseason — something that statistically just doesn't happen — because, it seems, his manager wouldn't apply enough of the new metrics that his computer minions were churning out.

But wait! Worse than this front-office insurrection, the federal government itself may well bring charges against one or more members of the St. Louis Cardinals staff, nabbed for hacking into the secret files of the Houston Astros. Hacking! Baseball! Like Russians and Chinese. Oh my.

It makes deflating a few footballs look like child's play, and it makes baseball the darkest statistical art, even more the place for sexy metrics.