Accessibility links
Review: Flying Saucer Attack, 'Instrumentals 2015' The English band's first album in 15 years lives in the crevices between abstract noise and melodic atmospheres. It feels outside of time, as if its songs began eons ago and could last forever. 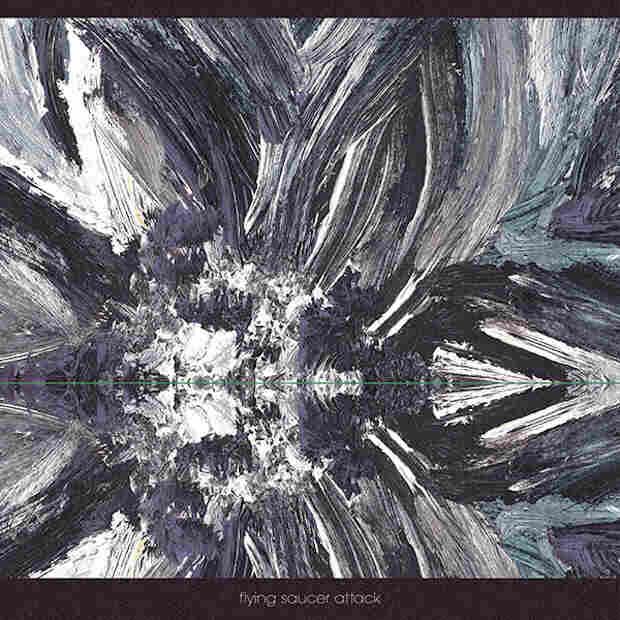 There's always some degree of obscurity to the layered music of Bristol, England's Flying Saucer Attack. But for a long time now, the band itself has been virtually unknown: Dave Pearce, the lone member since Rachel Brook left in 1996, hasn't made a new album since 2000's The Mirror. So it's apt that his return effort, Instrumentals 2015, is one of the most obscure-sounding records in the Flying Saucer Attack discography.

Which is not to say that Instrumentals 2015 is unapproachable. In fact, its obscurity helps make it so intriguing, and so able to draw listeners into its rich aural world. Where in the past Flying Saucer Attack traversed a range of styles — feedback-heavy shoegaze, Nick Drake-leaning folk, electronic-beat-driven rock, a self-made mode dubbed "rural psychedelia" — here Pearce sticks solely to guitar-based ambient sounds. His singing, which often provided a point of entry, is noticeably absent, and few songs have traceable structures to latch onto.

The resulting music lives in the cracks and crevices between abstract noise and melodic atmospheres. In an early interview with Ptolemaic Terrascope, Pearce said of his musical influences, "There must be something waiting to be found between their musics, whole new areas to explore." Instrumentals 2015 is about that kind of discovery. It's closest in the Flying Saucer Attack oeuvre to 1996's In Search Of Spaces, which grafted together between-song improvisations from various live performances.

But where that album was a single 50-minute collage, Instrumentals 2015 presents 15 shorter songs, making each easier to digest and revisit. The predominant moods are patience and reverence, suggesting that these are sounds worth waiting for. Pearce's guitar has a hymn-like tone that adds a cinematic hue, but his songs feel beyond concrete words or images. Perhaps that's why he gave them all neutral titles: Nothing here seems meant as anything but pure, enveloping sound.

Because Instrumentals 2015 is so non-literal, it feels outside of time, as if the songs began eons ago and could last forever. It's tempting to wonder what might have happened had Pearce stretched them out further, but leaving listeners craving more is a Flying Saucer Attack specialty. On Instrumentals 2015, Pearce plays that trick to perfection, like a musical magician who disappears before your ears.