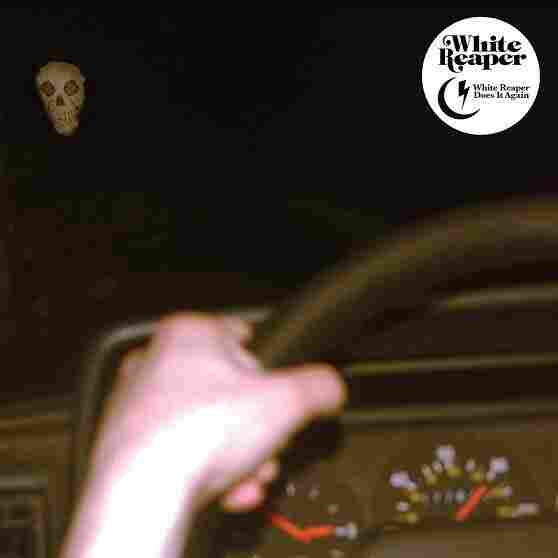 White Reaper Does It Again extends the freewheeling Louisville rock band's breakneck punkish pop across 12 songs, beyond the scope and attack of White Reaper's first 45 and EP. Its sound has accumulated the filth and grit of life on the road, not to mention a fair amount of recent influences, along the way.

On Does It Again, White Reaper relinquishes a bit of its instrumental tightness in order to plug into the zeitgeist, locking in to what fueled Jay Reatard and continues to power Ty Segall, King Tuff, JEFF The Brotherhood, and the entire Burger Records oeuvre: the search for a party, the drive to an imagined oblivion.

The rhythm section of Sam and Nick Wilkerson steers this craft with fierce determination while adding tambourines and fuzz pedals to the repertoire, bolstered by keyboardist Ryan Hater's chirpy, single-note tones. Singer-guitarist Tony Esposito continues his transformation from Southern kid to Anglophile boy wonder, pushing his affectations into a mutant form of the English language. By the end of the frantic "I Don't Think She Cares," the title degenerates into something like "I die thai shai kayy any mower"; the kiss-off of "Sheila," coming from Esposito, sounds more like "she left," which in this case makes sense.

It's no surprise that so many bands have channeled these sounds in recent years: Playing music is fun, not to mention a great way to meet people, do a little traveling, and look and feel cool. But it's not enough to have just the riffs, or the practice, or the stance, or the songs, or even all of the above. It's the way White Reaper insists on playing to classic rock 'n' roll ideals while simultaneously trying to dissolve them in acid that makes this entire album stick. You'll be combing it out of your hair for weeks.