Accessibility links
Review: Alan Jackson, 'Angels And Alcohol' Though it's sure to attract accolades like "pure" and "classic," the country star's 15th album never seems mired in the past. 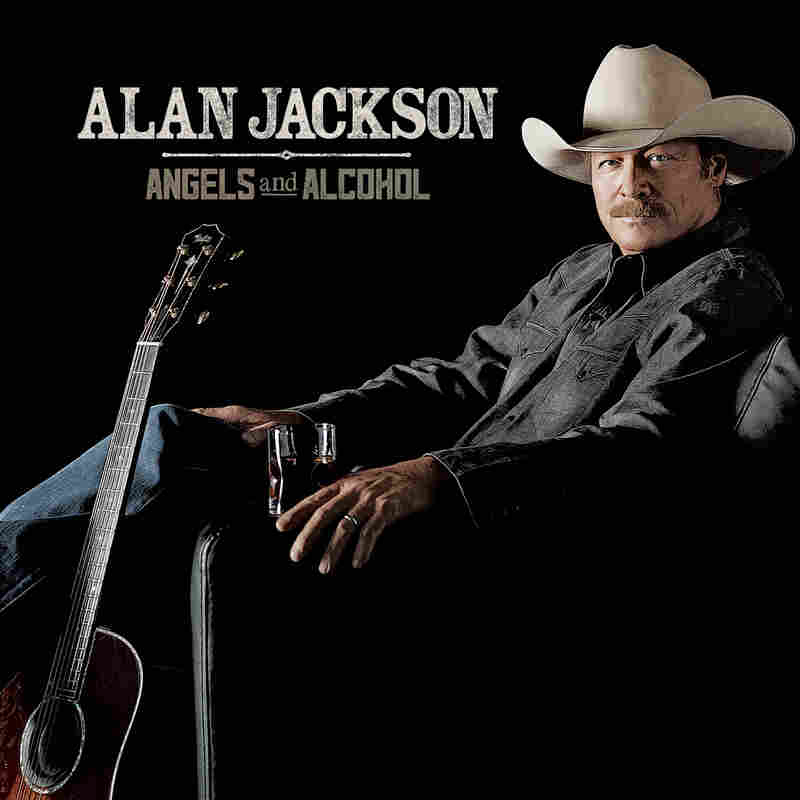 A word for artists striving to make something timeless: Stop. People live within history. It provides particular tools, collaborators and ideas that even the most blinkered hermit can't really avoid. But if you want to make art that feels timeless, integrating its sources so well that they seem to arise from within, telling stories that resonate across generations, and doing so with a blend of humility and self-confidence that makes striving for trendiness unnecessary, Alan Jackson has some lessons for you.

Jackson is a country-music colossus with 25 years in the business, 50 Top 10 hits and 60 million albums sold worldwide. On his 15th studio album, Angels And Alcohol, he sounds just like a dad striving to stay patient, a loving husband who sometimes still looks back on his wild-oats years, and a hard worker proud of the skills he's mastered and the time it took to do so. He's an extraordinary embodiment of a certain kind of ordinary man, and the subtlety with which he occupies the role makes it seem not the least bit old-fashioned. After turning overtly traditional with The Bluegrass Album in 2013, Jackson has now made a record sure to attract accolades like "pure" and "classic." But Angels And Alcohol never seems mired in the past.

The first track sets the tone. "You Can Always Come Home" is a rolling ballad that reaches out to a child who's just about to start wandering. The song is comforting, but it leaves room for heartache; any parent who's lived with worries will notice the lyrical turn when Jackson reassures his kid that he'll always be there, "even if you never find your way." Such small acknowledgments of our flawed existence make Jackson's takes on classic themes warmly personal, as does his carefully shaded baritone — his voice always makes room for humor, self-questioning and hope.

Angels And Alcohol is full of songs like this, which address country music's favorite themes of love, mistakes and redemption in ways that feel up close and personal. Jackson wrote most of them himself, and they're wonderfully relaxed and gently idiosyncratic, the result of a singer-songwriter's contemplation instead of a Nashville boardroom's direction. The bluegrass-touched "Gone Before You Met Me" puts Jackson in a dream with Tom Sawyer and Jack Kerouac before the smell of coffee brewing wakes him to the domestic life he prefers. The George Jones-inspired "I Leave A Light On" describes how a vigil for lost romance can become almost religious, while the sorrowful title track is a honky-tonk hymn. On the more playful side, Jackson practically begs for answer songs from Reba and Dolly with the randy come-on "You Never Know" (featuring hot fiddle from Hoot Hester) and the not-that-cranky kiss-off "Jim And Jack And Hank." Like every track here, these standouts revel in images every country fan will recognize, with a level of wit and investment that makes them feel utterly right.

Musically, Angels And Alcohol sticks to the meat, ma'am: no beats, no AutoTune, just plenty of brilliant playing by Jackson's many friends in the community of seasoned Nashville cats. Among other things, Angels And Alcohol is a great guitar album, featuring an all-star roster that includes Brent Mason and J.T. Corenflos, steel guitarists Jim Vest and Paul Franklin, and Silvertone slide master Robbie Flint, all of whom complement Jackson's cool with plenty of zing. At the center of every perfectly executed song stands that calm presence: Jackson, a man who knows exactly what he means to say, and says it without fuss or apology.