Accessibility links
To Survive, The Greeting Card Industry Will Have To Get Creative Card sales are stagnant and Hallmark just made major job cuts. While some millennials have found novelty in paper cards, the traditional cards can't quite compete with social media. 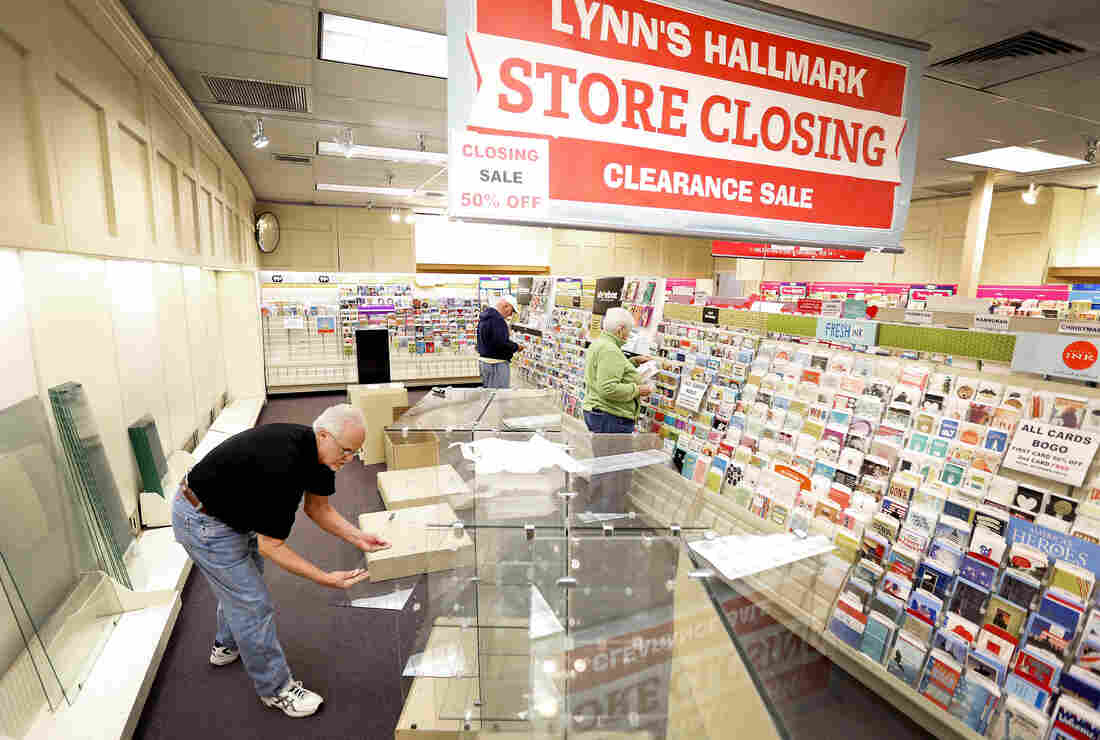 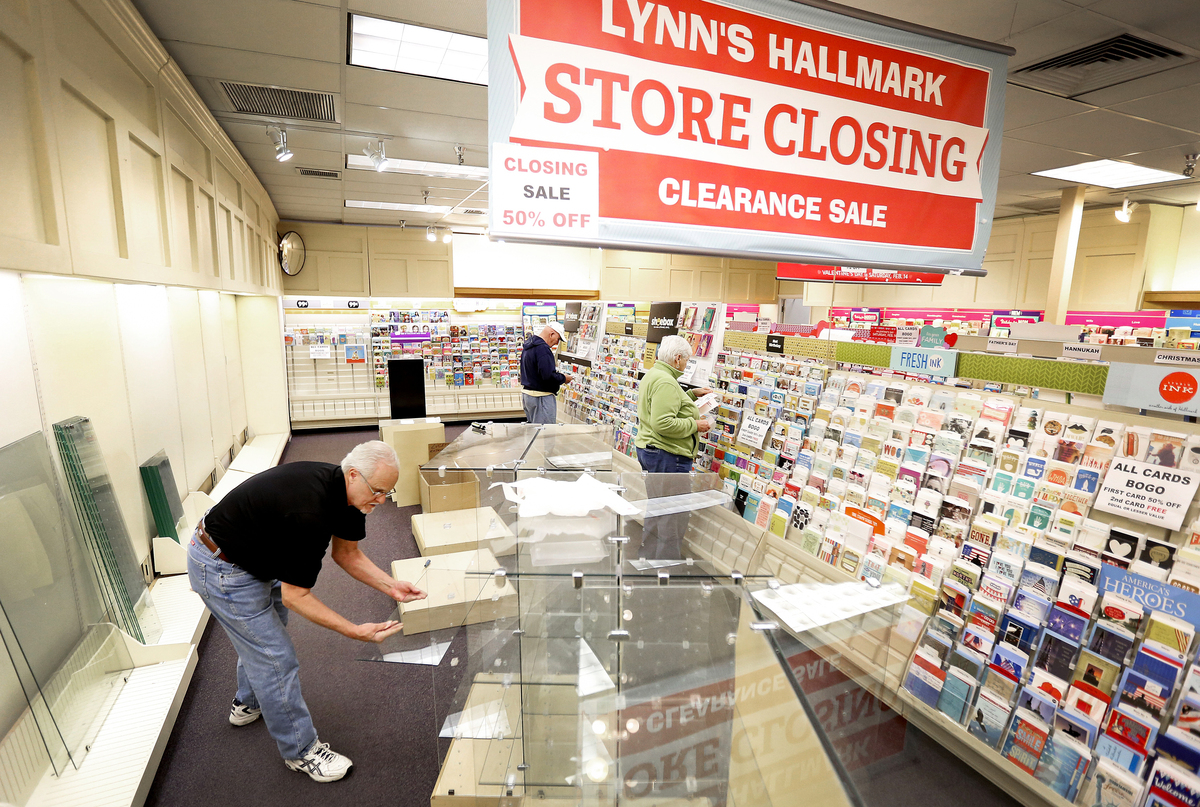 The greeting card industry is struggling to stay relevant in the digital age.

Hallmark has announced that it's closing its distribution center in Enfield, Conn., and cutting 570 jobs there, as it consolidates operations elsewhere.

For decades, the greeting card maker held a reputation as the type of company where good employees had a job for life.

Julie Elliott, Hallmark's PR director, says layoffs, like the ones announced this week, are especially painful.

"This decision does not reflect in any way on the Hallmarkers who worked here in Enfield, or the community at all. It's just simply a decision that we had to make," she says.

She says big layoffs are another symptom of epic transformation underway in the greeting card business.

"I would say that the personal expressions industry is facing something, kind of like climate change shift, where things aren't going to go back to the golden age that they were in the '80s," she adds.

Social media has leapt up as the faster, cheaper, often preferred means of communication — even for guys like Steve Mark.

Mark was forced to retire from Hallmark after 35 years and now spends much of his time at his home, on Facebook. 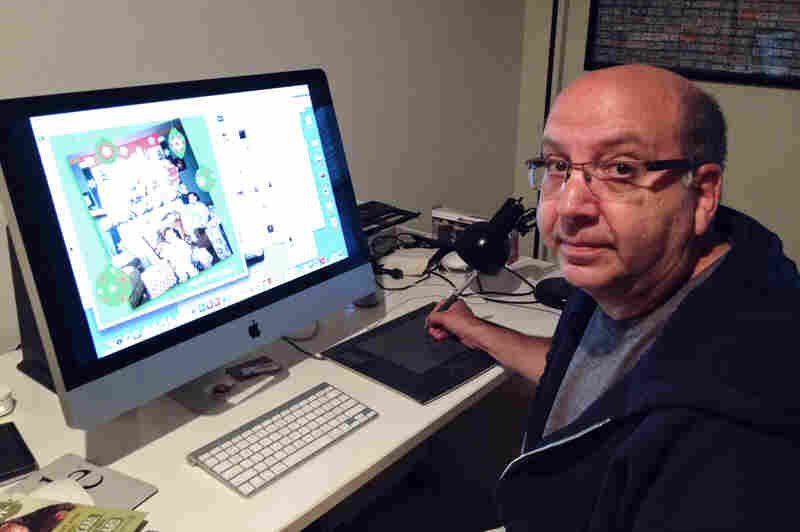 Steve Mark, who was forced to retire after 35 years with Hallmark, is now enamored with Facebook, where he can create his own cards. Frank Morris/KCUR hide caption 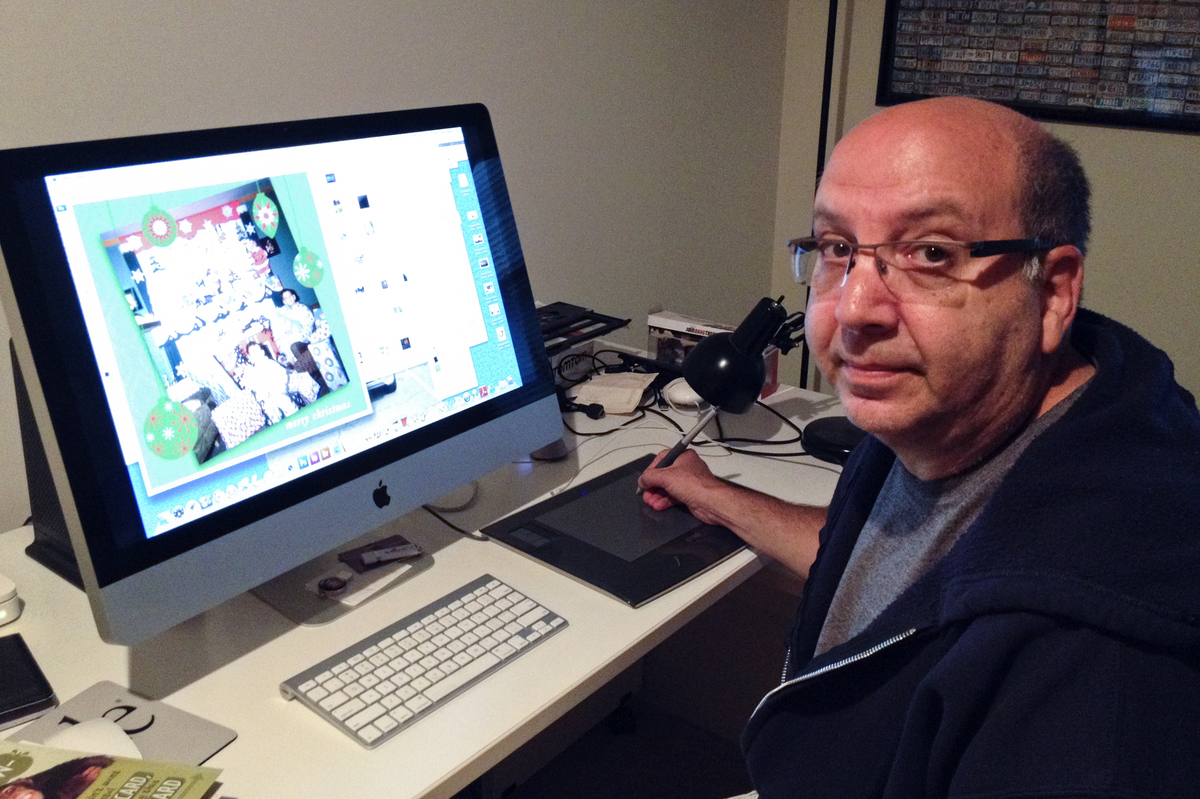 Steve Mark, who was forced to retire after 35 years with Hallmark, is now enamored with Facebook, where he can create his own cards.

"This is a vintage photo of my brother and I, probably late 1950s, where I'll make my own greeting card, Merry Christmas, and I'll send this off to my Facebook friends," he says. "So, that cuts into Hallmark."

In just five years, the company has slashed its workforce from almost 22,000 full timers to about 10,500 worldwide now.

Hallmark sells wrapping paper, toys and books, too. It owns Crayola, a cable channel and real estate. Some of its divisions are profitable, but overall revenue has slumped about 2 percent annually in recent years.

Sarah Turk, and analyst with IBISWorld, says the paper greeting card industry which Hallmark shares with American Greetings, and a couple hundred smaller companies, is much worse.

"The industry is declining, and from 2015 to 2020 we expect it to continue this downward trend," she says, plunging almost 5 percent each year for this decade.

Card sales have actually held steady in recent years, according the Greeting Card Association. But cards are nowhere near as profitable as they used to be. Companies have flooded the market with personalized digital greetings and delivery systems, but most haven't found a way to squeeze much profit from them.

"The online portion is just not lucrative enough to offset weak sales in stores," Turk says.

But there are some bright spots.

In a Kansas City coffee shop, Danny Wong is plunking change into an old, refurbished candy bar machine, and fishing out greeting cards.

"I think partly it's the novelty of buying it from the vending machine, but also because these cards look pretty cool," Wong says. "I don't think we get these sort of cards back in the UK so we're just making the most of it and getting all the hip things while we're here."

Easy, Tiger is the little startup that makes these cards, with financial backing from Hallmark.

"There's a lot of room for growth in stationery," says Easy, Tiger co-founder Mike Sayre. "It just has to be done in a different way, and I think everybody is trying to figure out what that different way is."

Sayre and others hope that as society digests social media, people will turn back to more tangible means of expression, something you can hold in your hand. But it's unlikely the greeting card industry will get well soon.