Accessibility links
A Documentarian Wonders: 'Do I Sound Gay?' In a new documentary, a gay man tries to change the sound of his voice and wonders why, exactly, he thinks he should.

A Documentarian Wonders: 'Do I Sound Gay?'

A Documentarian Wonders: 'Do I Sound Gay?' 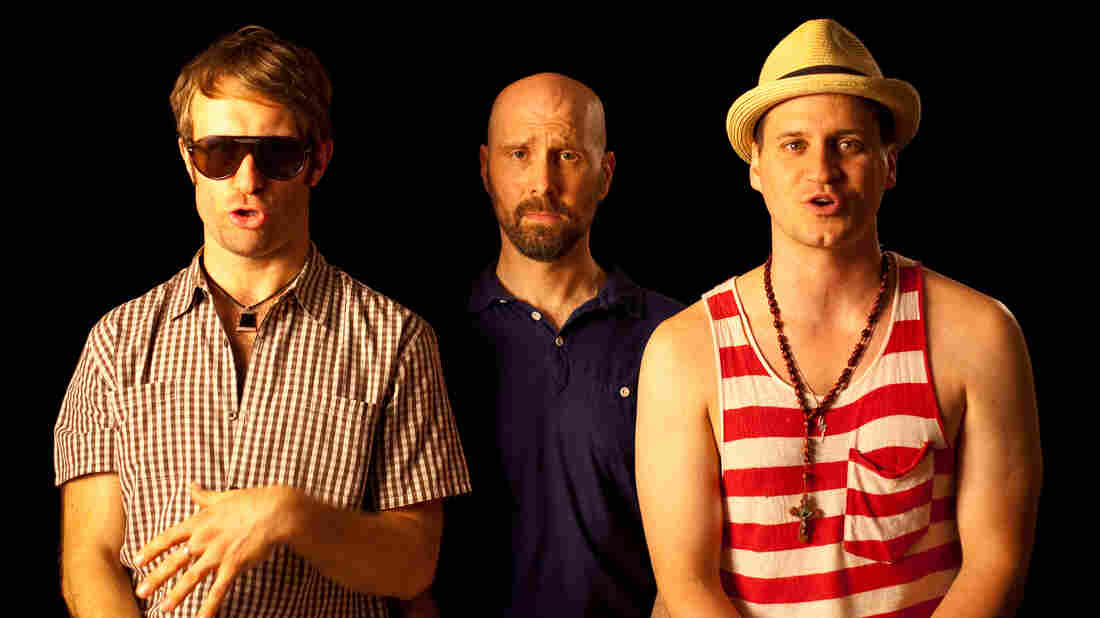 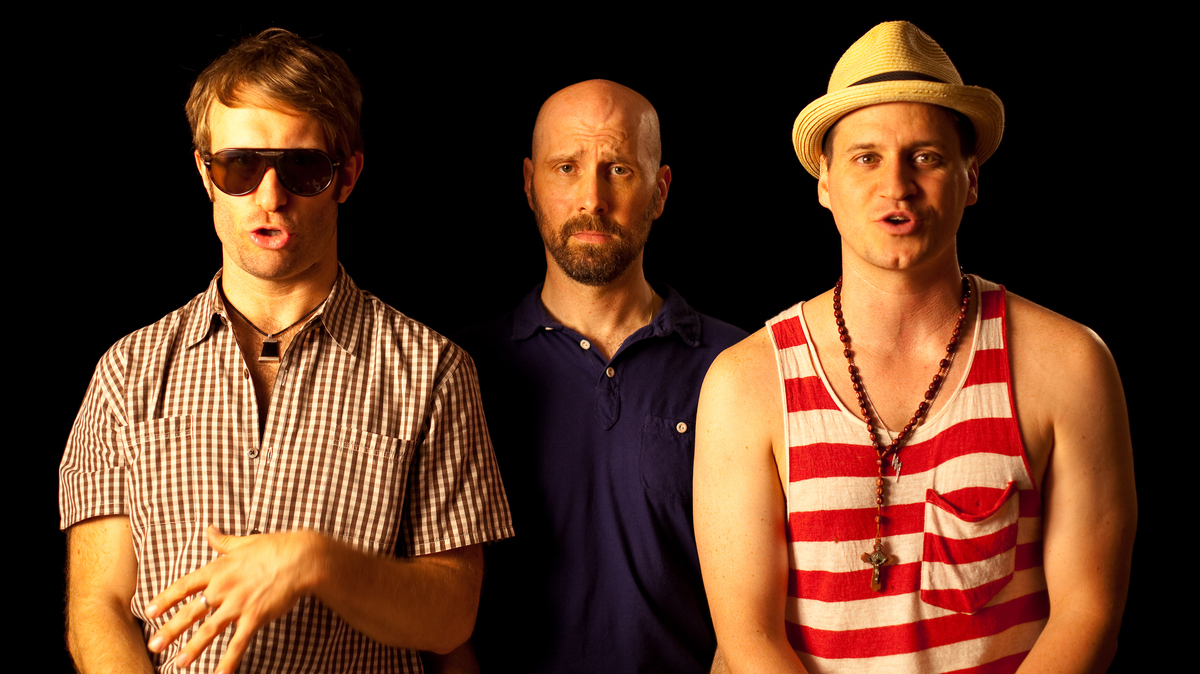 Filmmaker David Thorpe (middle) explores whether there's such a thing as a "gay voice."

In the wake of a bad breakup, journalist and gay activist David Thorpe did what many of us do: He took intense inventory of his own flaws and insecurities, then stepped up one of them into a Thing. A good Thing, as it turns out, whose end result is the charming documentary Do I Sound Gay?, in which Thorpe wryly treats his anxieties about his "gay" voice as an exercise in self-improvement, and winds up with a compelling portrait of internalized homophobia and liberation.

Thorpe admits that going in, he was "repelled" by a speech style that makes gay men sound like "braying ninnies." His efforts to "normalize" his own nasal up-speak with exercises prescribed by a cheery speech pathologist and a Hollywood voice coach are mildly amusing, but they feel a bit like comic filler working too hard. When he broadens his inquiry into widespread assumptions about effeminacy, the story gets a whole lot livelier, more fun, and more illuminating.

Back in South Carolina's Bible Belt, where Thorpe grew up, relatives and childhood friends point out that he didn't sound gay until he came out of the closet in college. Friends within his tight-knit gay circle are more divided: Some confess to hating their lisping, adenoidal voices; others own gayspeak with varying degrees of defiance and jubilation. Thorpe brings in linguists to testify that there's little evidence to support the argument that gay speech is innate.

The explanation that pleases him most is that gay speech has its origins less in biology or neuro-chemistry than in early female influence: Men who grow up mostly around women tend to mimic feminine speech styles — which, Thorpe argues, would explain why some straight men sound gay, and why gays who grow up with brothers often develop basso profundos. That's a persuasive, if mostly anecdotal thesis as far as it goes. Unless you believe that women lisp more than men do, though, it doesn't cover the lisping that so many of Thorpe's friends seem to hate in the way they talk. Yet some also honed their voices — and their ambivalence — from television and classic movie stars who sounded cosmopolitan and sophisticated, or who, like Liberace, turned their effeminacy to their own advantage.

Do I Sound Gay? is very good on the way many gay men who were bullied as children have learned to turn the hatred of others inward, which helps explain cases of gay hyper-masculinity and internal ostracism of effeminate men. The movie's ending is upbeat, with good reason. Taking his cue from the swelling ranks of gay celebrities (among them George Takei, Margaret Cho and the ineffably funny and candid David Sedaris) who are willing to speak on camera about liberating themselves from their own fears, Thorpe realizes he's been asking the wrong questions.

While he was busy trying to iron out his gay voice, New York State legalized gay marriage, and the film's release comes just weeks after the Supreme Court legalized gay marriage across the nation. The last word surely belongs to a clip reel of wonderfully high-spirited teenage boys who, far from feeling cowed by the abuse they took as kids, stiffened their spines and took full ownership of their own expressive styles.