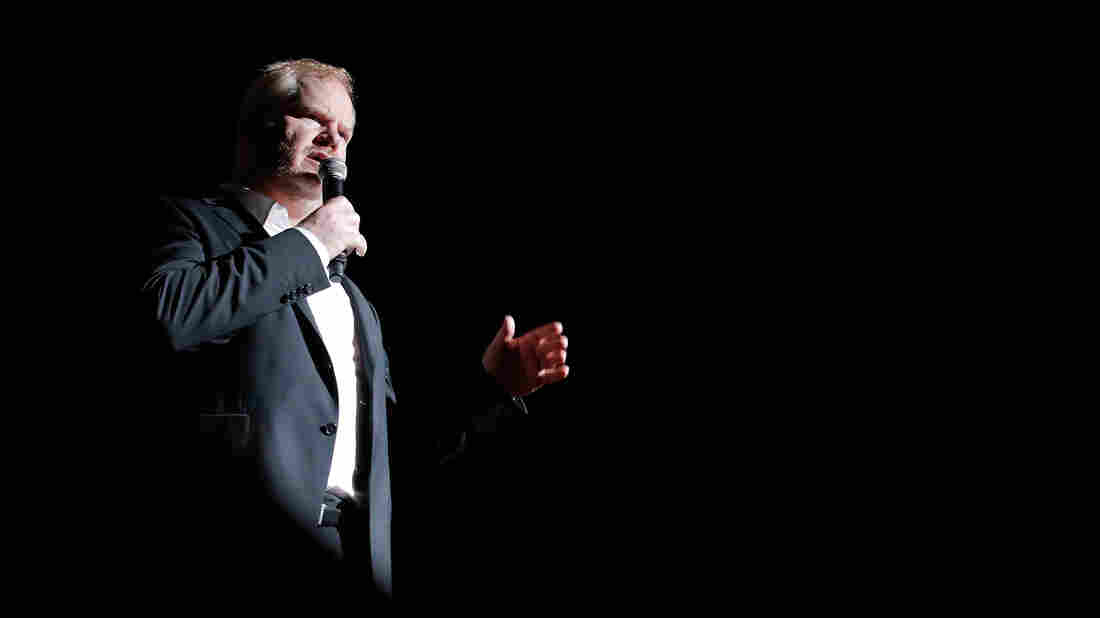 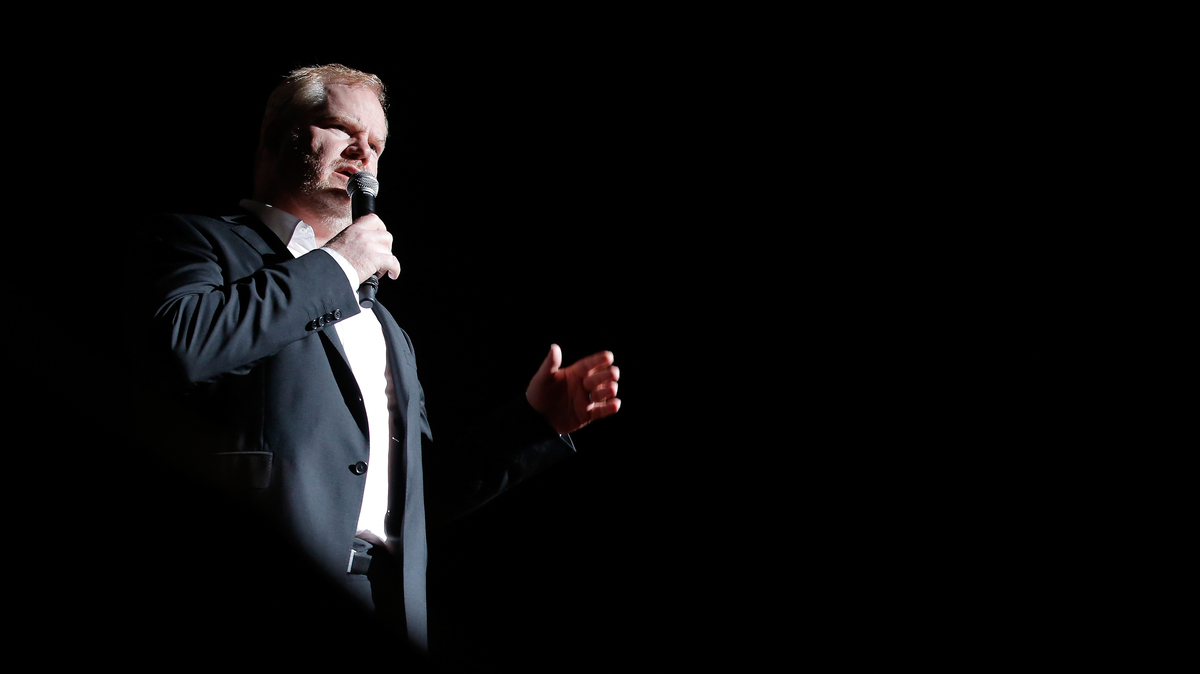 In his new TV Land show The Jim Gaffigan Show, Gaffigan plays a version of himself. That is, he plays a stand-up comedian raising five kids in a small two bedroom New York City apartment. But how autobiographical is it actually? "I'm better looking in real life," Gaffigan told Ophira Eisenberg on stage at The Bell House in Brooklyn. Joining him was his wife Jeannie, who is also a writer and executive producer on the show.

"We do have five kids," Jeannie Gaffigan said. "And we do live in Manhattan, and we definitely did the two bedroom apartment [with them]."

One of the things the Gaffigans love so much about their current show is the freedom they have to write their stories how they want to. "I played a character named Jim Gaffigan on a show 15 years ago, and I didn't have control over what I said," Jim Gaffigan told Eisenberg. "I'd pitch lines, and the writers and the network would say, 'I don't know if [you'd] say that.'"

For their VIP game, the Gaffigans played AMA's version of the "Newlywed Game" — only in this iteration, couples have to be married over a decade with five kids. We asked Jeannie Gaffigan to guess how Jim answered a series of soul-searching questions (for instance, "Which Disney princess are you most attracted to?").

Finally, Eisenberg quizzed Jim Gaffigan about junk foods that give men less-than-desireable bodies. ("I feel like for every David Beckham, there's a lot of Dad Bods," he joked.)

Despite his legendary fast food knowledge, Jim Gaffigan did not get a perfect score. "I love how people are disappointed," he joked when the audience groaned. "They're like, 'You know what? This guy's a charade! He only pretends to eat horribly.'"

Not My Job: Jim Gaffigan Takes A Quiz On Gwyneth Paltrow

Not My Job: Jim Gaffigan Takes A Quiz On Gwyneth Paltrow

Jim, In Praise of Jeannie

"Jeannie is a very attractive woman. She's very thin, and I know I look like I have two wives and I ate one of them."

Jim, on which kids he's a giant pushover with

Jim, on his book about junk food

My wife wanted me to add a disclaimer to my book that said "No one should eat like this." There are people who think I'm a proponent of unhealthy eating. I'm like the opposite of Michelle Obama.