Accessibility links
After Death, James Tate's Poetry Continues To Delight Though James Tate died before his new book was published, his influence and appeal persist due to his surrealist style and willingness to blend tragedy and comedy. 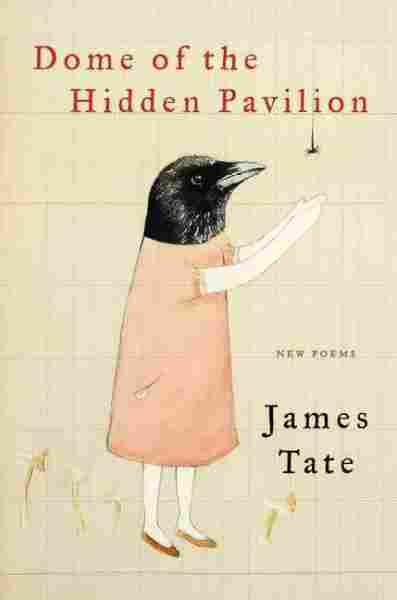 Dome of the Hidden Pavilion

Pulitzer Prize-winning poet James Tate died this week, just before the publication of his new book, Dome of the Hidden Pavilion. He was 71, and one of the most popular poets of his generation, beloved as much by readers, who found in his work a more accessible and entertaining version of poetry, as by fellow-poets, who have relentlessly imitated his style for decades.

Tate was prolific — this is his 17th full-length collection, and incidentally, the sixth to employ the "X of the Y" formulation for the title (earlier iterations include the National Book Award-winning Worshipful Company of Fletchers, Memoir of the Hawk and Return to the City of White Donkeys). I mention this habit because Tate is a prime example of a poet who has worn deep groves in his mental pathways — his poems are mostly similar to one another, almost always funny and surreal, and almost always entertaining and mysteriously sad — without stomping the life out of his imagination.

A Tate poem often features a hapless protagonist (usually a well-meaning man) who stumbles into a set of ridiculous circumstances that nonetheless don't seem particularly ridiculous to him. The tone is airy, bemused — "Some things don't deserve to be contemplated" — hiding profundity beneath a relaxed surface. This man might meet a few townsfolk, each of whom will make some remark on the circumstance, which will get weirder with each remark, and then the poem then ends with a clever zinger. Usually, the action turns on increasing communication difficulties. Tate may be the only poet whose main subject is the benefit of misunderstanding.

Similar in content and form (silly situations cast in long-lined columns) to the last few, this new collection exhibits the tail end of a slow evolution that's been going on in Tate's work for decades: He began his career with skinny, shapely lyrics, like his legendary elegy for his father, "The Lost Pilot," which showcases an intimate, often serious, almost confessional voice. From those first-person poems about things that happened to the poems' speakers, Tate crafted a form of his own over three decades — the long-lined, small-town fables that have obsessed him since the 1990s and won him a wide readership.

Watching him work out the details of these little stories is delicious, and it's the details that keep them feeling fresh, despite what might seem like a formula. Take a new poem about a man who must stuff his mother-in-law, who has "grown nine feet tall, and her/ face is all contorted" into the backseat of his car. The experience:

was quite an ordeal. She

her chin. Her mother was screaming and kicking at us."

Tate really lets us savor the scene like a veteran comic building to the punchline, but with a bit of something else, too, a mischievous fidelity to reality, which, after all, is this funny and sad: many mothers-in-law take up more than their share of space. And yet, there's affection mixed in, always. The lumbering, awkward, and damned are Tate's friends.

Another thing to notice here is the line breaks: they're pretty arbitrary — ending the first two lines above with "She" and "up to" doesn't make the packets of thought any more meaningful. It's as if Tate wants to remind us that, though it sounds and acts like prose, we're inside a poem here. And that may be the most valuable and influential thing that Tate has accomplished in this late work: to help redefine the lyric poem as a linguistic forum in which narrative, humor, and music get equal billing.

Tate will be dearly missed, though his influence on younger poets is permanent. His was a constant reminder that poetry should bring joy as well as consolation, insight, intelligence and empathy. May what follows for him be as odd and pleasant as the scene in his new poem, "The Afterlife," in which a dead man — a ghost — falls into the speaker's backyard:

pleased to meet you," I said. "I think you're supposed to

scream or something," he said. "Oh no, I'm really pleased,"

drop by. It was the wind," he said. "And then the wind stopped

be going with me, of course, when I leave. You'll never be

coming back," he said.

Craig Morgan Teicher's most recent book of poetry is To Keep Love Blurry. He is also the editor of the forthcoming book Once and For All: The Best Of Delmore Schwartz.