Accessibility links
How Harper Lee Went From Wannabe Writer To The Jane Austen Of Alabama Lee once said she wanted to be the chronicler of "small-town, middle-class Southern life." Even without her highly anticipated second novel, Go Set a Watchman, many fans would say she succeeded. 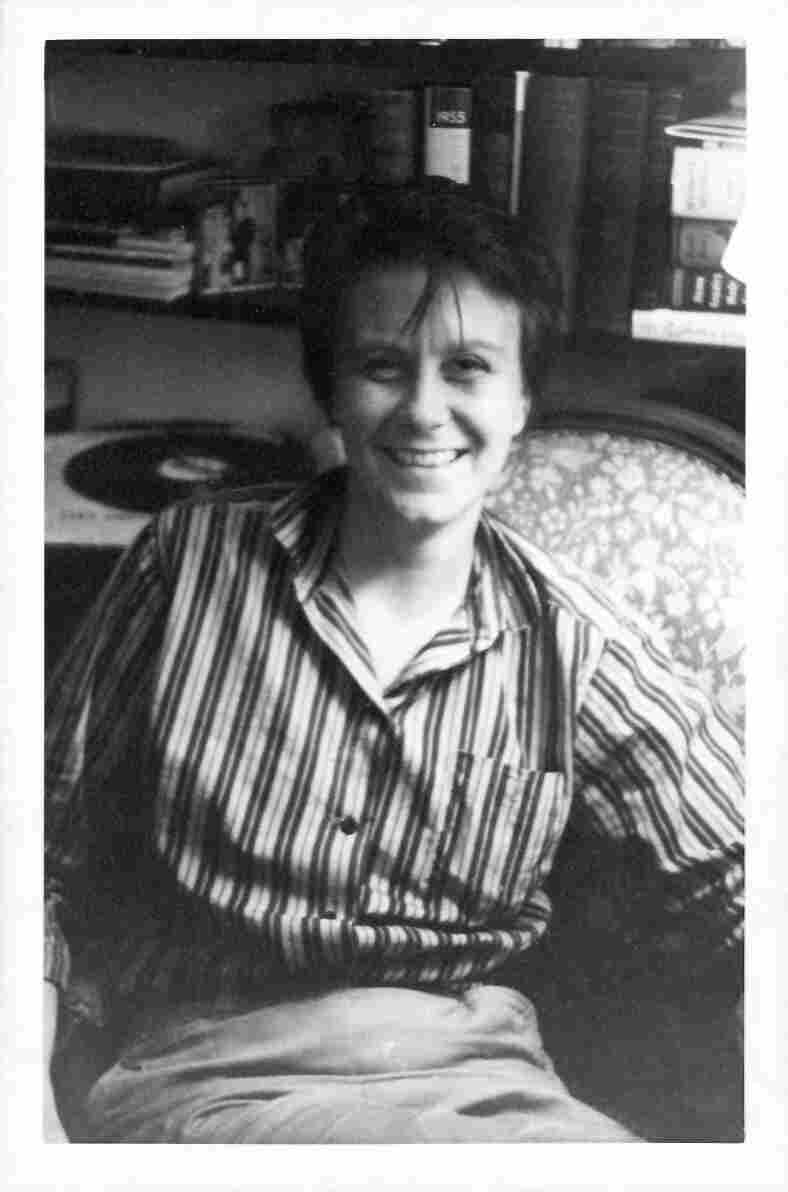 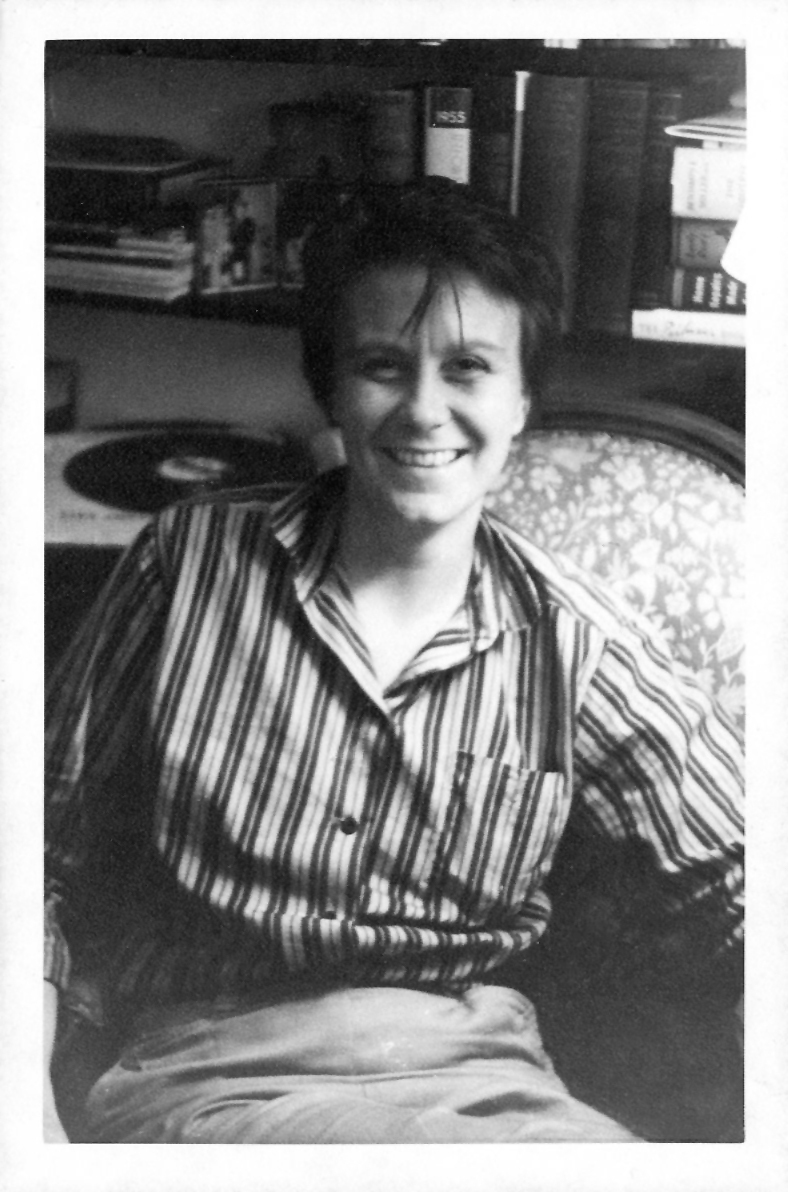 Harper Lee's friend Michael Brown took this picture of the author in October 1957, the same month she signed with publisher J.B. Lippincott.

Harper Lee's Go Set a Watchman is one of the most anticipated books of the year. (It comes out on Tuesday, but the first chapter was published Friday in several newspapers.) Lee wrote it before her classic debut, To Kill a Mockingbird, but it's set many years later and it features some of the same characters. It opens with Scout, now grown up and known as Jean Louise Finch, taking a train from New York City back to her hometown in Alabama. Lee sets the scene:

"Over her breakfast coffee, she watched the last of Georgia's hills recede and the red earth appear, and with it tin-roofed houses set in the middle of swept yards, and in the yards the inevitable verbena grew, surrounded by whitewashed tires."

That's a train ride Lee would know well. She split her time between New York and Monroeville, Ala., until moving back home for good in 2007. And like the character of Jean Louise Finch, Lee doesn't like to fly.

Lee moved to New York in 1948. As Charles Shields, author of Mockingbird: A Portrait of Harper Lee, explains, "Lee came to New York believing that it was the literary capital of the world and that's where she belonged as a young wannabe writer."

But success did not come easily. "She got a job as an airline reservationist at Eastern Airlines," Shields says, "and she wrote at night and on the weekends while working as a reservationist for about eight years." 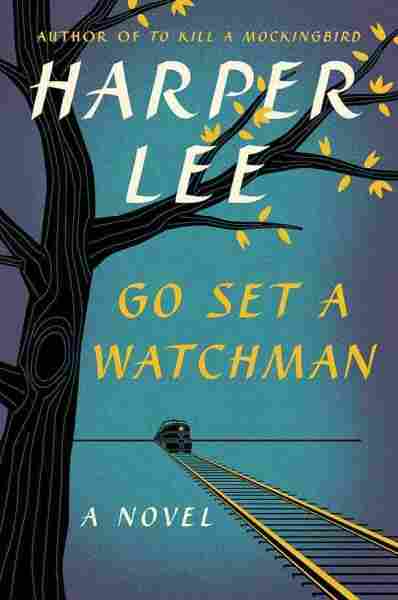 Lee's fortunes began to improve at the end of 1956 when her friends Michael and Joy Williams Brown gave Nelle, as those close to Lee call her, a generous Christmas gift: enough money to spend a year writing. That's when she completed the manuscript for Go Set a Watchman. The novel helped her find an agent, who got her signed to the publisher J.B. Lippincott. But Go Set a Watchman was never released. Instead, Lee's editor urged her to expand on the flashback passages set during Scout's childhood. Lee spent more than two years writing and rewriting the novel that became known as To Kill a Mockingbird.

"If Go Set a Watchman was already in the can, that could have come out almost immediately," Shields says. "But instead it wasn't brought to market, so apparently it wasn't a contender."

Jonathan Burnham — publisher of Harper, the HarperCollins imprint that's releasing Go Set a Watchman — disagrees with Williams' assessment. He says it's an entirely separate book that stands on its own.

"The notion that Go Set a Watchman is an early draft of Mockingbird I think we can discount," Burnham says. "It's a book written by a young woman set in her own times, quite unlike To Kill a Mockingbird, which casts itself back. And it's a novel, as people will discover, that addresses the political issues of the 1950s head-on."

Burnham says the publisher is releasing the novel largely unedited, in accordance with Lee's wishes.

Why Lee never wanted to release the novel until now remains a mystery, and the 89-year-old isn't talking. In her last full interview more than 50 years ago, with radio station WQXR in New York, she said:

... all I want to be is the Jane Austen of South Alabama.

"I would like to be the chronicler of something that I think is going down the drain very swiftly. And that is small-town, middle-class Southern life. There is something universal in it. ... There's something to lament when it goes, in its passing. In other words, all I want to be is the Jane Austen of South Alabama."

Even without a second novel, Lee's fans would say she succeeded.