Accessibility links
Not My Job: Terry Gross Gets Quizzed On Terry Gene Bollea (aka Hulk Hogan) We recorded the show in Philadelphia this week, which means that (for once!) we get to ask Fresh Air's Terry Gross the questions. 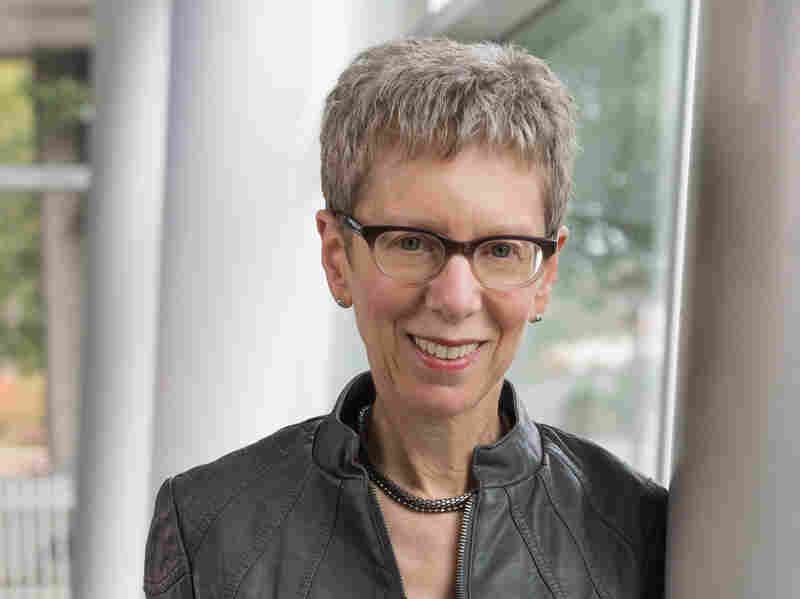 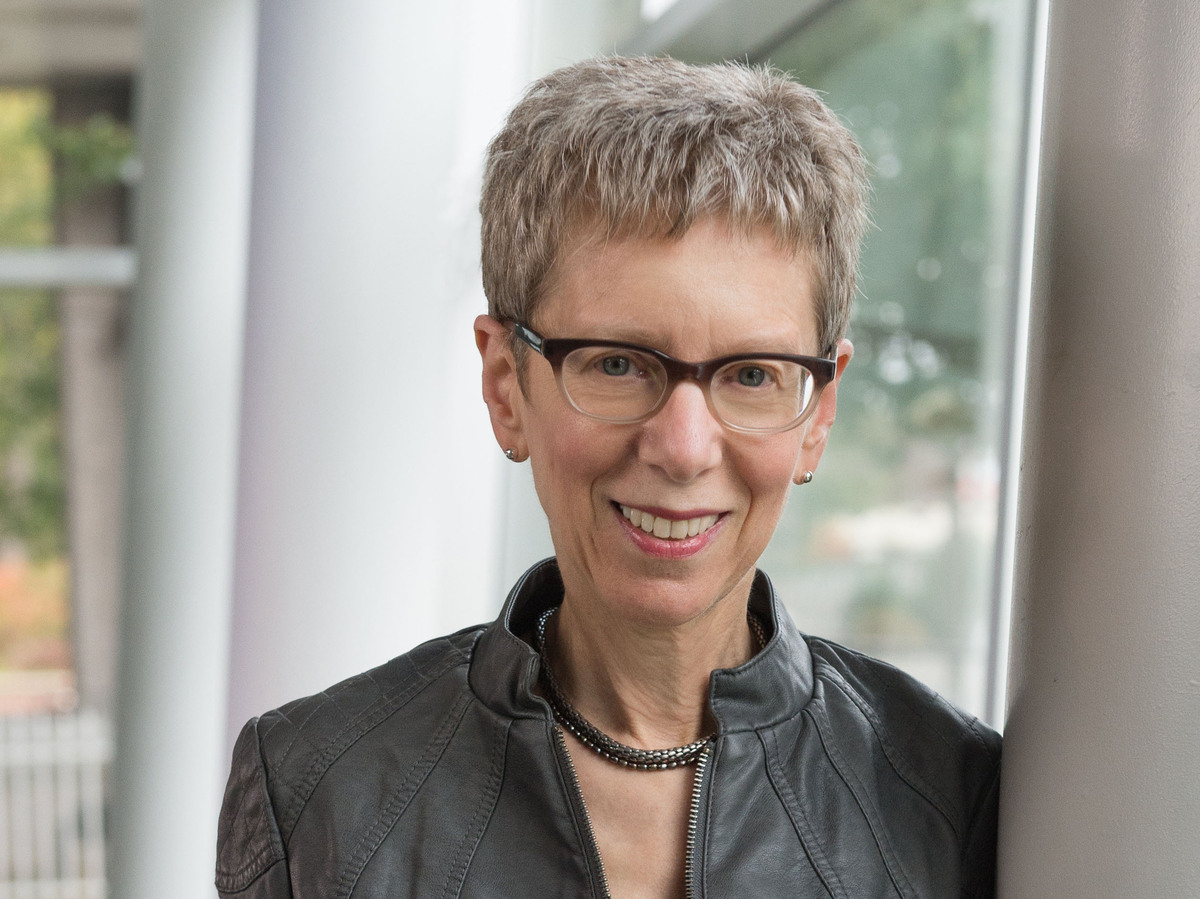 This week, we recorded the show in Philadelphia, home of WHYY. And that means that (for once!) we get to ask Fresh Air's Terry Gross the questions.

And now the game where we ask wonderful people about silly things. Celebrities want to be interviewed by her, other public radio hosts want to be her, Bill O'Reilly wants to pretend she doesn't exist.

SAGAL: We are so pleased to have her with us, here in the town that she made famous, Philadelphia's own Terry Gross. Welcome to WAIT WAIT ...DON'T TELL ME.

SAGAL: So great to see you.

TERRY GROSS, BYLINE: It's wonderful to be here.

SAGAL: So let me just admit this. You're better at interviewing than I am so what should be the first question I ask you?

GROSS: Oh, gosh. How should I know the answer to that? That's your job. I'm just showing up.

SAGAL: If you were interviewing you...

SAGAL: If you were interviewing you...

SAGAL: First of all, how would you prepare? What is your typical preparation for interviewing someone like yourself?

GROSS: For interviewing someone like myself, I would listen to a lot of my show.

GROSS: I would read anything I've written.

GROSS: I would read what other people have written about me.

SAGAL: Right, and would you, in your kind of patented Terry Gross way, look for that little crack in the facade that you could pry yourself into just at the right moment to open up their emotional vulnerability?

GROSS: I don't like to think of myself as preying on my listeners and go in for their vulnerability.

SAGAL: Yeah, but you do that so well.

GROSS: I don't think of it that way (laughter).

SAGAL: We don't listen for the, you know, press releases, we listen for them to be reduced to tears or rage. That works for us, too. Actually, I have to ask you something. You do two things, again, that I admire. First of all, you always seem, despite your many, many years of doing this, always seem - I won't say embarrassed but a little awkward with some of your more pressing questions. You're like, I'm almost sorry that I have to ask this, but did you kill that person?

SAGAL: Which makes us like you as opposed to, you know, the more, you know, get-in-your-face, Morley Safer - did you kill a person? Yeah, that's really...

GROSS: This may be too personal but do you have sex with animals?

SAGAL: Yeah, that sort of thing.

GROSS: That kind of thing.

BILL KURTIS, BYLINE: I've always wondered that about each of your guests.

SAGAL: Do you genuinely sometimes feel that way like, oh, my God, I got to ask them about the animal sex thing? I don't - I hate to do it but I got to do it?

GROSS: Well, I really want to be respectful of my guests, and I don't want to intrude, so when I'm asking an artist about how their personal life connects with their work, I really don't want to transgress into the very personal parts of their private life.

GROSS: So I'll ask in as nice a way as I can and give them permission to not answer. And if they do answer, I know that it's OK.

GROSS: And then I can keep asking.

SAGAL: So that has to be like, do you have sex with animals? If you don't say anything, we'll just assume you do.

SAGAL: Everybody thinks of you - I do - as somebody who has, like, amazingly sophisticated and varied tastes and you're always talking to the most interesting artists and writers. Is there something that you love that would surprise people to know - something maybe you enjoy nonprofessionally?

SAGAL: Nobody here is surprised to know that you like opera.

GROSS: Oh, actually I've said that on the air, lately, haven't I? Yeah. No, but I'm still constantly surprised that I like that.

TOM BODETT: That's what we had in mind.

GROSS: OK, so here's one that might surprise you. I like watching - and my husband likes this even more - watching the Time Life infomercials for country music, rock and roll, soul music.

DICKINSON: With the scrolls.

SAGAL: Is this the one where they say it has all the favorite hits and the scroll goes by?

GROSS: Yes, and I actually know the announcer, right?

SAGAL: That is not, like, embarrassing but I'll give you major prize for weird enthusiasm.

SAGAL: That is not what I expected.

GROSS: It's a wild scene that we have at home. You wouldn't believe what happens when we're not having sex with animals.

GROSS: If you think you're blushing, you should see my cat.

SAGAL: Terry Gross, we have asked you here to play game we're calling...

SAGAL: So you, famously, are Terry Gross. We thought we would ask you about Terry Gene Bollea. He became famous under the name Hulk Hogan.

SAGAL: Yes, we'll ask you three questions about the great pro wrestler, and if you get two right you win our prize - Carl Kasell's voice on the voicemail for one of our listeners. Bill, who is Terry Gross playing for?

SAGAL: All right, now I assume you know who Hulk Hogan is. He's a very famous person.

SAGAL: Hulk Hogan, as we know, had a very long career as a professional wrestler - perhaps the most famous professional wrestler during the '80s and early '90s. But his career in the ring ended soon after, in a surprise upset, he was defeated by whom? A, a wrestler known as The Oxford Comma; B, Jay Leno; or C, the late host of Piano Jazz, Marion McPartland.

GROSS: Wow, is it really one of them?

SAGAL: It really is.

SAGAL: You're right. It was Jay Leno.

SAGAL: Jay Leno was a wrestling fan, and he appeared in a tag-team match with Hulk Hogan at - I believe it was the Sturgis Motorcycle Rally. In - you have two more chances here. In 2008, Mr. Hogan, then retired, took the stand as a witness when his son was on trial. The judge made an exception to a courtroom rule for him. What was it? A, he was sworn in on a phone book, which he then tore in half with his bare hands. B, he was allowed to wear his trademark bandanna, even though that was against the rules apparently because Mr. Hogan didn't want anyone to know he was bald. Or C, Hogan's lawyer, in lieu of shouting objection to anything that was said, was allowed to smash a chair over Mr. Hogan's head.

GROSS: I'm going to go with B, the bandana.

SAGAL: You are correct.

SAGAL: He was allowed to wear his trademark bandana. The judge said it would cause too much of a ruckus if they made Mr. Hogan take it off. All right, last question. Here we go for the game. In 1985, Hulk Hogan went on Richard Belzer's TV show to promote WrestleMania, and then what happened? A, Hulk told Belzer he referred to his right and left arms as law and order inspiring the series that made Belzer famous. B, at Belzer's request, he demonstrated a wrestling move, which resulted in Belzer being knocked out and then getting nine stitches and then suing Hulk Hogan. Or C, he revealed he was originally going to be a sad character named Sulk Cogan?

GROSS: I'm going to go with B again.

SAGAL: He knocked out Richard Belzer, causing some injuries and a lawsuit.

SAGAL: Bill, how did Terry Gross do on our show?

SAGAL: Terry Gross, in fact, is the host of Fresh Air, which you should listen to if you want to know what a good public radio show sounds like. Terry Gross, thank you so much for being on WAIT WAIT ...DON'T TELL ME.

GROSS: I love your show. Thank you for having me on it.