Accessibility links
Iron, Wine And Horses: 2 Friends Make The Ultimate Mixtape Sam Beam, also known as Iron & Wine, and Band of Horses frontman Ben Bridwell have been friends for a while. Now, they've come together to make an album of covers called Sing Into My Mouth. 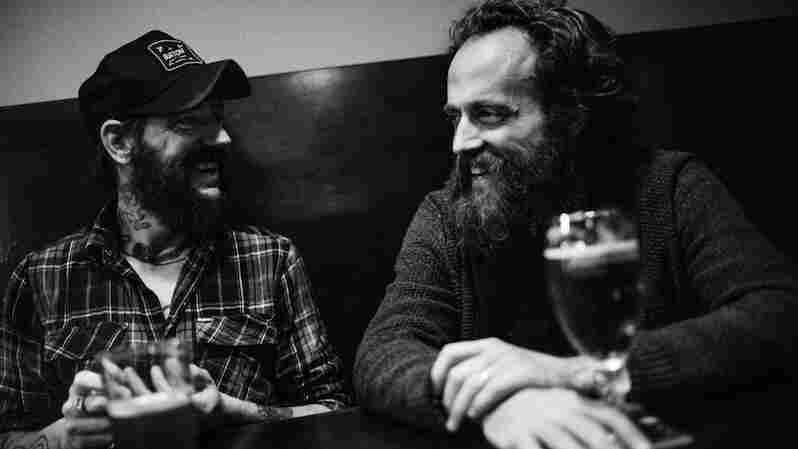 Ben Bridwell of Band of Horses and Sam Beam of Iron & Wine team up on Sing Into My Mouth, a new album of covers. Courtesy of the artist hide caption 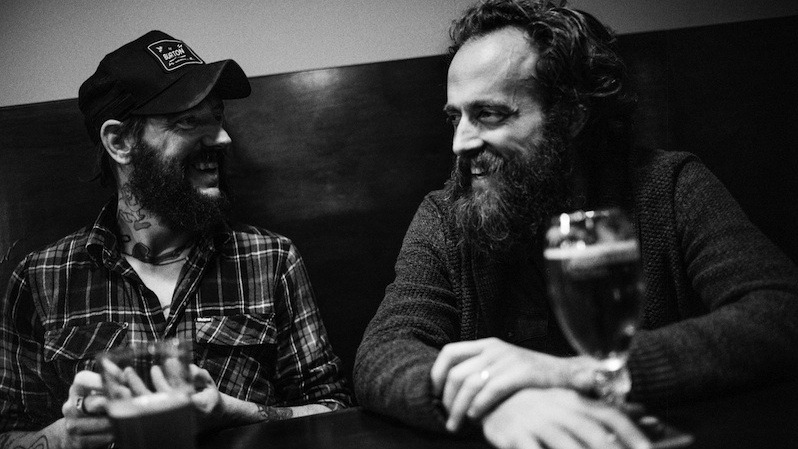 Ben Bridwell of Band of Horses and Sam Beam of Iron & Wine team up on Sing Into My Mouth, a new album of covers.

It sounds like a dream: Two old friends, supporting each other from afar, both carve out stellar reputations in the music industry. Then, when they're established enough to call the shots, they band together. For two musicians, it's what really happened.

One is Sam Beam, the folk artist known as Iron & Wine, and the other is the southern-fried frontman for Band of Horses, Ben Bridwell. Their new album, Sing Into My Mouth, is a collection of covers, including songs by Talking Heads and Sade. Beam says it's the jam session they never got to have back when they were growing up together in Columbia, S.C.

"His older brother's one of my best friends, and Ben would come over, and we'd be listening to records," Beam explains. "We kept in contact over the years, sent each other music — you know, like friends do."

"When we first started corresponding with mixtapes through the mail and stuff like that, we share the same affection for a lot of different kinds of music," Bridwell concurs. "If one of us had a particular passion about a certain song, we'd usually agree."

As Iron & Wine and Band of Horses took off, the two friends graduated from sharing music to sharing stages — and they're about to tour together again, with each musician choosing a few of the other's songs to perform at each show.

Beam and Bridwell spoke with NPR's Arun Rath about the making of Sing Into My Mouth and the development of their musical friendship. Hear more of their conversation at the audio link.