Accessibility links
'Who Does That?!' Broadway Stars React To Badly Behaved Audiences The Internet erupted this week in protest over the outrageous behavior of New York theater audiences and their mobile devices. Tony Award-winner Patti LuPone is taking matters into her own hands. 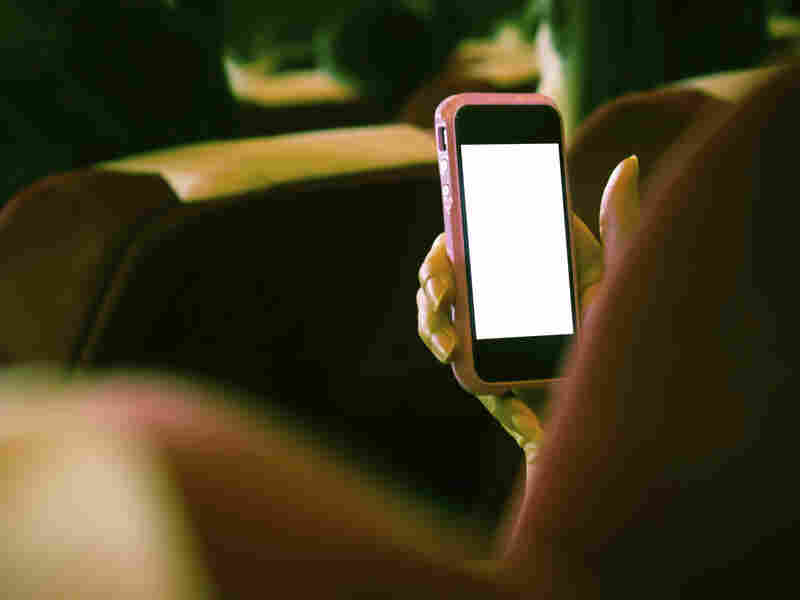 The Internet erupted this week in protest over the outrageous behavior of theater audiences and their mobile devices. iStockphoto.com hide caption 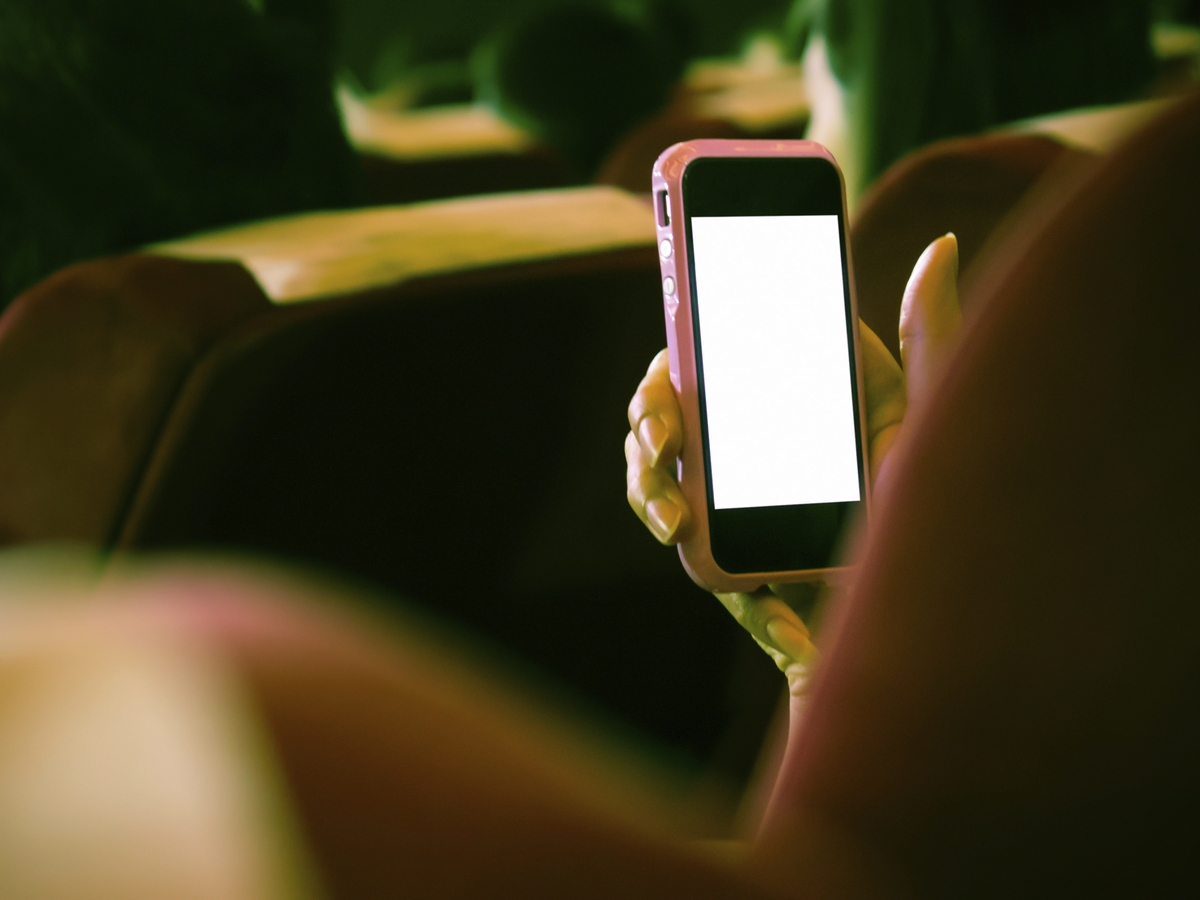 The Internet erupted this week in protest over the outrageous behavior of theater audiences and their mobile devices.

The set for the first scene of the Broadway comedy Hand to God is a fairly realistic depiction of a church basement and, since there's no curtain at the theater, it's in full view of audience members when they enter. A week ago, a 19-year-old college student jumped onstage to plug his cellphone into what turned out to be a prop outlet.

Actress Sarah Stiles was waiting in the wings to make her entrance, just as the lights were dimming. "I see the guy come onstage," she says. "And I'm going to be honest with you, it was a little bit scary, because it's such a boundary and, like, he crossed it! And the guy actually went to the socket and plugged his phone in."

A guy jumped on the stage and plugged his phone into the fake outlet on our set just before we started. @HandtoGodBway #fullmoon or #idiot ?

Ushers hustled the man off the stage, led him to his seat and gave him his phone back.

"It was crazy!" says Stiles. "And then we started the show, but it was a little bit weird. It took a little while to get the show back, because it was little jarring. It's ... ridiculous! Who does that?!"

Stiles tweeted the incident and a couple of days later, an 11 second video clip of it — made on a smartphone — was posted to YouTube and the story went viral. The Internet erupted this week in protest over the outrageous behavior of New York theater audiences and their mobile devices.

On Friday The Cellphone Offender Issued An Apology

" ... I don't go to plays very much, and I didn't realize that the stage is considered off limits. I've learned a lot about the theater in the past few days — theater people are really passionate and have been very willing to educate me. I can assure you that I won't be setting foot on a stage ever again, unless I decide to become an actor. ..."

Click here to read Nick Silvestri's apology in its entirety.

New Yorker David Pollack, who was perusing his smartphone while waiting in line Thursday at the half price ticket booth in Times Square, says audience behavior in shows has gotten really annoying.

"Routinely I see people getting texts and phones that ring and aren't answered and people who text and the screen lights up during the play, and it's quite distracting," he says.

And it isn't just screens lighting up. In 2009, Patti LuPone famously stopped a performance of Gypsy when a phone flash went off.

This past Wednesday evening, when she went onstage in the play Shows for Days at Lincoln Center, an audience member caught her eye.

LuPone says she and the rest of the cast became even more upset when the woman continued to text in the second act. So, at the end of a scene where she normally reaches over and shakes someone's hand in the first row as she exits, LuPone improvised: "I went to her, touched her on the shoulder, smiled at her, she smiled back and the other hand just involuntarily reached over and grabbed her phone and I walked offstage. And when I came off, I went, 'I've got the phone!' I mean, it was such a sleight-of-hand!"

The Good Listener: Are Bands Right To Scold Fans With Cellphones?

(Don't) Pardon Me: One Man's Fight Against Distracted Walking

Naturally, the story almost immediately went viral on social media. (At the following show LuPone — instead of an usher — came out to ask the audience to turn off their phones: "I hope you enjoy the show," she said. "We love doing it; we love having you as an audience. And we do it for you. And it's always just two or three people who wreck it for all of us.")

Now, keep in mind that it's actually illegal in New York City to use mobile devices in a theater. The City Council passed a law 12 years ago, but it's never been enforced. So, Hand to God producer Kevin McCollum tried a little gimmick to encourage audiences to self-enforce. He's been running a series of online ads that poke fun at the most recent incidents. One has the picture of an iPhone battery icon in the red with the tag line: "Hand to God Broadway: need a charge?" Another has the show's evil puppet, Tyrone, posed like Evita, with the caption "Don't Cry for Patti LuPone."

"The real upside here is we have an opportunity to remind people, you know, on a very serious level, through comedy: Behave yourself at the theater and you'll have a better time for everyone," McCollum says.

Where's the respect? What are you doing there? Why are people coming to the theater if they don't want the theatrical experience?

For her part, LuPone says she's starting to feel defeated by the constant distractions from theater audiences. She says while most people behave well, a few can ruin it for the rest.

"Where's the respect?" she asks. "What are you doing there? Why are people coming to the theater if they don't want the theatrical experience?"

Especially considering they may have paid over $100 a ticket to have that experience. To all audience members, actress Sarah Stiles offers this advice: "Turn your phone off. Be there. Be in the moment."