Accessibility links
Confederate Flag Comes Down: A Tonic For The American Soul When NPR's Wade Goodwyn was a boy, his father was involved in the civil rights movement in Texas. There, he got an early lesson in the ugly reality of racism from his next door neighbor. 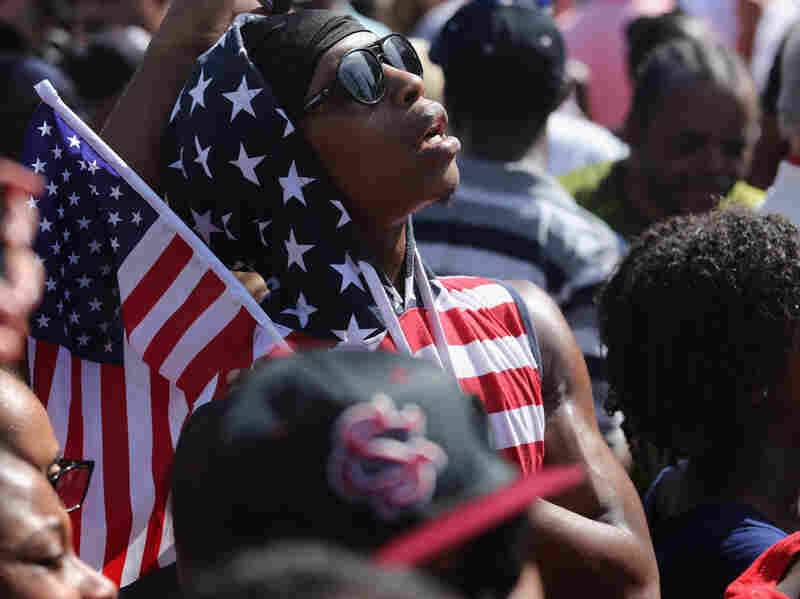 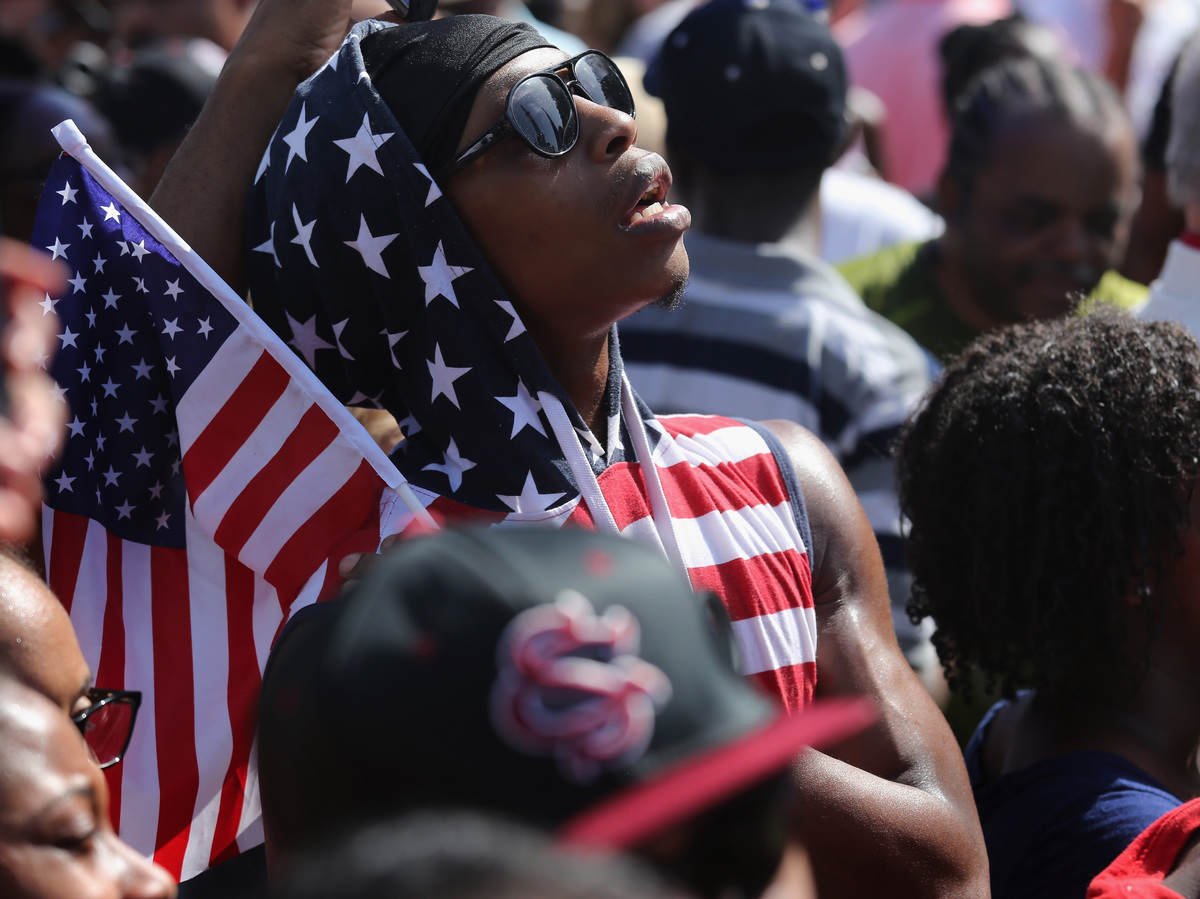 A crowd watches after a South Carolina honor guard lowers the Confederate flag from the Statehouse grounds on July 10, 2015 in Columbia, S.C.

The South Carolina legislature voted this week to remove the Confederate battle flag from state capital grounds. The murders of nine African-Americans at Emanuel AME Church in Charleston made the presence of that particular flag morally untenable.

In the South and across the country, the struggle for racial equality has often been an excruciating journey. When I was a boy growing up in Austin, Texas, in the 1960s, my best friend Jimmy lived across the street. One summer day we were tossing a baseball back and forth in his front yard when a car pulled up to my house.

Four young black men, college students from up north, got out and went inside my house. My father was involved in the Civil Rights movement — specifically, signing African-Americans in Texas up to vote. The young men were spending their summer aiding this perilous endeavor in grassroots political empowerment.

My best friend's father was also watching from the front yard. Born and raised in Mississippi, he sold used cars on credit to mostly poor blacks and whites from the east side of Austin. As the young men filed into my house, Big Jim walked over to me and put his hand on my shoulder. He leaned down and hissed into my ear, "You better watch your mama, son. Cause one of these black boys is gonna get her. Ya hear?"

Although the words indicated concern about my mother's welfare, the soft, menacing Southern whisper in my ear made it clear, even to my 6-year-old self, that the real threat was next to me, his strong hand squeezing my shoulder not-so gently. If my parents weren't going to instruct me on how things stood in 1966, Big Jim was happy to oblige.

I never told my mother or father what happened in the next-door neighbor's yard that day, but I never forgot it either. My friend's father taught me a lesson. If we were going to cast our lot with black people, being white was not going make any meaningful difference to him.

The lessons of white supremacy were much on my mind when I was assigned to go to Charleston, S.C., after a young white man walked into Emanuel AME Church and decided he'd do his own teaching.

White supremacy is a nasty infection that has long pervaded the national body. Yesterday, the Confederate battle flag was removed from the state capital grounds in South Carolina. Though we might not be well yet, that's a good tonic for the American soul.