Accessibility links
French, English, Comics: Proust On Memory, In Any Language Proust's famous novel Swann's Way is out in the form of — wait for it — a graphic novel. Glen Weldon explains how much of it is substance and how much is gimmick. 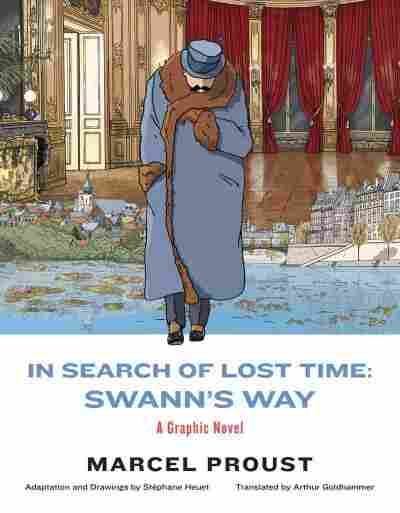 In Search of Lost Time

by Marcel Proust and Stéphane Heuet

So there's this new English translation of a French graphic novel adaptation of Swann's Way, the first of seven novels in Marcel Proust's masterwork, In Search of Lost Time.

Got all that? First there was the 1913 novel by Proust (in French!), then a graphic novel adaptation by Stephane Heuet (in French!) that was published in installments between in 1998 and 2013, and now that whole thing has been translated by Arthur Goldhammer (into English!).

It's complicated. But then, this is Proust we're talking about. "Complicated" is where the guy hangs his beret and stores his mustache wax, so it makes a certain amount of sense.

Full disclosure: back before I was an insufferably pretentious middle-aged man I was an insufferably pretentious college student who faked my way through that first novel. This was long ago, when ichthyosaurs swam the turbid seas, and we English-speakers were still calling the series Remembrance of Things Past. (In 1992 the Modern Library edition first went with the more literal In Search of Lost Time; I still find myself using that title — the one I grew up with — which makes me a Bombay guy in a Mumbai world.)

But back then I had several years of high-school French under my belt, and a dream. I'll read the guy in French, I thought. How hard can it be?

The answer, it may not surprise some of you to learn, is "excruciatingly." For me, anyway.

Proust's sentences are long, discursive, gossipy things that seem to delight in doubling back on themselves, getting their second wind, and powering blithely on. It's beautiful, melodic stuff, but it overmatched me.

Swann's Way, in fact the whole series, is at once intricate and sprawling. It turned out I was passable on the intricacies of Parisian salon society, but whenever the narrator would zoom out to meditate on abstractions like the nature of Memory, or Time, or Love, or Class — which was, let's just say, a tremendous lot — I'd find myself reaching for my French/English dictionary. (It irked me that none of these people ever seemed to ask each other what time the discotheque opened, or where the public swimming pool was, because I would have been ALL OVER that noise.)

I got about halfway in, and sheepishly switched to the English translation. Which was excellent, but different.

And that's something to keep in mind, as you consider this comics adaptation. The fact is, if you read Proust in English — even an excellent translation – you're starting off at a certain distance from the original text.

This is true of any translated work, of course: You get the meaning, but you miss much of the music.

I'd argue that comics, if done well, can close some of that distance. They can make the meaning even more immediate, because you SEE the characters, and the places, and the bones of the story making themselves plain. But comics can capture some of that lost music as well.

Take, for example, the most well-known scene (arguably the only well-known scene) in all of In Search of Lost Time, which takes place in the first section of the first book, Swann's Way. The narrator tells us he has no clear memories of the small provincial town in which he spent his early childhood. But one day, as an adult, he dips a madeleine cookie into his tea, tastes it, and his mind floods with clear memories of that place, and its people, and his feelings for them all.

In the novel, Proust accomplishes this moment of ecstatic transport with soaring, elevated prose: his long, loopy sentences grow still longer and loopier, and we feel his narrator's yearning, his soft ache, for, well ... things past. For lost time.

Either. Both. Bombay. Mumbai. Take your pick.

In the graphic novel, adapter Stephane Heuet first shows us this scene in a straightforward way: Cookie. Tea. Dunk.

But at that moment of revelation, Heuet inundates one huge comics panel with disparate snapshots from the narrator's past: the small town, the fields around it, the river, the shops, the people; these images bleed together and superimpose themselves over one another, as in a dream. It's disorienting, but familiar. 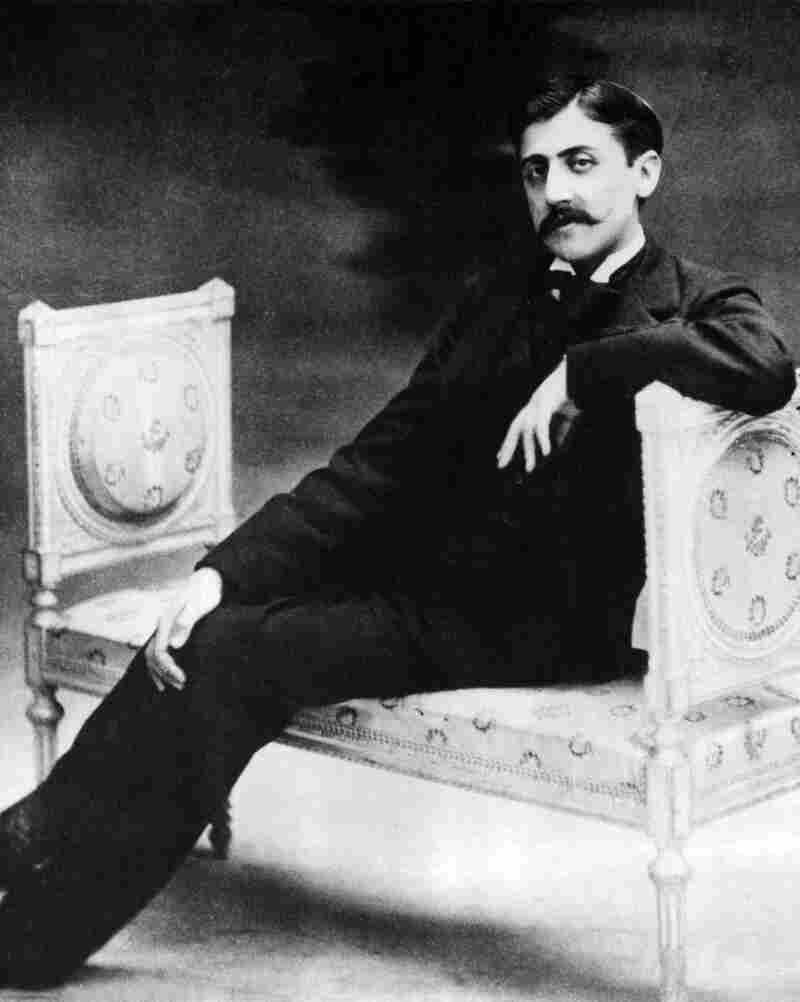 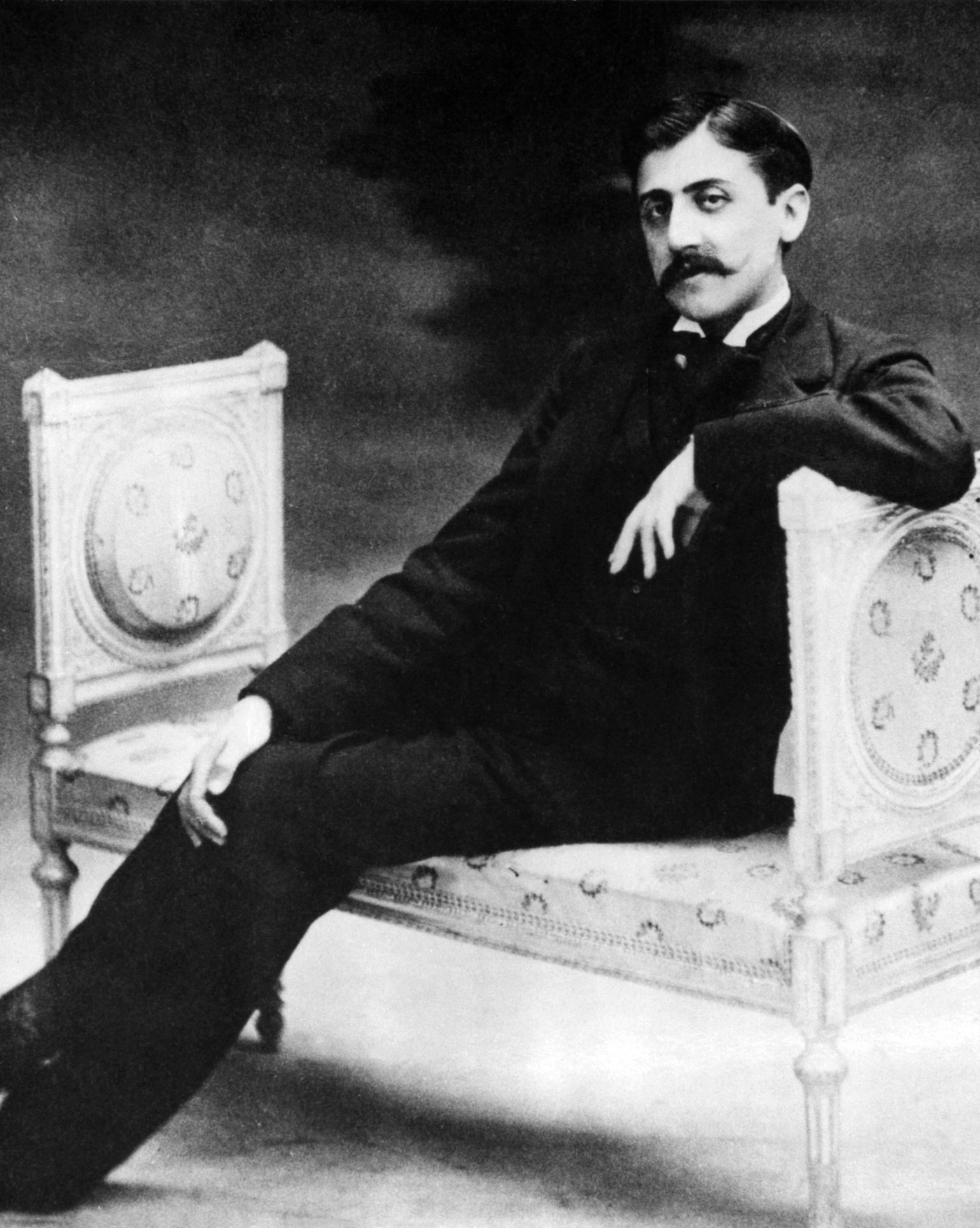 I appreciated that moment, because that's when I first knew that Heuet wanted to do more than churn out the Classics Illustrated version of Swann's Way. This book isn't that, nor is it — parents and Comp Lit profs, put down your torches — a sort of Cliff's Notes, with pretty pictures.

No, this is comics. Because in that moment, and several others, both the words and the art are each doing their own related — but wholly different — independent storytelling work. The art does not exist simply to illustrate what the text is already telling you, nor does the text simply describe the images you're seeing.

In Heuet's hands, text and image divide the weight of Proust's tale between them in roughly equal measure. Sometimes they resonate with one another in interesting ways, as when the character of Swann — whose story takes up the bulk of the book — attends a series of dinner parties at which he meets and comes to detest a fellow partygoer, a doctor given to feeble puns and cheap jokes.

Unlike the other characters in the book, whom Heuet captures with some measure of realism, this doctor is depicted with features that are literally cartoonish, looking like a figure out of Asterix the Gaul. This is the adapter trusting the art to afford us a characterizing sense of how the world looks through Swann's eyes.

Frankly, I wanted Heuet to take more liberties like that — perhaps even to allow his art to occasionally undercut or outright contradict what Proust's text is telling us, setting up a kind of narrative tension that only the comics medium can achieve. But Heuet is French, and In Search of Lost Time is a sacred text of his culture, and his faithfulness yields other, more practical pleasures.

One of the things I loved about reading Swann's Way as a snot-nosed punk kid, for example, was the very thing I found most challenging, which was keeping all the characters straight. Proust structures the novel so we meet the same people at different times of their lives, when they may have adopted different titles and last names, and he shows them to us through the eyes of different characters. One of the chief pleasures of reading the novel is making those connections, and learning as we go how tightly interwoven the narrator's world truly is.

It's a pleasure we simply don't get from the graphic novel, because Heuet is so effective a designer: he assigns each character a distinctive look — a color they wear, a hairstyle they sport — so that whenever we meet them in time, we easily connect them to their other "selves" we've met before. It's a trade-off: narrative clarity for narrative discovery.

To be clear, however: this is a dense read. Yes, it's a comic, but given that so much of it has to do with petty judgments and perceived slights among various levels of Parisian society, pages and pages are devoted to static conversations in well-appointed drawing rooms. But those drawing rooms are richly realized, which is another way the graphic novel brings an immediacy to the infrastructure of Proust's story, which he set in real neighborhoods boasting recognizable landmarks, all reproduced here in exacting detail.

Is it any real substitute for reading Proust's prose, in French or in English? Of course not, and I don't see anyone seriously suggesting it is.

But it makes for an intriguing introduction to the novels, if you've never made the leap — a kind of literary gateway drug — and a tantalizing refresher course, if you have.