Accessibility links
The Furries Have Landed — And Pittsburgh Is Giving Them A Bear Hug More than a thousand "furries" — fans in full-body animal suits or just fuzzy ears — paraded in the city for the annual Anthrocon. Locals embrace them, not least for the economic benefits they bring. 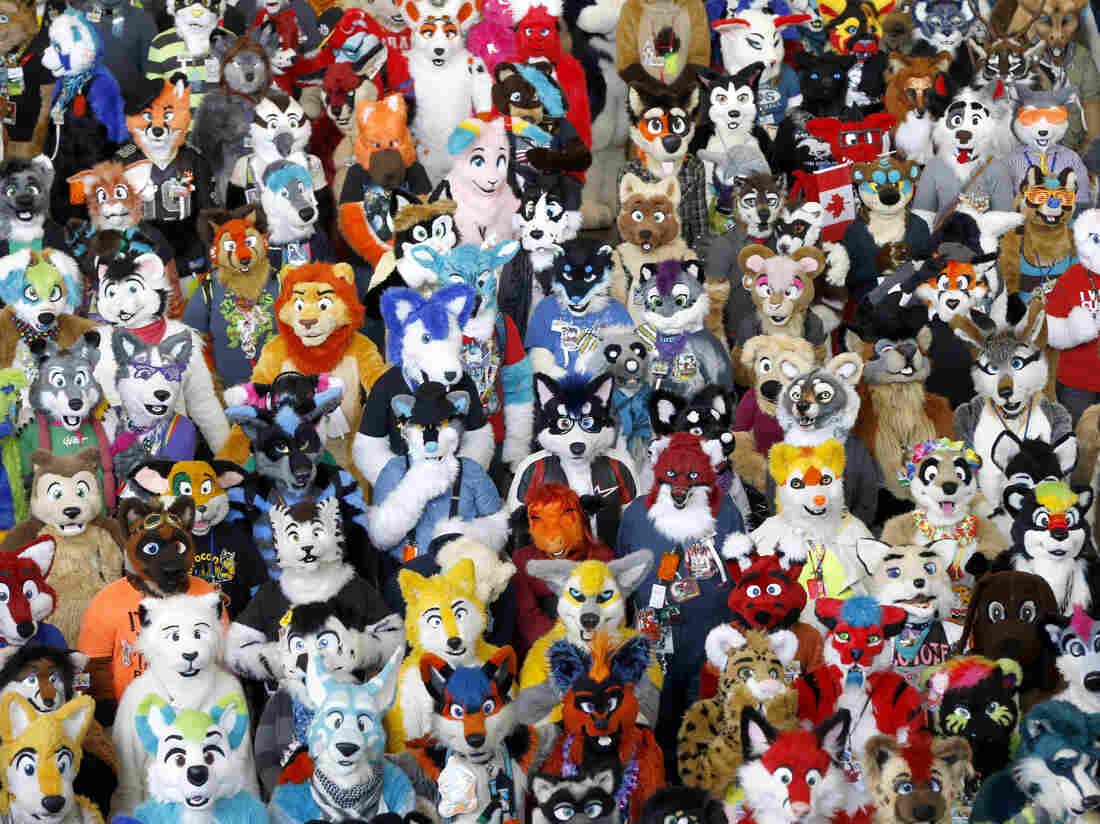 Anthrocon participants, as they gathered in Pittsburgh in 2013. Keith Srakocic/AP hide caption 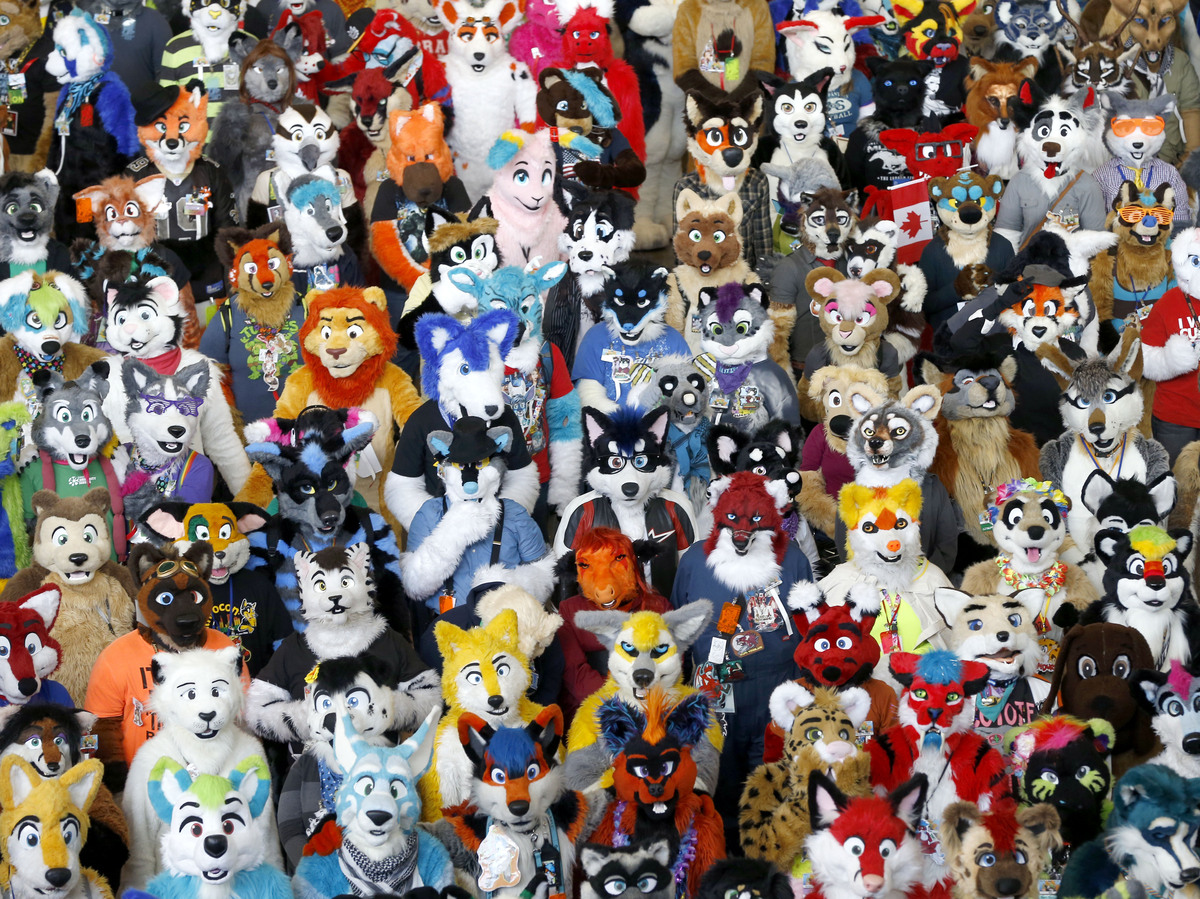 Anthrocon participants, as they gathered in Pittsburgh in 2013.

It was a warm, humid day in downtown Pittsburgh — and it was even hotter for the more than 1,400 people who were wearing animal costumes. Adults and kids trekked the city's streets wearing ears and tails, paws and full-body animal suits, much like the ones you'd see at Disneyland.

Long the butt of jokes, the worldwide population of anthropomorphic animal enthusiasts known as "furries" continues to grow. And every summer, they gather in Pittsburgh for the world's largest furry convention, dubbed Anthrocon.

Before this weekend, Anthrocon's annual "Fursuit" parade was always held indoors, open only to convention attendees. This year, though, they took it outdoors and into the public. Fans of all ages showed up.

But what exactly is a furry?

"A furry is either a cartoon animal or a fan of cartoon animals," says Samuel Conway, Anthrocon's chairman. "We use the terms interchangeably."

OK. But is being a furry a hobby? A lifestyle?

"We create our own fandom," says Conway. "Every person here is an individual dreamer, has made their own world."

Take Vitai, a white tiger from Jacksonville, Fla. Underneath the elaborate tiger suit is David Kanaszka. He's a regular at this conference and participates in online forums. He is a furry, he says, in part because of the open-minded and accepting nature of the community.

"You can be yourself," he says. "You don't have to worry about what they're going to think of you because you're dressed up like a giant animal."

Furry conventions are held in the U.S. and around the world. Anthrocon started in Albany, N.Y., in 1997 and has been held in Pittsburgh every year since 2006. It is scheduled to continue there through at least 2021. Attendees come from more than 34 countries.

"They've embraced us, and we've embraced them right back," says Tom Loftus, with Visit Pittsburgh, the city's convention and visitors' bureau. He says the furries have had a positive impact on the city.

"From an economic standpoint this year alone, it's going to be $5.7 million in direct spending," he says.

And Anthrocon donates every year to a local animal-related charity or organization.

Still, the furries do have to battle some big misconceptions. The biggest one is that it's a sexual fetish.

But, he concedes, there is one drawback.

"Do they shed all over the hotel rooms? Yes. I'm sorry, they do."

That's not stopping Pittsburghers from talking to furries, petting them, hugging them and taking selfies with them.