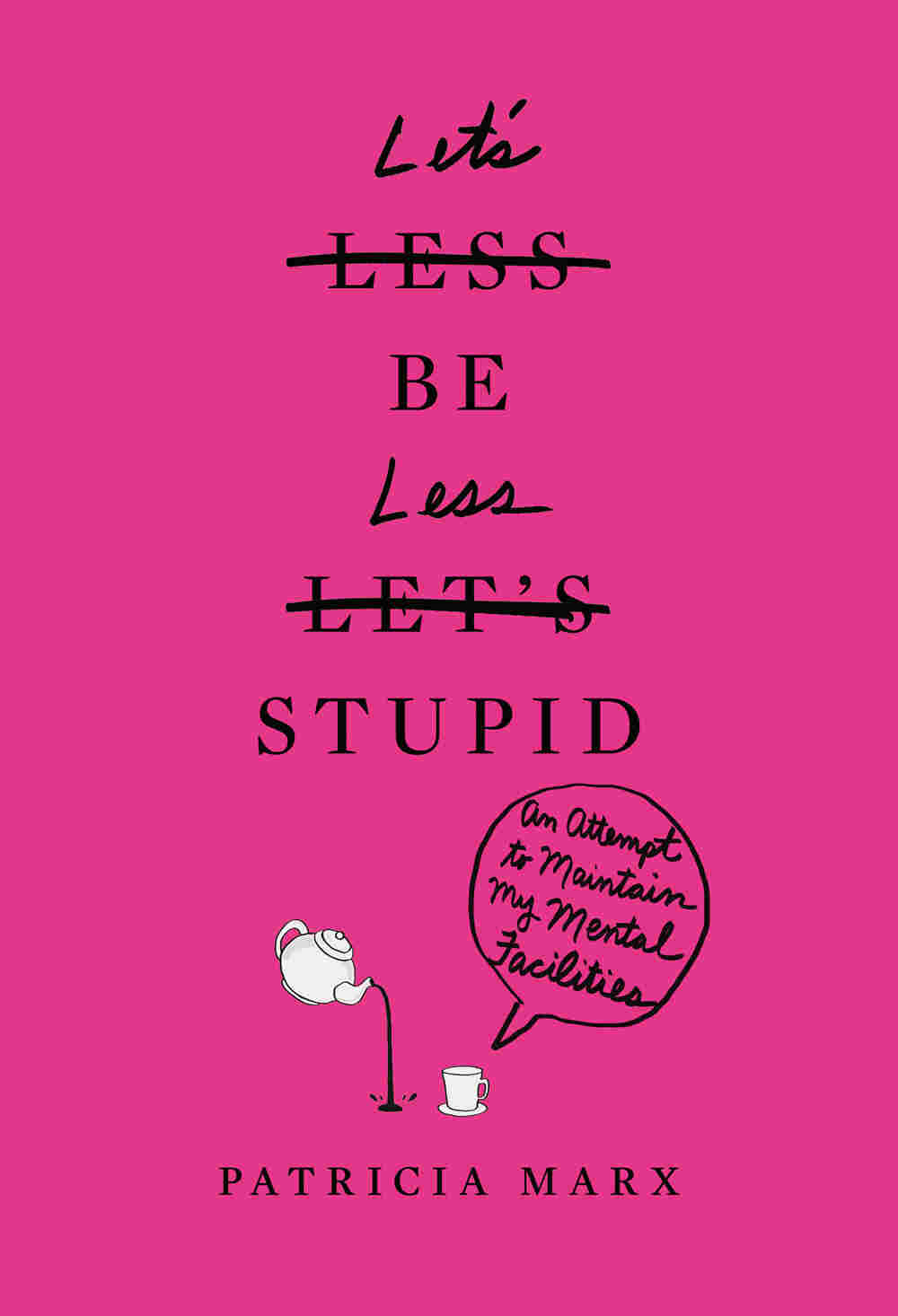 An Attempt to Maintain My Mental Faculties

Question: What do holiday shopping and staving off cognitive loss have in common?

Answer: Both are ordinarily earnest endeavors in which Patricia Marx has found unlikely sources of hilarity.

Let's Be Less Stupid: An Attempt to Maintain My Mental Faculties, like Marx's On and Off the Avenue shopping columns for The New Yorker, is fueled by her acerbic wit. It is a very funny chronicle of her four-month effort to "turbocharge" her brain and "jump off the cognitive escalator heading downward to you-know-where." To help assess the results, she submits to before and after MRIs and IQ tests — plus "second opinions" from friends, who are no slouches in the wit department themselves.

"With more baby boomers reported to be afraid of losing their minds than of dying, the worried well — and also a few who aren't doing so hot — spend more than a billion dollars a year on brain fitness," she writes. Yet after logging hours on an online training program meant to heighten mental agility, she can only comment wryly, "What is beyond arguing about is that these games make you better at these games."

A former Saturday Night Live writer and the author of two comic novels, Him Her Him Again the End of Him (2007) and Starting From Happy (2011), Marx's humor is equal parts sarcasm, silliness and smarts. Among the self-improving activities she suggests in lieu of cognitive games are "curing a disease or untangling your earphone cords."

Let's Be Less Stupid is punctuated by Marx's quirky line drawings and maps of her brain that evoke Roz Chast's cartoons. One diagram is filled with a mess of trivial thoughts. Another gives pride of place to the "Nutrasweet Memorial of Dead Brain Cells." Photos of a blob of chewing gum and a sliced tomato are juxtaposed to brilliant effect with MRI images. Regarding her brain, she comments, "If you saw it at the butcher's, you'd ask for something a little less beige."

Throughout, "Middle-Age Mad Libs" mock brainteasers and ludicrous quizzes are filled with sharp sendups of our cultural obsessions. Marx asks readers to distinguish made-up "facts" ("There is a tiny region in the brain dedicated to passwords") from preposterous actual facts ("Women who have large breasts compared to their waists score higher on cognitive tests than do less curvaceous types"). Elaborate instructions for calculating your score involve ZIP codes and nieces' birthdays.

Marx loves rankings, the better to skewer our absurd values and anxieties. In the section "Will Reading This Book Kill You?" she discusses the long odds of a fatally infected paper cut. Then she asks readers to rank the probability of other unlikely causes of death, including a shark attack or a left-handed person using a right-handed product. Another quiz requires grading the costs of a gallon of various liquids from most expensive to least, including Diet Coke, cough syrup, printer ink, nail polish, and scorpion venom.

Self-deprecating riffs on memory lapses — such as looking for glasses while wearing them, and asking questions like, "Who's the guy who isn't Robert De Niro?" — are reminiscent of Nora Ephron's I Remember Nothing. In general Marx's humor is more zany than personal, though she notes putting laundry in the machine but forgetting to press start, and remembering the name of actor Michael Keaton but forgetting why she wanted to recall it. These are slips with which some readers — ahem — can all too readily identify. Marx suggests that information overload may be to blame for forgetfulness. One solution: Paring the mental clutter by eliminating things you no longer need to know. My favorite? How to fold a map.

Readers may tire of Marx's magical mental tour before she does. Several stops along the way, such as stabs at meditation and learning Cherokee, are less amusing than you might wish. "Overall, I spent so much time trying to improve my brain that I had no time left to use it," Marx quips about her efforts.

Was it worth it? Read her book to find out. But what you'll conclude — long before you reach her conclusions — is that anyone clever enough to write Let's Be Less Stupid is clearly still firing on all cylinders.