Accessibility links
'ZeroZeroZero' Argues Cocaine Is Everywhere ... But Is It Really? Roberto Saviano reports on the worldwide cocaine trade, from small-scale users to organized crime. Critic Tomas Hachard says that while the book is illuminating, it doesn't quite hit its mark.

'ZeroZeroZero' Argues Cocaine Is Everywhere ... But Is It Really?

'ZeroZeroZero' Argues Cocaine Is Everywhere ... But Is It Really? 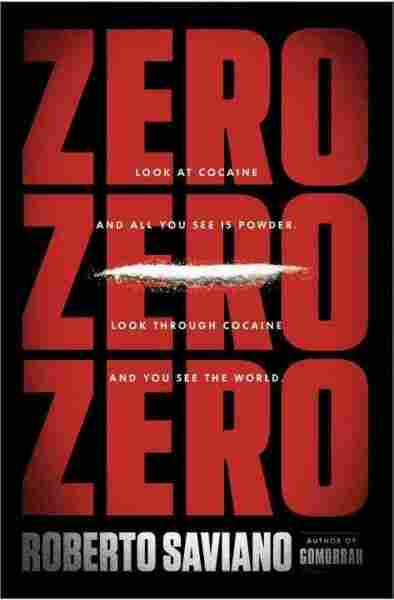 by Roberto Saviano and Virginia Jewiss

Our understanding of politics and history often bends toward simplicity — toward using particular figures, events or, in the case of books like Mark Kurlansky's Salt: A World History, elements that help us grasp a movement, time period or even the grand development of human civilization.

Roberto Saviano's ZeroZeroZero follows Salt's lead but switches up the white substance: The thesis of Saviano's sprawling, ultimately unwieldy book is that by understanding the global cocaine trade we can gain unparalleled knowledge of the world we live in.

Saviano opens his book with the basic tenets of his argument: that large portions of the world's population consume cocaine, enough to put most of us within a couple degrees of separation, at most, from someone who gets high from time to time; and that, in part because of this demand, the cocaine trade is not confined to a few countries but is a business that connects Mexican cartels to the Italian mafia to African dictators and beyond.

Saviano travels across the world to find tentacles of the trade, delivering detailed histories of various kingpins — the recently captured (and escaped) Joaquin "El Chapo" Guzman in Mexico, the Russian mob boss Semion Mogilevich — who have ruled over drug empires and made millions from them. He has no problem evoking the breadth and scale of cocaine trafficking across the world. The book is filled with stories of how millions of dollars' worth of the drug is transported in one shipping or how tons of it can be confiscated in one police bust; and with time, that amount of money and product appears negligible compared to the amount of cocaine actually being purchased and consumed worldwide.

What ZeroZeroZero lacks, though, is the ability to pull all these details and stories together into a single narrative. The book accrues profiles of dealers, brokers and bosses, as well as lists of the most innovative ways of hiding cocaine during transportation and long descriptions of meetings and police investigations. The best sections stem from Saviano's reporting — his interviews with people directly connected to the drug trade and his occasional eye for the illuminating detail, such as the story of narcos who put out a $10,000 bounty on a particularly effective drug-sniffing dog. But Saviano rarely steps back to offer the bigger picture that its premise — that "the axis upon which everything turns is cocaine" — promises.

In the book's final chapters, it becomes obvious that Saviano doesn't lack the ability to describe the larger context. Rather, he has lost the ability to see it. "Stories stories stories. I can't get away from them," Saviano writes, only to later admit that he can't get beyond them to the larger message. "I wanted to understand, to write, to tell. Tell everyone ... That's what I wanted. But the wound of these stories swallowed me up."

Saviano hints at personal reasons for this. He has been under police protection since shortly after the publication of his previous book, Gomorrah, about the Neapolitan mafia. By the end of ZeroZeroZero, Saviano seems not like a person who has achieved clarity through prolonged reporting on crime and drugs, but like one who has become mired in the endless misery and information that there is to uncover.

That immersion may also contribute to Saviano overstating his thesis at various points, for instance when he declares that the story of Kiki Camarena, a DEA officer who infiltrated a Mexican cartel and was brutally murdered as a result, is "essential to understanding where our modern world begins, its birth pains, its principal path." A similarly overwrought and, with time, unbearable style of writing — a style never satisfied with stating a bad metaphor once ("Africa is white. The dark continent is buried under a blanket of white snow") — pervades ZeroZeroZero, which was translated from Italian by Virginia Jewiss. But Saviano never builds an argument to justify that sense of importance.

That said, it's not difficult to see how Saviano, after researching the book, would be unable to "look at a world map anymore without seeing transportation routes, distribution strategies" or at "the beauty of a city piazza anymore without asking myself if it would be a good base for pushers."

Reading ZeroZeroZero will undoubtedly convince you that the cocaine trade is expansive, enough that you could start seeing the drug wherever you look. But, as Saviano suggests, many of the social and political effects of trafficking could be extinguished through legalization. Because of that admission and others, the book never shakes the notion that cocaine might be superficial to our world, rather than essential to understanding its inner workings.