Accessibility links
Review: Ashley Monroe, 'The Blade' A solo singer, go-to collaborator and member of the Pistol Annies, Monroe is a star who's both arrived and rising: accepted by insiders without losing her veneer of outsider cool. 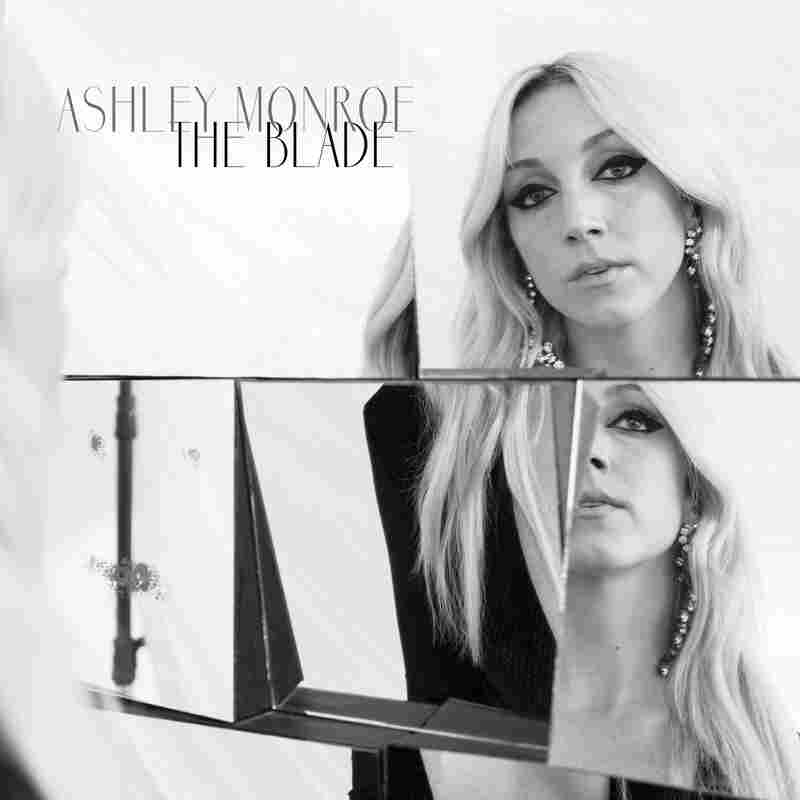 Not many country singers under 30 could score a chart-topping hit with mainstream mainstay Blake Shelton ("Lonely Tonight"), frequent collaborations with elder statesman Vince Gill and a spot in Jack White's Third Man House Band — which is saying nothing of Ashley Monroe's recurring role in the all-star trio Pistol Annies, in which she performs alongside Angaleena Presley and Miranda Lambert. Monroe is a star who's both arrived and rising: accepted by insiders without losing her veneer of outsider cool.

The Knoxville native ought to make further inroads into both camps with The Blade, a canny and consistent star turn that's equally at home in mournfully evocative ballads like the title track and in irresistible rippers like "Winning Streak." The latter could have rocked roadhouses in the '50s, the '70s, the '90s or beyond, and it's a perfect encapsulation of Monroe's place on a continuum of smart, playful women in country stretching back well beyond Dolly Parton.

Monroe convincingly embodies many familiar perspectives on The Blade, while still offering fresh lyrical spins: She's the optimist who's through with obstacles (the peppy album-opener "On To Something Good"), the cynic who itches to leave home behind ("Dixie"), the wanderer who can't help but leave emotional carnage in her wake ("I'm Good At Leavin'"), the hard-bitten sinner with nowhere left to turn ("If The Devil Don't Want Me").

All the album's missing is a splashy, conversation-starting novelty single like "Weed Instead Of Roses," which provided a huge jolt on Monroe's terrific 2013 solo breakthrough, Like A Rose. But The Blade aims to do more than start conversations; it's here to win hearts en route to cementing Monroe's status as a superstar. It's sure to do the former, so don't be surprised if the latter falls into place behind it.