Accessibility links
Review: Jessie Jones, 'Jessie Jones' On her debut album, the SoCal singer-songwriter takes an ambling path through many eras of psychedelic music, from acid blues to mystical odysseys and the late-'60s moment when psych met bubblegum. 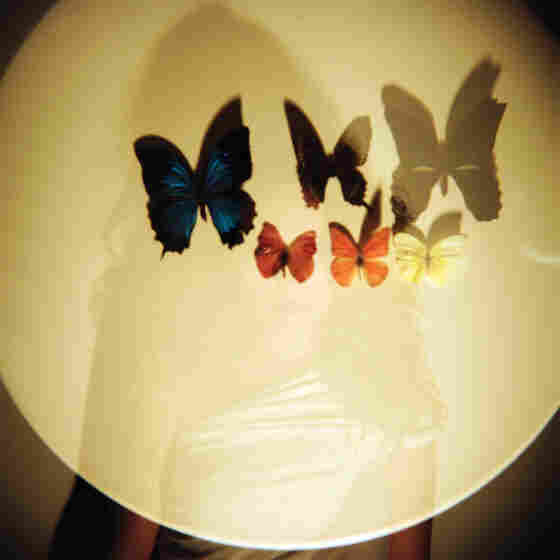 Psychedelic music is in the midst of a minor revolution, or at least one of neo-psychedelia's most pronounced revivals since the Paisley Underground in the early '80s or New Weird America throughout the second half of the '00s. While those two scenes looked to psych's closest neighbors — underground rock and folk, respectively — for help, psych circa 2015 journeys further to borrow a cup of pop sugar, as led by Tame Impala and others who obscure the line between Boomer rock and electronic music.

Jessie Jones, the former singer of Orange County garage-psych outfit Feeding People, doesn't quite fit into that latter category. Instead, she takes an ambling path through all eras of psych's past, from The Doors' acid-blues ("Lady La De Da") to the genre's fascination with mystical odysseys ("Nightingale," which features King Tuff's Kyle Thomas) and world music (the southeastern European seduction of "La Loba"). But like many of her more established peers, Jones excels when she mines that moment in the mid-'60s when the world's biggest bands found drugs and bubblegum followed suit by getting trippy.

Jones' self-titled album — her first since Feeding People's 2013 dissolution — suffers no shortage of these infectious psych-pop moments that, no matter how sticky an organ part or bass line gets, remain lithe through Jones' melt-in-your-mouth voice. For proof, look no further than the album's opening track and first single, "Sugar Coated." Led off by folk fingerpicking, the song soon reveals itself to be feast of '50s piano pop, Wall of Sound vocals, even a touch of jazz percussion. These elements should not all work together in such a tidy package — a feeling replicated all over Jessie Jones — but she brings them together for one of the best (and sweetest-sounding) musical kiss-offs you'll hear this year.

Jones' retro-pop streak continues throughout the LP, as her voice effortlessly soars to heights of "atomic bliss," to steal a phrase from the tempo-shifting synth highlight "Make It Spin." "Twelve Hour Man" blends junk-store percussion and a swaggering slab of organ with an articulate burst of trumpet, for a cheeky love song no less. Though the Syd Barrett sounds of "Quicksilver Screen" are matched by equally far-out lyrics, the song hints at Jones' own cosmic journey back to music following Feeding People's break-up when, as she alludes in the song, the former Evangelical Christian gave up her possessions and went looking for herself in California farm country. "I hope you find him," Jones repeats angelically, like some kind of mantra, as the song plays out. However, it sounds an awful lot like, "I hope you find it" — which is exactly what Jones does here on her impressive debut.