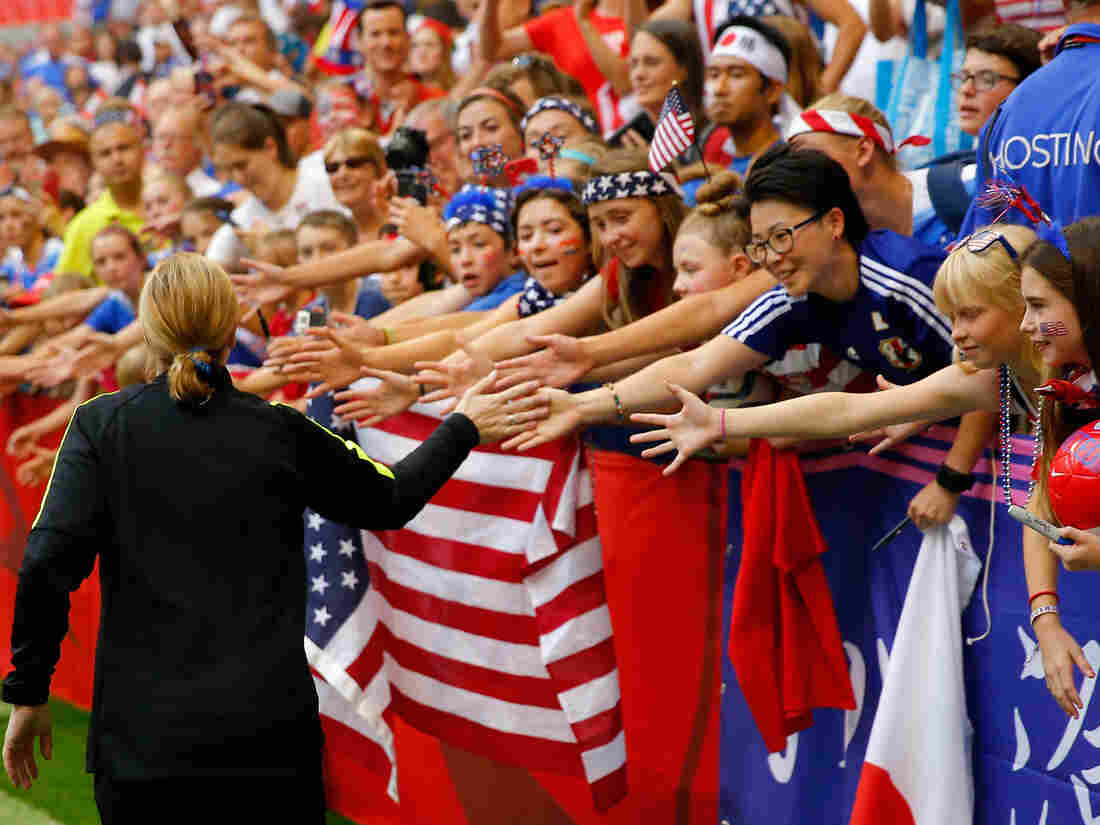 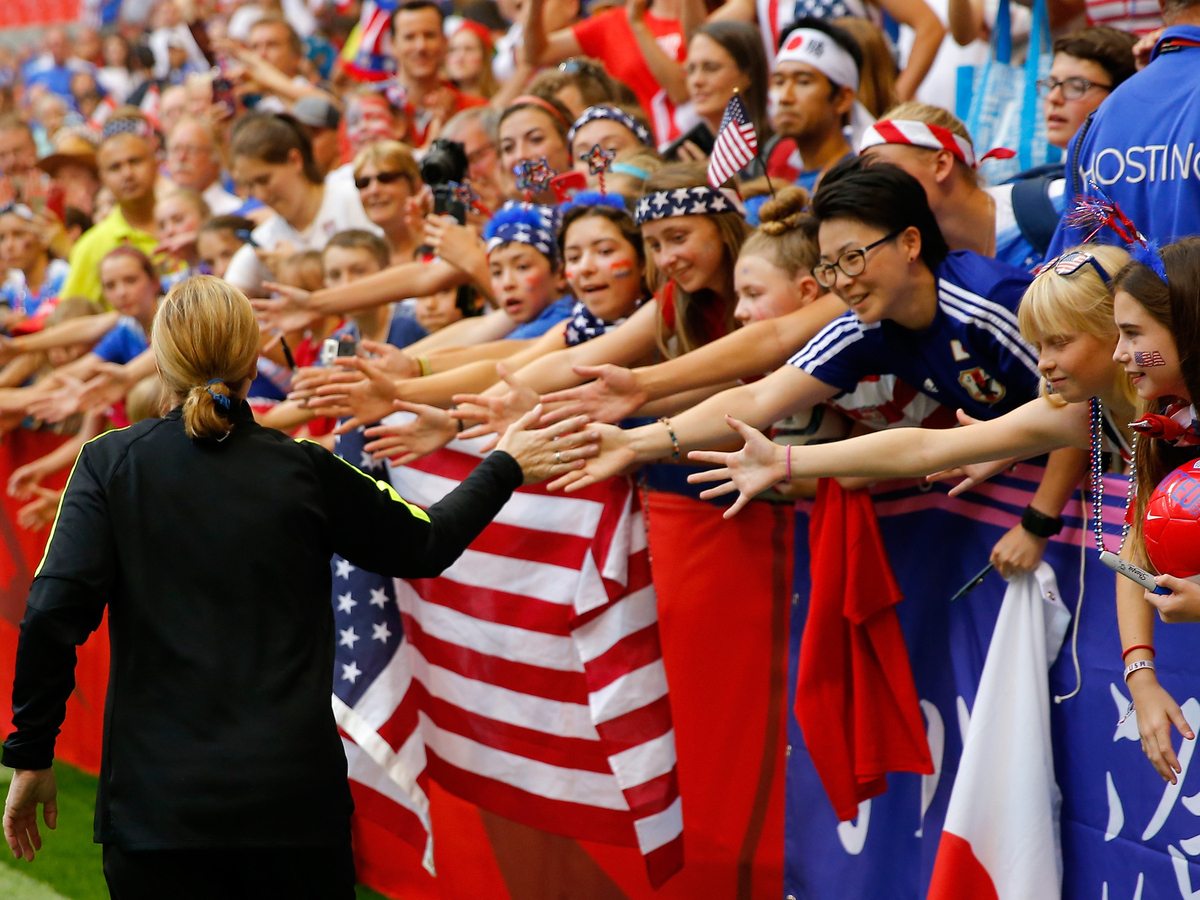 Head coach Jill Ellis of the United States celebrates with fans after the USA's 5-2 victory against Japan in the FIFA Women's World Cup Canada 2015 Final in July.

Soccer owns sports nationalism. There are world championships and continental championships in all kinds of sports, but when it comes to countries playing against each other, soccer's tournament is more spectacular than all the others put together. Hey, win the World Cup, baby, you're ticker tape on Broadway.

No, it's gotta be the World Cup.

Of course, it's always been the case that the United States was about the only place on the globe where soccer wasn't the king of the sports jungle. But now it seems we too have caught the nationalism virus, and we're just as jingoistic as everybody else when it comes to the World Cup.

For Women's World Cup, U.S. Soccer Fans Kick It Up A Notch

It's well-known by now that when our women beat Japan in the final last week, more Americans watched on TV than they did any game in the NBA finals. LeBron who? Without any doubt it was the high-water mark for women's sports in the U.S., eclipsing our victory in the 1999 World Cup.

You might remember the euphoria over that win. It was exactly like now. Yes sir, women's soccer — women's sports — had arrived. A professional league, the Women's United Soccer Association, was started. It was a total bust, and folded in three years. Another women's league staggered through three seasons before going under in 2012. Now we have the National Women's Soccer League in its third year.

The Women's National Basketball Association is in its 19th season. It still plays in the summertime, though, because that's when arenas are available for a show that doesn't draw fans well enough to play in the real basketball season.

You see, the reason a women's soccer pro league hasn't succeeded may not be soccer's fault. Rather, the fault seems to lie — if you will excuse a man daring to say it — with women.

Ever since Title IX gave girls equal opportunity with boys in sports, more and more females have played sports. But for whatever reason, women don't much want to pay to watch other women play sports. Well, at least not unless they're playing Bobby Riggs at tennis or playing some other country in the World Cup every four summers.

If the National Women's Soccer League is to succeed, or, for that matter, if women's basketball, college and pro — if women's sports is going to start filling up more seats, then it's got to be women's backsides in the seats, cheering their gender-mates on. Otherwise, it'll be 1999 all over again.