Accessibility links
Can The Agent Orange Act Help Veterans Exposed To Mustard Gas? Just like World War II vets who were exposed to mustard gas during secret chemical testing, Vietnam vets exposed to Agent Orange had trouble obtaining VA benefits — until they got the law changed. 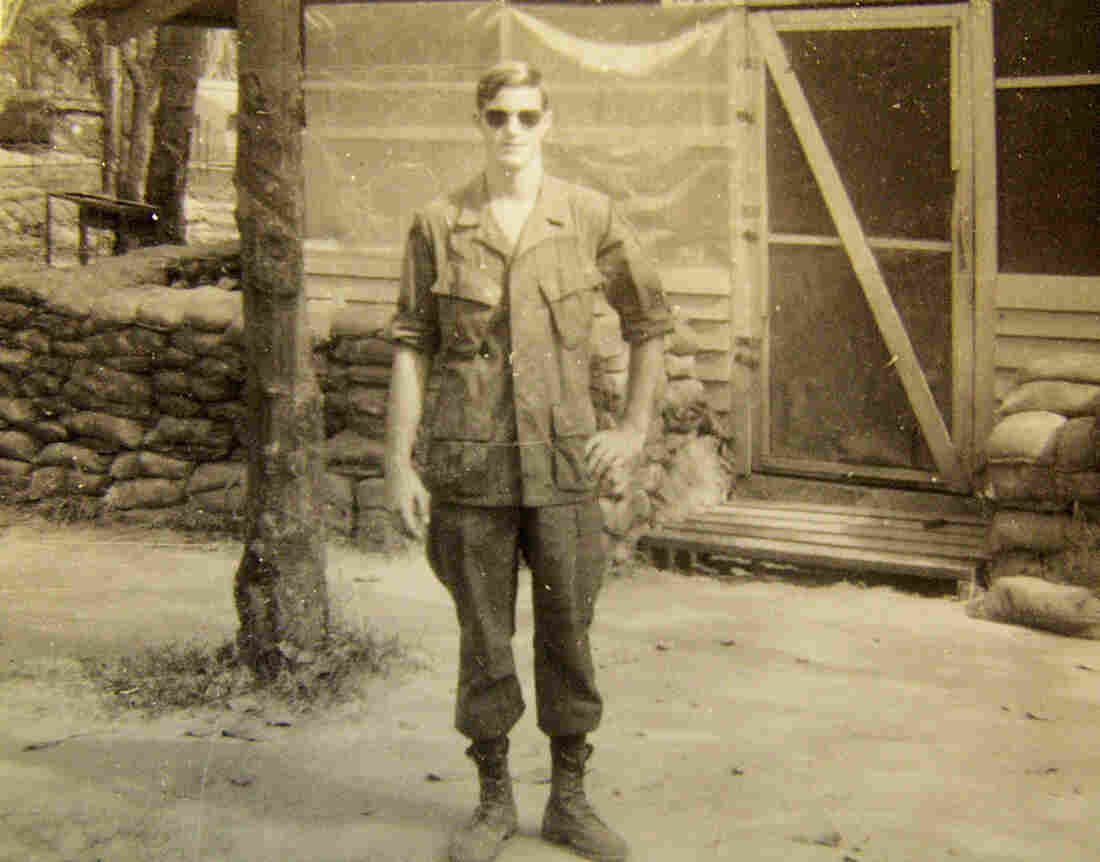 Alan Oates was exposed to herbicides, such as Agent Orange, while serving in Vietnam in 1968. Decades after returning home, he was diagnosed with Parkinson's disease, and because Congress passed the Agent Orange Act, he's able to receive VA benefits. Courtesy of Alan Oates hide caption 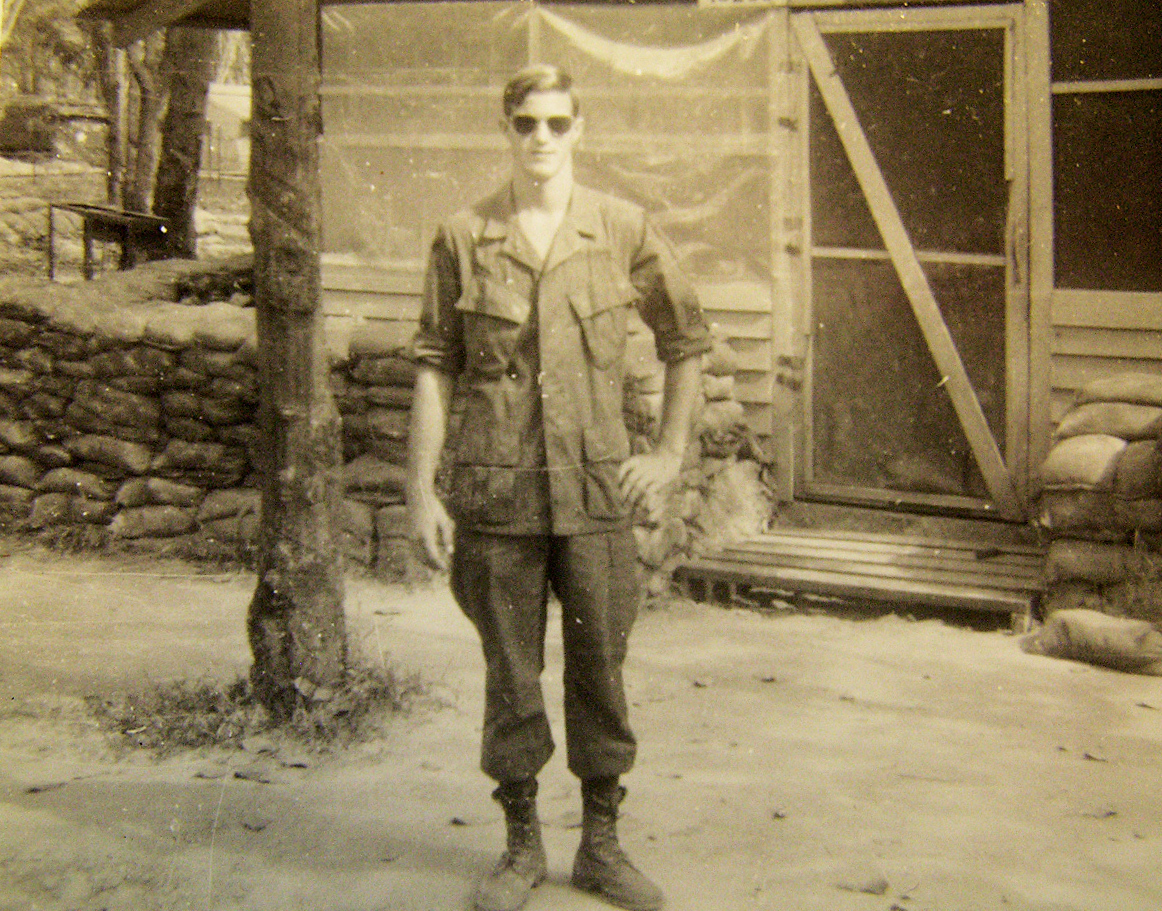 Alan Oates was exposed to herbicides, such as Agent Orange, while serving in Vietnam in 1968. Decades after returning home, he was diagnosed with Parkinson's disease, and because Congress passed the Agent Orange Act, he's able to receive VA benefits.

To understand the predicament of World War II veterans exposed to mustard gas, take a look at what happened to another set of American veterans who were exposed to a different toxic chemical.

Last month, NPR reported that some of those World War II vets are still fighting for disability benefits from the U.S. Department of Veterans Affairs because the agency says they don't have enough proof to substantiate their claims.

As a young Army private during the war, Oates was providing security for an engineering outfit in the jungle when he first noticed three planes flying overhead spraying something.

"I asked the engineers: What are they doing?" Oates says. "And [one] said: They're spraying herbicides to kill the vegetation, so that the enemy couldn't hide in it." 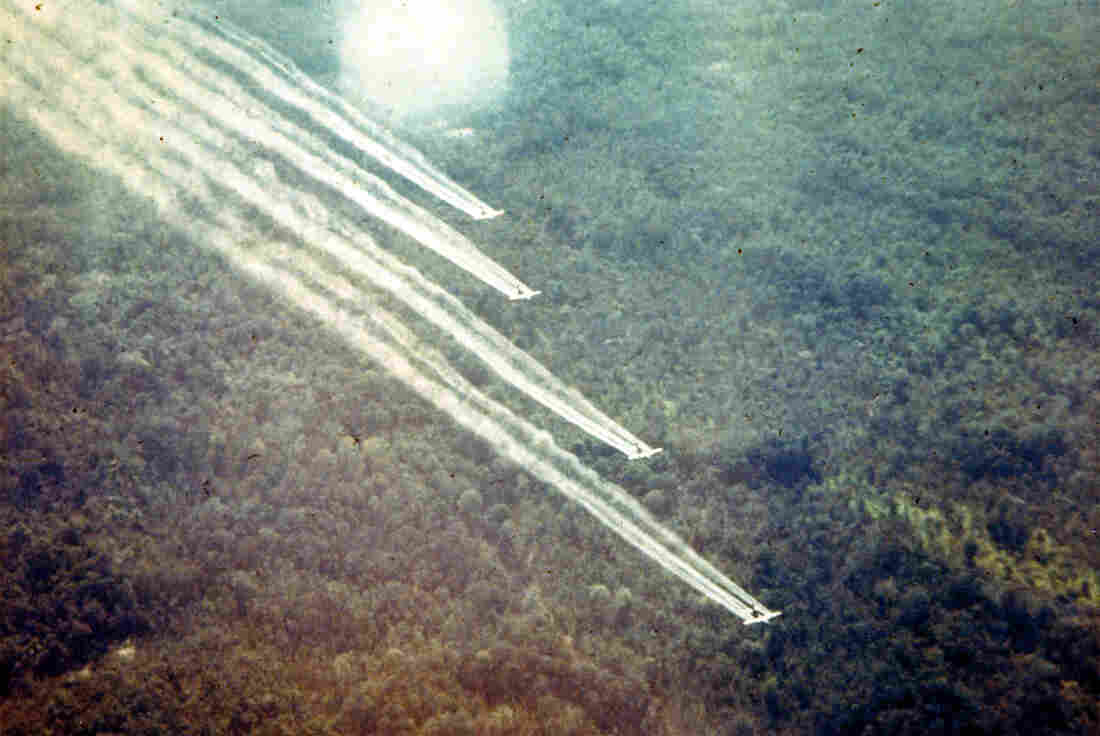 A defoliant spray run, part of Operation Ranch Hand, during the Vietnam War by UC-123B Provider aircraft. Defoliants and herbicides, such as Agent Orange, were used during the war to remove leaves from trees and plants. National Museum of the U.S. Air Force via Wikipedia hide caption 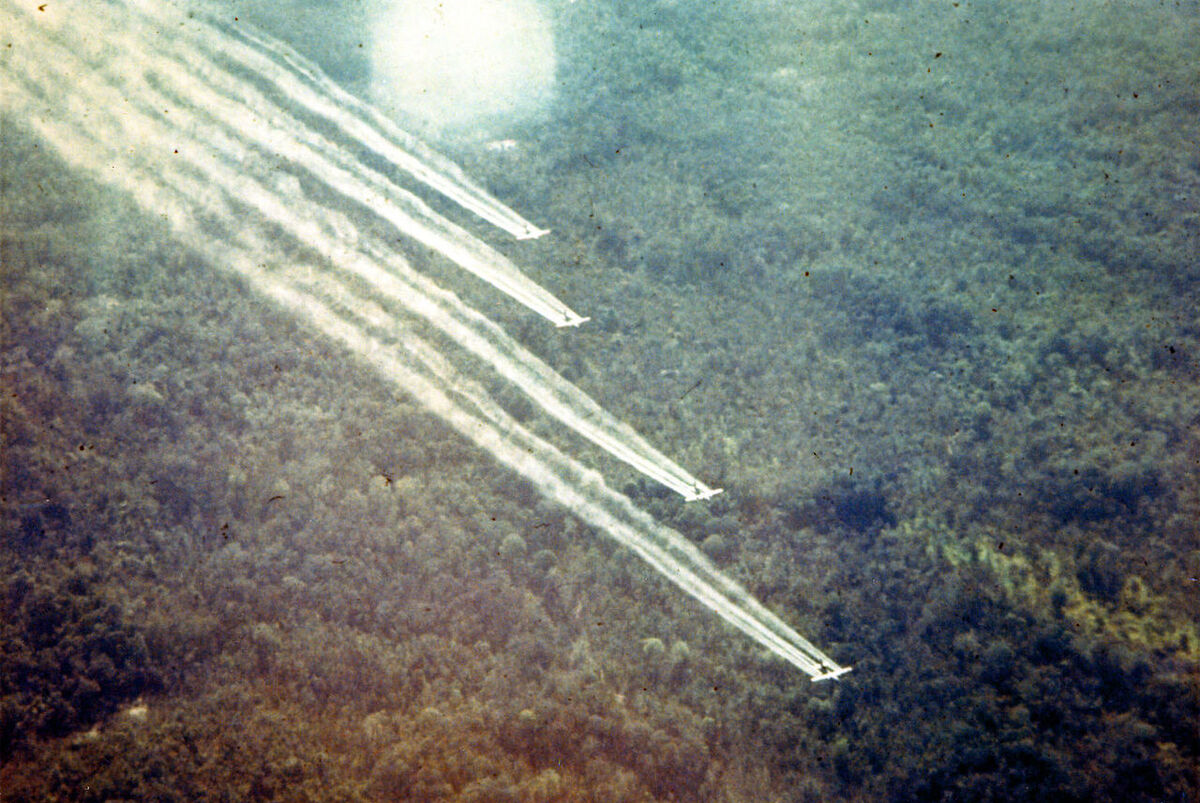 A defoliant spray run, part of Operation Ranch Hand, during the Vietnam War by UC-123B Provider aircraft. Defoliants and herbicides, such as Agent Orange, were used during the war to remove leaves from trees and plants.

National Museum of the U.S. Air Force via Wikipedia

The herbicide was Agent Orange, and Oates says he assumed it was harmless to humans. But years after coming home, he noticed a tremor in his left hand.

"I had one finger that just one morning started moving back and forth," he says.

Oates made an appointment with his doctor and was diagnosed with Parkinson's disease. He's one of thousands of Vietnam veterans who came down with similar diseases — such as type II diabetes, skin disorders and rare cancers — after returning from the war.

But when veterans first began reporting their illnesses, the VA said they didn't have enough evidence to qualify them for service-related compensation.

One of the problems was that the veterans couldn't prove they were exposed to Agent Orange because it wasn't recorded in their personnel records. So advocates for Vietnam veterans launched a lobbying campaign to change the way the VA treated their cases.

The effort was led in part by Mike Leaveck, a Vietnam War veteran and former chief lobbyist for Vietnam Veterans of America. Leaveck says they recruited thousands of activists and organized marches and letter writing campaigns.

"I lobbied myself blue," he says.

"Proof of exposure is the key," Leaveck says. "Congress finally just came in and said, 'You just have to presume it.' "

Congress passed the Agent Orange Act in 1991, which required the VA to presume that anyone who served in and around Vietnam was exposed.

The law now allows Oates and thousands of others to receive disability benefits for their diseases.

Leaveck says a similar piece of legislation could help the World War II veterans who were exposed to mustard gas in secret military experiments. Thousands of enlisted men were tested. Like Agent Orange, those exposures were not recorded in military personnel records.

NPR reported that some of the few World War II veterans who are still alive — now in their late 80s and early 90s — are still fighting for disability benefits because the VA says they don't have enough proof.

Charlie Cavell, 89, has been appealing his claim for benefits since the 1980s. After last month's NPR report, the VA granted some of his claims for benefits. But he's still appealing others.

"I've had two heart bypass operations; I wear a pacemaker now," he says. "I have congestive heart failure; I have Stage 4 kidney disease." 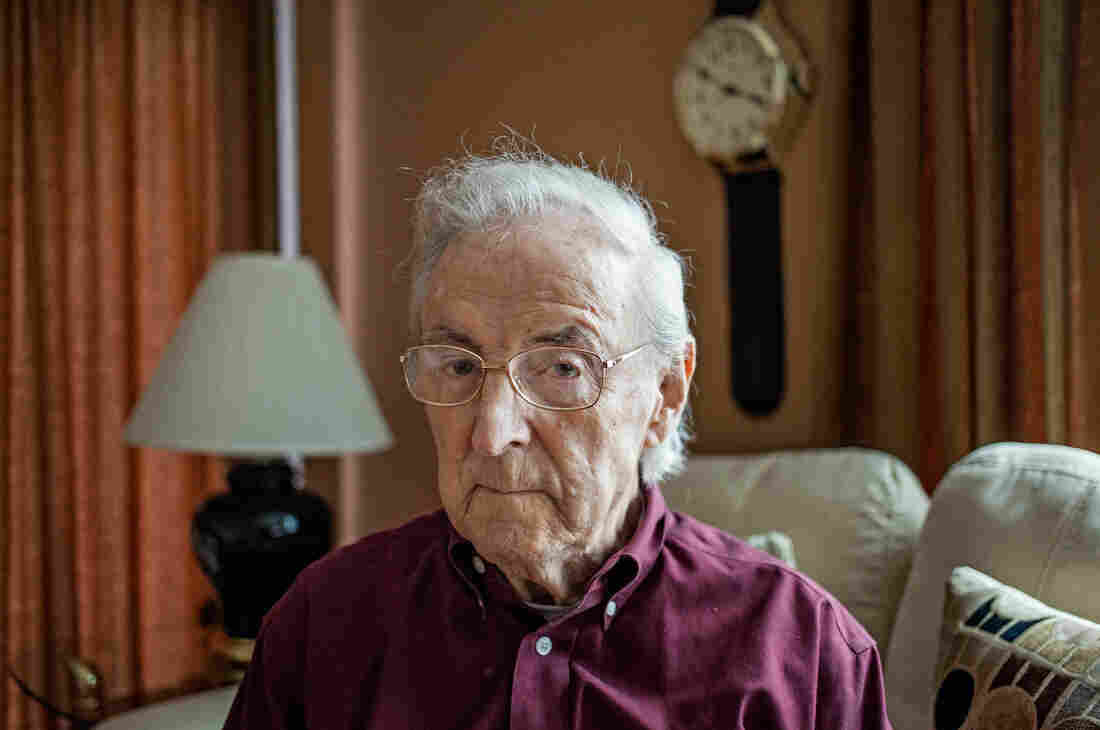 Bart Stichman, an executive director at the National Veterans Legal Services Program, which helped get the Agent Orange law passed, says that if these veterans had another decade, maybe they could get a similar law enacted.

"The VA is run by the people who have been there for a long time. And they continue to do things the way they've been doing things. And moving the ship is a very difficult proposition," he says.

More than a dozen lawmakers have called on the VA to provide benefits in response to NPR's reporting. The VA responded, saying it's working in good faith to do right by these veterans. But Stichman worries that the veterans won't be able to keep that momentum going.

"It's going to take somebody to take on their cause," Stichman says. "Because of their numbers and their age, I don't think they're going to be able to pursue this on their own."

Stichman says the veterans' best chance at benefits is if a heavy-hitting member of Congress will champion their cause all the way to the finish line.