Accessibility links
A Widely Praised Documentary Gets An Even Better Second Chapter The documentary The Act Of Killing looked at a brutal slaughter through the lens of action films. Joshua Oppenheimer's follow-up, The Look Of Silence, is just as powerful and more subtle. 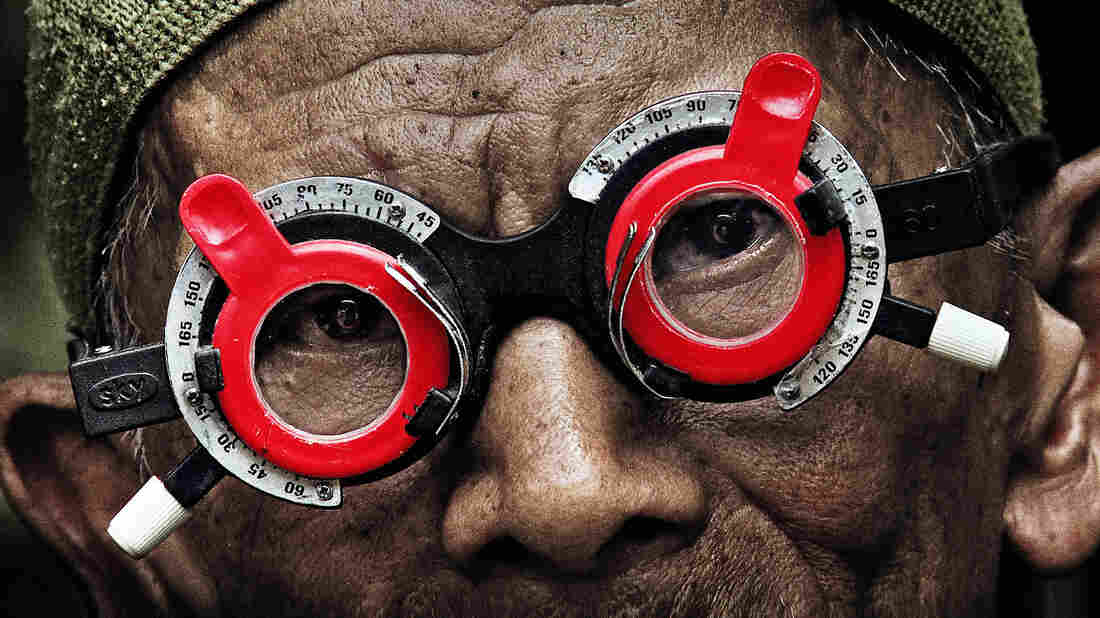 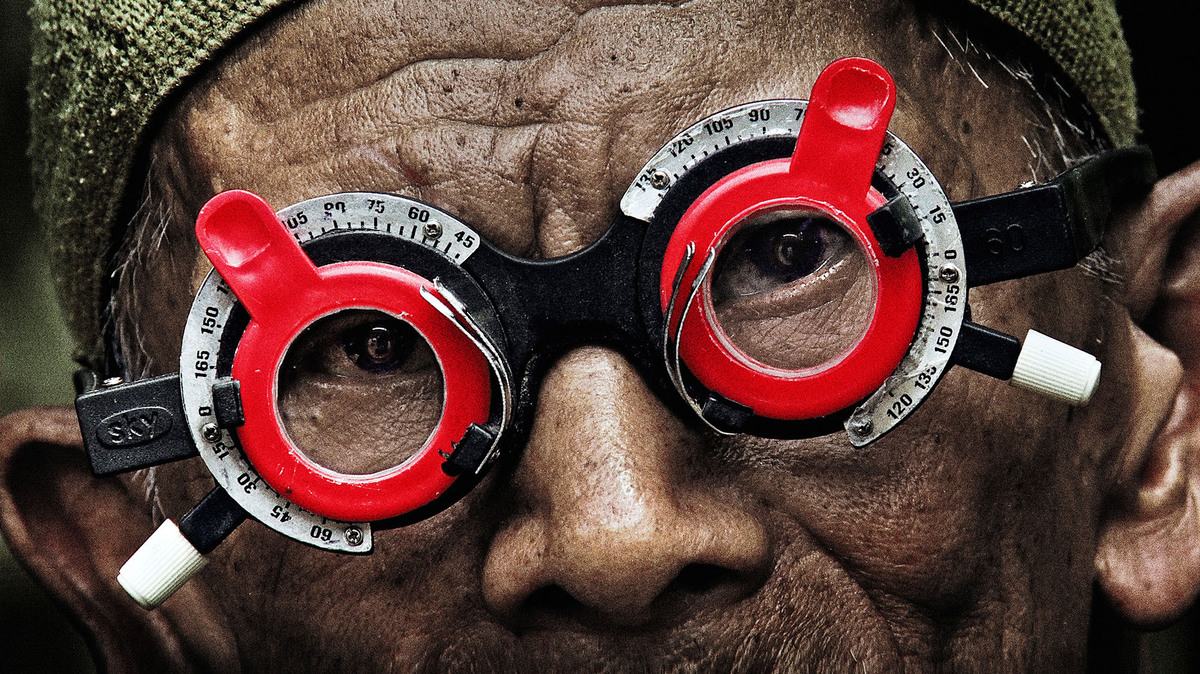 A scene from Joshua Oppenheimer's documentary The Look of Silence.

Almost three years ago, Joshua Oppenheimer unveiled The Act of Killing, a startling documentary about the 1965-66 mass killings in Indonesia. Its audacious ploy was to encourage unrepentant murderers to re-enact their deeds in the form of scenes from action flicks, a tactic that was extremely well-received by Western critics.

The gimmick yielded some sequences that were cathartic, but others that were at best distracting. At times, the film trivialized a subject that Oppenheimer clearly took very seriously. Widespread acclaim for the documentary seemed to reflect its emphasis on something movie reviewers know well — movies — over the considerably more obscure subject of Indonesian history.

Of course, both Westerners and Indonesians have good reason to know little about the horrific episode broached by Oppenheimer's films: It's a taboo subject, one the Denmark-based American filmmaker is nearly alone in addressing. He does so much more effectively in The Look of Silence, which uses members of a single family to represent the millions of victims and survivors.

Obeying the strictures of cinema verite, the director generally avoids historical context. But he couldn't resist the clip that opens The Look of Silence: a 1967 TV news report in which an NBC correspondent exults in the "purge" of communists from Indonesia. He interviews a local man who says, with earnest absurdity, that some of the alleged communists actually asked to be killed.

The nationwide murder spree did target members of the Indonesian Communist Party, but also labor unionists, ethnic Chinese, and people — whether Muslim or Hindu — who were considered irreligious. Among the victims was Ramli, extraordinary not for who he was, but because his killing was witnessed and his name and fate became widely known.

Oppenheimer and his Indonesian colleagues — many of them listed in the credits as "anonymous" — filmed Ramli's executioners a decade ago, early in the process that led to the two films. Later, the director met Ramli's brother, pseudonymously identified in the movie as Adi. The younger man had been born two years after Ramli's death as a sort of substitute son for his parents, who are now over 100.

Adi is a middle-aged optician whose profession provides the movie with a ready-made metaphor. The camera observes Adi as he simultaneously evaluates people for glasses and asks them about the slaughter. He is quiet but determined, and phenomenally unafraid. "Joshua never asked questions this deep," complains one former death-squad leader in response to Adi's detailed interrogation.

The Look of Silence is a subtler film than its predecessor, but the madness of the killers comes across, notably in their repeated admissions of drinking victims' blood. "America taught us to hate communists," explains one veteran of the grisly campaign, but once the slayings began they were guided as much by superstition and tribal conflict as by any claimed American involvement. A man blithely recalls how he brought a severed head to a Chinese-owned coffee shop to scare the proprietors. Such atavistic behavior has nothing to do with geopolitics.

The movie sticks closely to Adi and his parents. It even includes a scene of the family's senile patriarch, confused and fearful, that was shot by Adi himself. But in searching for information about the brother he never knew, Adi opens the door to a much broader investigation.

A former death-squad commander who became a prominent local politician warns that, if troublemakers don't stop asking questions, another round of slayings will occur. The opposite of that prophecy seems more likely true: that only the challenges of brave people like Adi and uncompromising movies like The Look of Silence can immunize Indonesia against another internecine slaughter.