Accessibility links
Science Confirms 2014 Was Hottest Yet Recorded, On Land And Sea The international report card is out and confirms the hottest average on record — for a third time in 15 years. More than 400 scientists contributed data, finding a spike in sea and air temperatures. 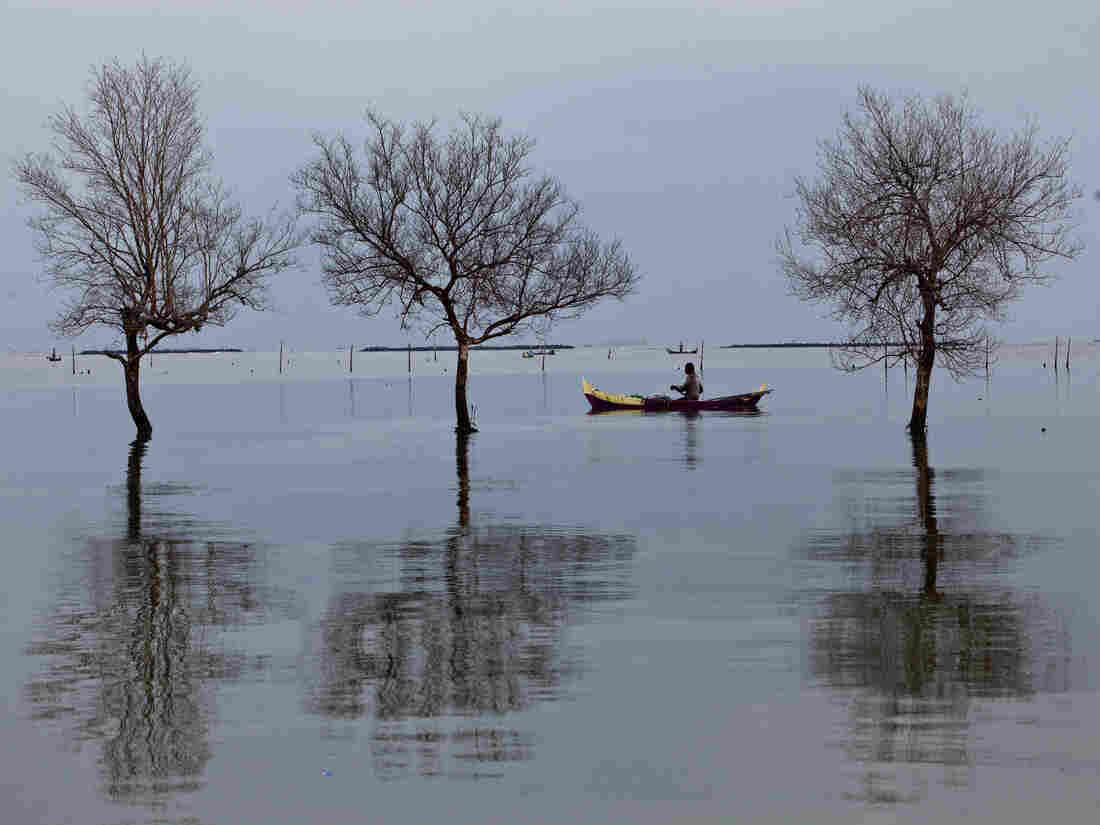 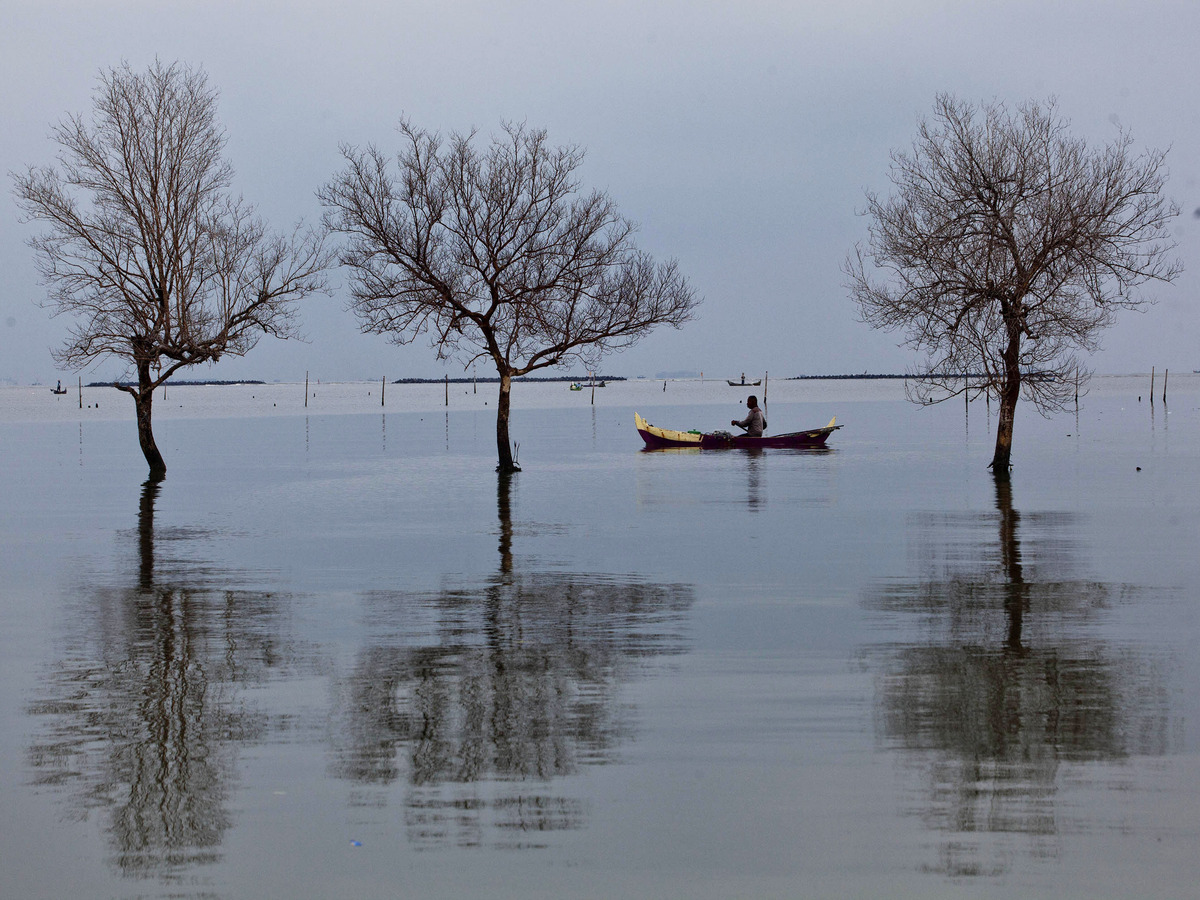 Floodwaters from rising sea levels have submerged and killed trees in Bedono village in Demak, Central Java, Indonesia. As oceans warm, they expand and erode the shore. Residents of Java's coastal villages have been hit hard by rising sea levels in recent years.

For the past quarter-century, the National Oceanic and Atmospheric Administration has been gathering data from more than 400 scientists around the world on climate trends.

The report on 2014 from these international researchers? On average, it was the hottest year ever — in the ocean, as well as on land.

Deke Arndt is a climate scientist with the agency and an author of the State of the Climate in 2014 report, released Thursday. It's the lower atmosphere that's warming, not the upper atmosphere, he points out — just as the total of greenhouse gases in the lower atmosphere continues to increase. That's not a coincidence.

"The changes that we see in the lower part of the atmosphere are driven by a change in the composition of the atmosphere," Arndt says. "If an external forcing — such as the sun or some orbital phenomenon — would be driving the warming, we would see a warming across the board in most of the atmosphere. And we don't."

This year's hottest-ever record is the third time that's happened in the past 15 years.

The annual spike in ocean temperature — specifically, in the upper 2,000 feet of water in most of the world's oceans — was especially big last year, the scientists say.

"You can sort of think of ocean warming as being global warming, since that's where most of the global warming goes," says Greg Johnson, an ocean scientist at NOAA.

A lot of extra heat has been trapped in the lower atmosphere over the past several decades, Johnson says. And the ocean is going to continue to suck up that heat and get warmer.

Moreover, the oceans expand when they get warmer. That raises sea levels, which — again, no coincidence — reached their highest point last year, as well.

Glaciers continued to melt. And the extent of Arctic sea ice kept shrinking as well.

On the temperature front, Europe was hotter than ever. But it wasn't hotter than blazes everywhere. The eastern U.S. got a break. The winter there was especially cold, which led some climate skeptics to question the whole idea of climate change.

Jessica Blunden, a climate scientist and report author who consults for NOAA, says the weather in the East was an outlier.

"For example, the lower latitudes of eastern North America and parts of Russia were well below average during this period — up to 10 degrees Fahrenheit below average," Blunden says. "But then in the higher latitudes, Alaska, for example, was super warm for this time of year — 18 degrees above average in late January.

So the eastern U.S. got lucky — if you consider record-breaking snow, and cold weather lucky. Keith Seitter, head of the American Meteorological Society, which published the report, found that ironic.

"I'm here in Boston," he says. "We had an incredibly tough winter, but that doesn't change the fact that the globe is getting warmer. And 2014 really represents some kind of landmark year in that respect."

As the climate report shows, weather is local. Climate is global.