Accessibility links
'I Really Like You': Amy Schumer Makes A Fine 'Trainwreck' The comedy Trainwreck, written by Amy Schumer and directed by Judd Apatow, takes a few risks with the romantic comedy formula on which it ultimately relies. Plus: LeBron James! 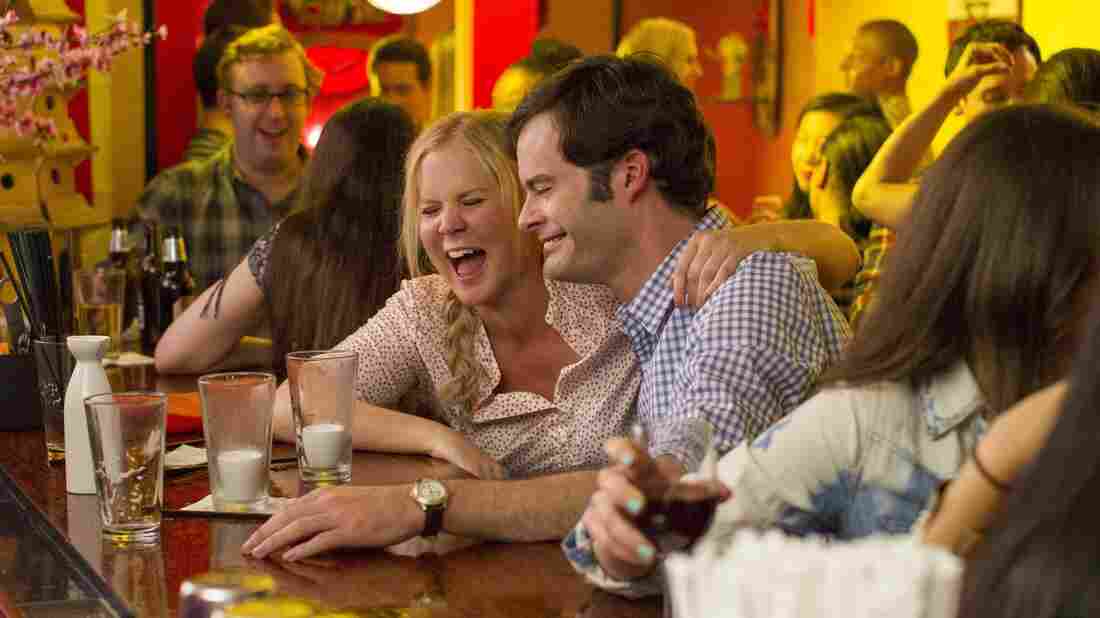 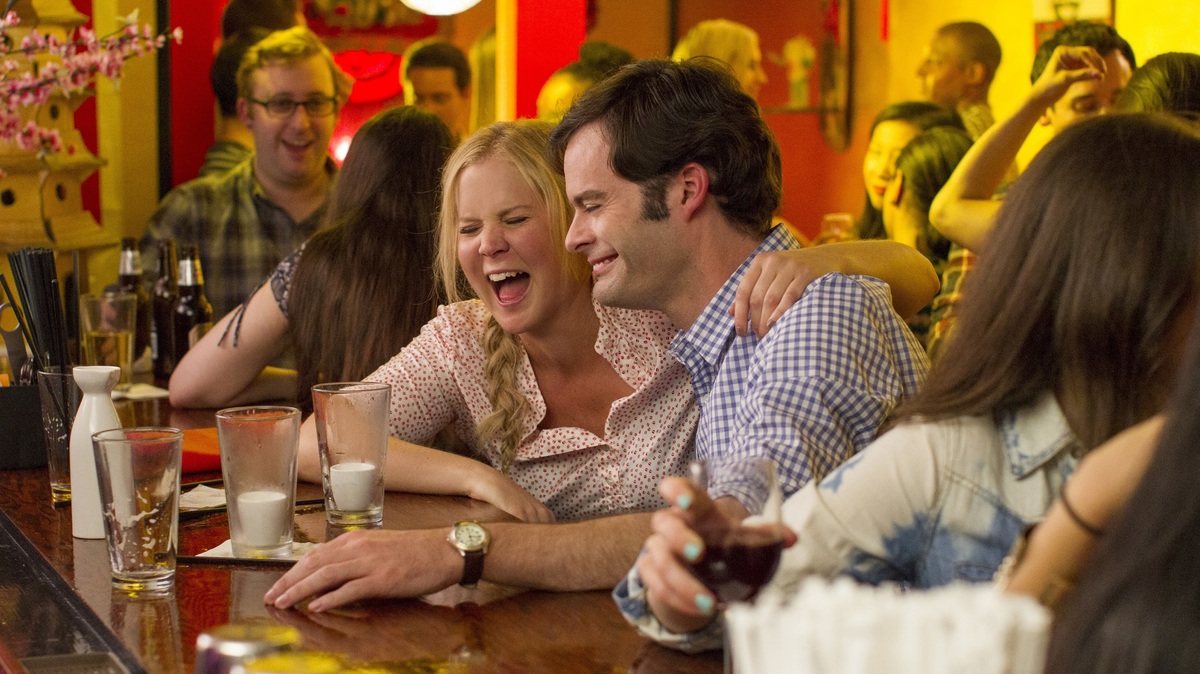 To be a lead in a Hollywood romance — especially a female lead — is to be told what's wrong with you. A lot. There's always an assistant or a best friend or, of course, the guy himself to fix you or coach you, because you are broken.

The fact that Amy Schumer's character in Trainwreck — also named Amy — is the reason it's called Trainwreck would make you think she's in for similar treatment. But that's not as much the case as it might seem.

Amy starts as a boozy, single magazine writer for whom sex is pretty low-stakes, but sleeping over is too intimate. She gets her outlook from her dad, played by Colin Quinn, who drummed it into Amy and her sister at an early age that partnering up is for suckers. But while she is sort of a mess in some ways, she's not lonely or waiting around or disappointed and hurt. She's got other things on her mind — like working and caring for her dad, who's now in assisted living.

When she's sent to profile a surgeon played by Bill Hader who treats pro athletes, the stakes do start off low. It gets tricky when they run into the one factor that so many romantic comedies put off until the very last minute: They like each other. That's pretty much his pitch after she says they shouldn't mix romance and work. "Do you like me?" he asks. "Yeah," she answers. "Yeah, see, I really like you."

Consider how weird it is that Hollywood romantic comedies so often position love as something that happens to people who don't like each other. This winds up being Trainwreck's most unexpectedly audacious idea. For adults, it's the ones you like that get complicated, not the ones you fight with for an hour and a half and then kiss in the rain.

That exchange — and those words, "I really like you" — become the involving part of this story, and the sexy part, too. Both Schumer and Hader have the potential for such outsized silliness that when their performances are still and straightforward, it feels like it matters.

It's still a comedy, and it's really funny. Maybe the nicest surprise is that the supportive sidekick isn't her best friend but the sports doctor's confidante, LeBron James. Played very convincingly, by the way, by LeBron James, who offers advice about love but also about his hometown. This isn't really a cameo; it's a bona fide supporting performance in a comedy, and he's straight-up terrific.

Make no mistake: Trainwreck, which Schumer wrote and Judd Apatow directed, has some very traditional romantic comedy elements, including a big, implausible finish. But even if you know where you're going to wind up, it takes interesting side trips along the way.