Accessibility links
Former Hostage: Under Deal, Iran Has Less Incentive To Hold Americans Sarah Shourd, who was imprisoned by Iran in 2009, calls the nuclear deal a "win-win." It doesn't demand Americans' release, but she says it makes it less useful for Iran to keep hostages for leverage. 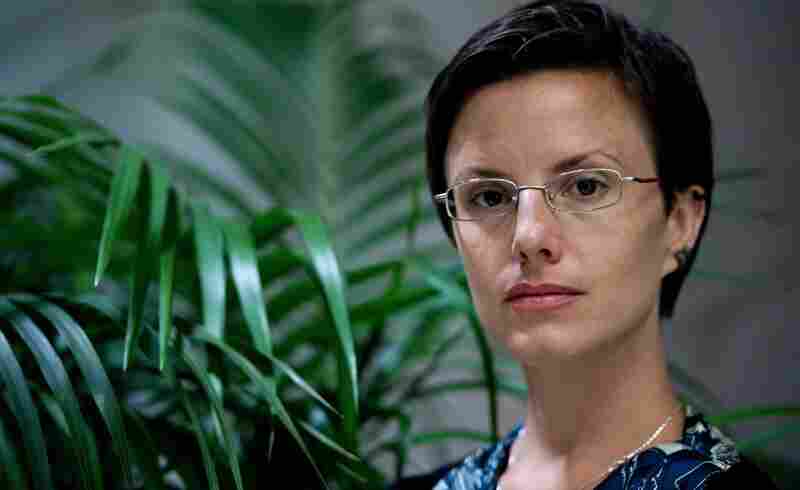 Sarah Shourd in 2011. Hostages, to Iran, are "like money in the bank that eventually gets cashed in — you just don't know when or how long it will take," she says. Paul J. Richards/AFP/Getty Images hide caption 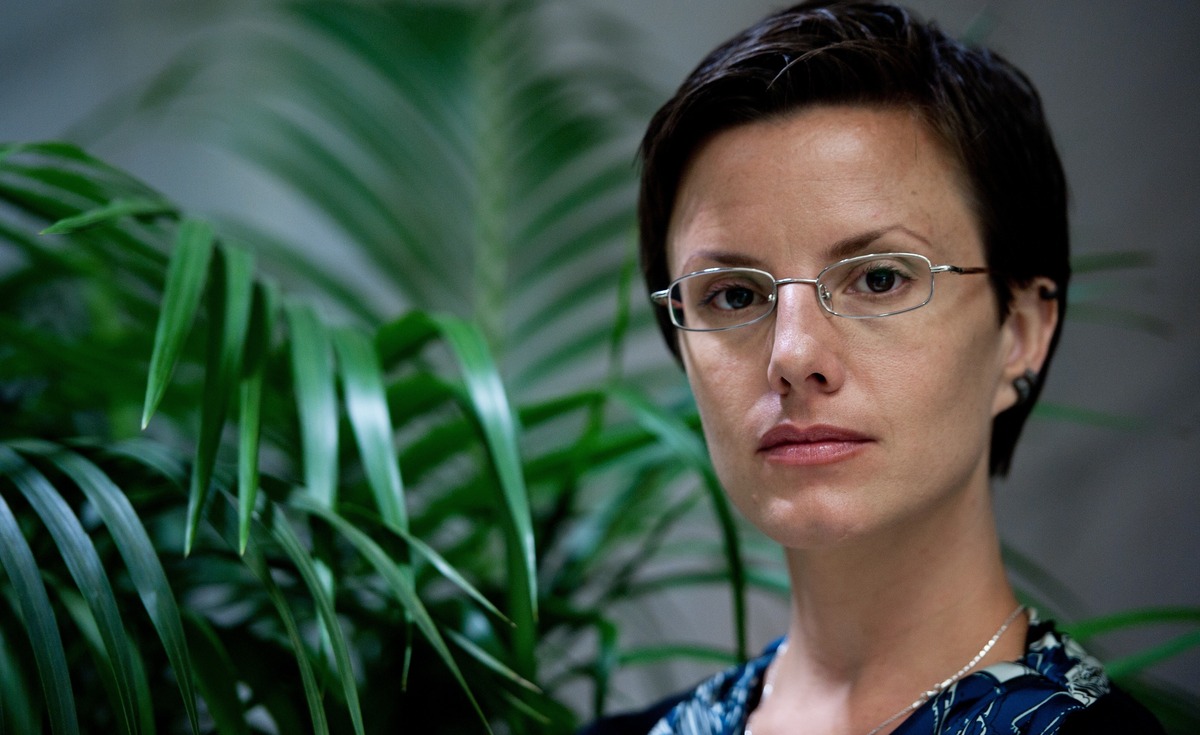 Sarah Shourd in 2011. Hostages, to Iran, are "like money in the bank that eventually gets cashed in — you just don't know when or how long it will take," she says.

President Obama responded sharply this week when a reporter asked if he was "content" to celebrate the nuclear deal with Iran when at least three and possibly four Americans are being held in Iranian jails.

"Nobody's content," he said, "and our diplomats and our teams are working diligently to try to get them out."

At least one former American hostage thinks the deal is worth signing, despite the remaining hostages.

Sarah Shourd was one of three Americans who were arrested while hiking in an area near the Iraq-Iran border in 2009. They were imprisoned — Shourd for 14 months, her friends for two years.

"It's a good deal," Shourd tells NPR's Scott Simon. "It's a great deal, and it's going to ease tension on both sides. It weakens the hard-liners in Iran, and hopefully it will lead to more regional cooperation between the U.S. and Iran and other countries to combat ISIS."

Shourd, now an author, speaker and playwright, wrote this week in the Daily Beast that the deal is "the right thing" to do, and reduces the incentive for Iran to take and hold hostages.

"For the Iranian government, imprisoning Americans provides an important kind of security ... a bargaining chip they have to use as leverage," she wrote.

She tells Simon that the nuclear deal makes that bargaining chip less valuable.

Click on the audio link above to hear their conversation, including Shourd's description of how her mother helped secure her freedom.

On her support for the nuclear agreement

I wish that, of course, these Americans had been released a long time ago and never held in the first place, but from my own experience around the negotiations for our release, I know that tying a hostage situation directly to other negotiations is very problematic.

On the Iranian government's trustworthiness

I think governments are pragmatic entities. Iran has a lot to benefit from this deal. They need it very badly. Easing the suffocating sanctions against ordinary Iranians is something that both [Ayatollah Khamenei] and [President Hassan Rouhani] absolutely needed to deliver.

But I think this nuclear deal is a win-win for everyone. The thing is, if the hostages had been directly tied to this case — there's no doubt that they're connected; the reason Iran holds American hostages is to use them as leverage. They're like money in the bank that eventually will get cashed in — you just don't know when or how long it will take. The good thing about the nuclear deal is it decreases the incentive for the Iranian government to continue to use this tactic. ...

It's not a win-win situation to hold a hostage: It makes them look very cruel; internationally they get a lot of criticism. Once that criticism reaches a peak, that's usually when people get released. 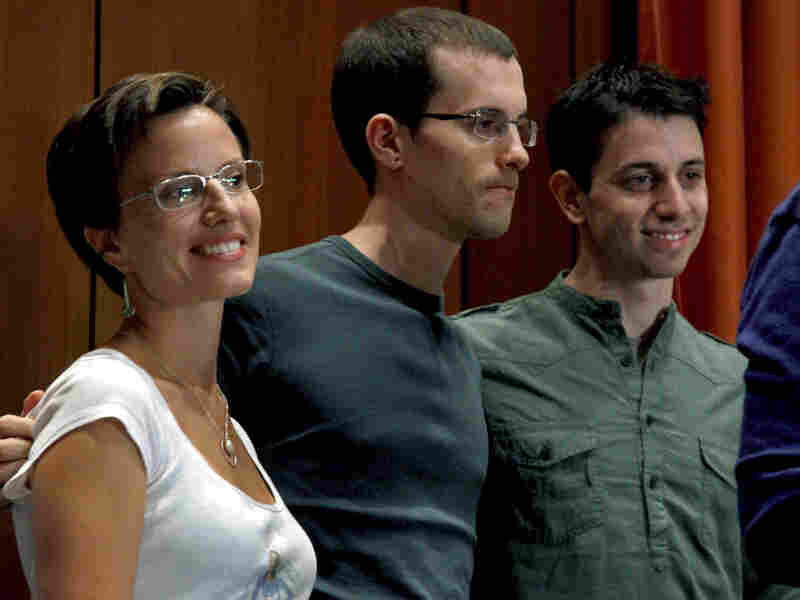 Shourd and fellow hikers Shane Bauer (center) and Josh Fattal held a press conference shortly after Bauer and Fattal were released in 2011. Shourd was released in 2010. Craig Ruttle/AP hide caption 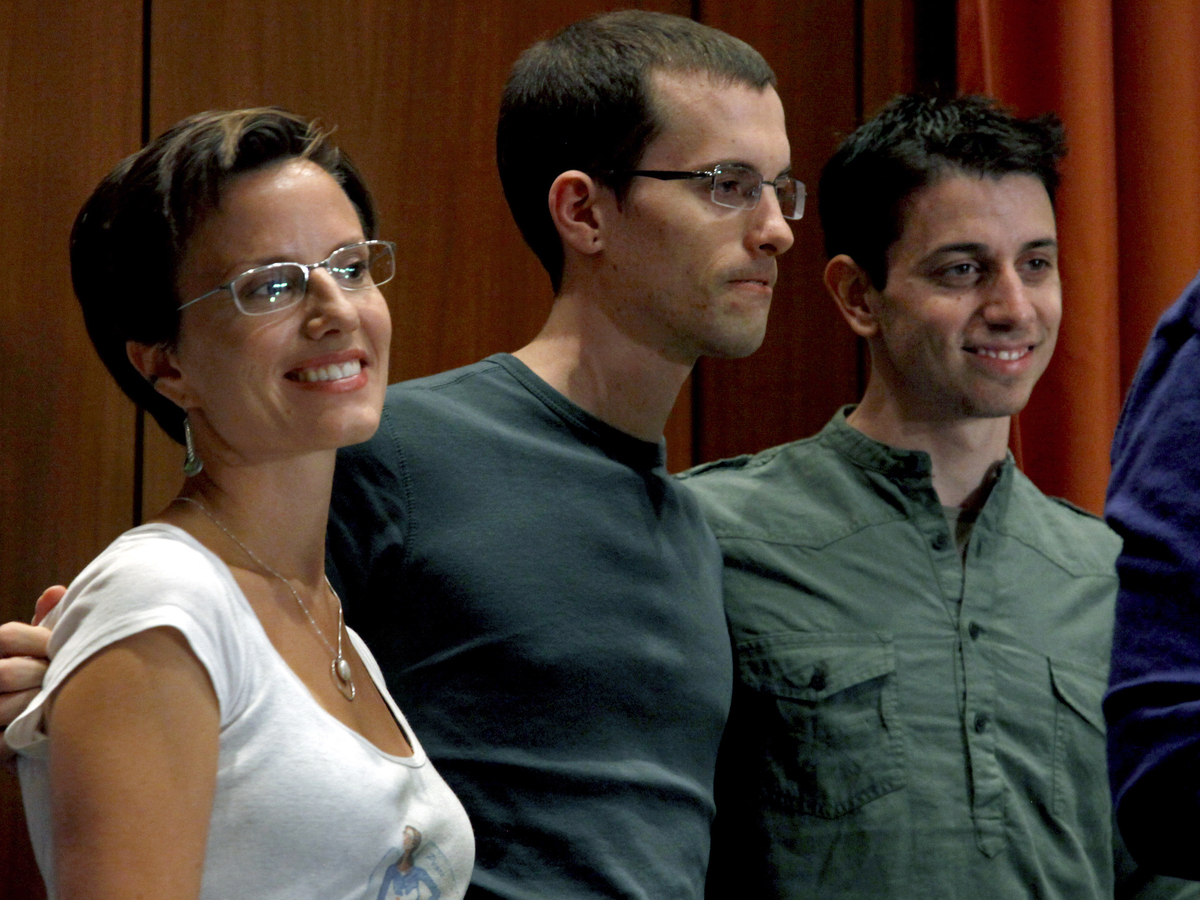 Shourd and fellow hikers Shane Bauer (center) and Josh Fattal held a press conference shortly after Bauer and Fattal were released in 2011. Shourd was released in 2010.

On her apparent equanimity toward Iran

People say that. I hope I don't come across in any way as condoning anything that the Iranian government did to us, or what they do to their own people. I just — in order to survive that year in solitary confinement, I had to see this as part of a historical trajectory that I was an innocent victim of, that it wasn't personal, that it wasn't anything I'd ever done in my life that lead me to that place.

I guess I just like to focus on the bigger picture, and I think with this nuclear deal, it's important to step back and to look at our foreign policy and ask ourselves, what has all of this been for? Who has it benefited? Why has this taken so long, and how can we avoid this kind of dead-end foreign policy in the future?