Accessibility links
They're No. 1: U.S. Wins Math Olympiad For First Time In 21 Years America's top math students went head-to-head with competitors from more than 100 countries — and they won. "If you can even solve one question," their head coach says, "you're a bit of a genius." 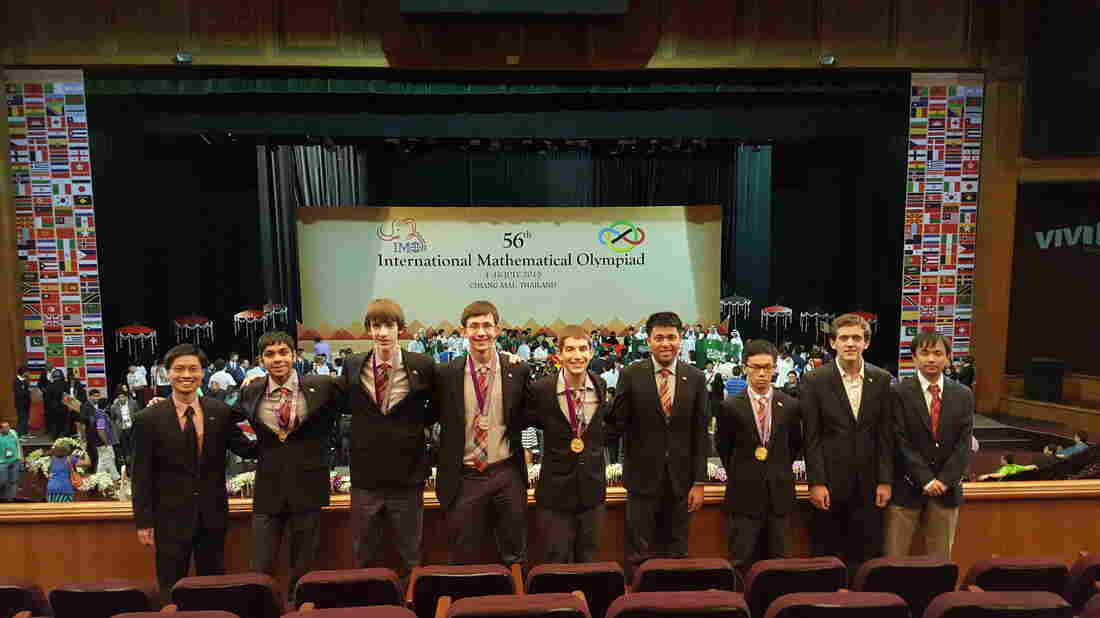 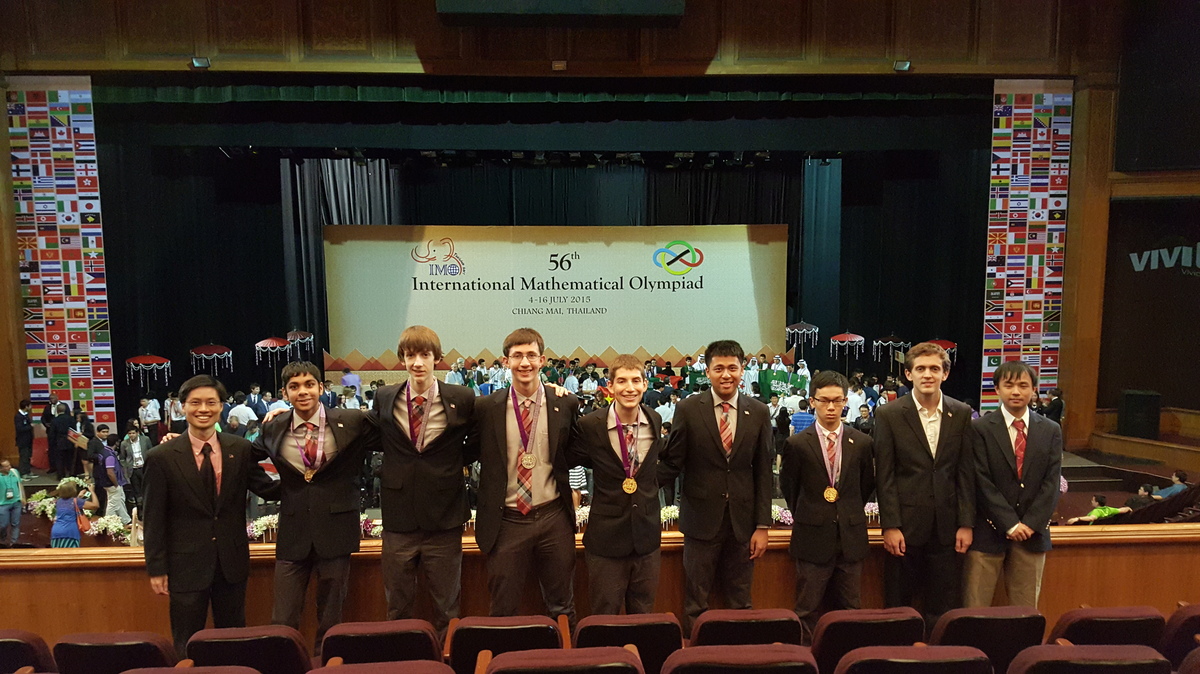 In one of this year's most intense international competitions, the United States has come out as best in the world — and this time, we're not talking about soccer.

This week, the top-ranked math students from high schools around the country went head-to-head with competitors from more than 100 countries at the International Mathematical Olympiad in Chiang Mai, Thailand. And, for the first time in more than two decades, they won.

Po-Shen Loh, a professor at Carnegie Mellon University and head coach for Team USA, says the competition is held over the course of two days. Students work on three math problems each.

"If you can even solve one question," Loh tells NPR's Arun Rath, "you're a bit of a genius."

The atmosphere at the Olympiad is intensely still.

"I will say that it's not really a super-great spectator sport, in the sense that if you are watching them, it will look like they are thinking," he says. "Although I will assure you that inside their heads, if you could spectate, that would be quite a sport."

The U.S. team last won the Olympiad in 1994. Reports in recent years have raised concerns that American math students are falling behind those in the rest of the world. But, Loh says, "At least in this case with the Olympiads, we've been able to prove that our top Americans are certainly at the level of the top people from the other countries."

Concerns have also been raised over the years about a persistent gender gap in U.S. math achievement. All six members of this year's winning team are boys. "That is actually something that one hopes will change," Loh says. "The top 12 people in the country on the United States Math Olympiad happen to have two girls in it. One might say, 'Only 2 out of 12, that's terrible.' But I should say in many years, it was, unfortunately, zero."

Loh says it's important to teach math as more than mere memorization and formulas. He says this is one reason, perhaps, that the subject hasn't attracted as many American students as it could.

"Ultimately, I think that as the mathematical culture starts to reach out to more people in the United States, we could quite possibly start to see more diversity. And I think that would be a fantastic outcome," he says.

"It could be that maybe the way math is sold, in some sense, is one in which it's just a bunch of formulas to memorize. I think if we are able to communicate to the greater American public that mathematics is not just about memorizing a bunch of formulas, but in fact is as creative as the humanities and arts, quite possibly you might be able to upend the culture difference."

For Loh, there's beauty — and, yes, art — in the rigor of mathematics.

"Math is a cross between art and law. Law is about the reasoning and proving. And the art is because what we're trying to prove are statements that are somehow elegant," he says. "That's where the artist decides what is art."