Accessibility links
National Guard Seeks More Drones For Domestic Missions A dozen Guard units now pilot drones for missions here and abroad. Some are lobbying for increased use of the unmanned aircraft in the U.S., but critics have raised privacy concerns.

The Tennessee National Guard 118th Wing poses with a MQ-9 Reaper drone. They are among a dozen Guard units across the country with drone-flying missions. Courtesy of 118th Wing hide caption

The Tennessee National Guard 118th Wing poses with a MQ-9 Reaper drone. They are among a dozen Guard units across the country with drone-flying missions.

The National Guard has quietly expanded its fleet of unmanned aircraft in the U.S.

A dozen units scattered across the country now have drone-flying missions, and in some places, the Guard is lobbying to use military drones for missions at home.

Until a few years ago, his unit flew C-130s. But those nonthreatening cargo planes, often used to ferry supplies during disasters, have been replaced by something a bit more ominous — the MQ-9 Reaper. That's a high-altitude, high-speed drone with a wingspan of more than 60 feet. It can carry Hellfire missiles and stay airborne for 24 hours without refueling.

Five of the dozen Guard units that have drone missions can take off and land at American bases. The rest, like this Tennessee unit, pilot drones that live overseas, taking off from foreign bases, controlled from here via satellites. The work is so secretive that Albritten won't even point out the building his pilots are in.

"Can't really say. Operational security. I can't really talk about that," Albritten says. "But that part is the classified part."

Albritten wants an unclassified role for the drones too — offering surveillance during floods or after tornado outbreaks, assisting with manhunts and drug busts. He has raised his hand with the Pentagon to get what he calls "iron in the state."

"There's no iron, there's no aircraft here in Tennessee. I will say we are working to get iron in the state so they're available for the governor to use in a state of emergency," he says.

It's been done before. In 2013, a disarmed MQ-1 Predator hovered high above the smoke and flames of a remote wildfire near Yosemite, feeding live infrared video to the ground. The California Guard was so proud of this milestone, it produced a highlight reel set to a dramatic score.

But there's plenty of suspicion. In Tennessee, state Sen. Mae Beavers pushed through a law governing drones and unwarranted surveillance. It targets police, but she has concerns about the military as well.

"The very idea that someone could use a drone to spy on you through your windows at home or in the privacy of your backyard even," she says, "I think that bothers people."

Albritten says there would be multiple layers of state and federal oversight. No less than the secretary of defense must sign off on any U.S. operation. He also says all video would be publicly available, and the unmanned aircraft wouldn't carry weapons.

"I don't care anything about you being in your backyard flipping burgers," he says.

Still, there's some pushback, even among drone supporters.

"I mean, with the name 'Reaper,' the first thing people think are these are killing machines," says Richard Davis, an assistant fire chief in Austin, Texas.

Davis has researched and written about unmanned aircraft. He's an advocate for using drones in disaster response, but the less menacing kind, not the military's long-range high-flyers.

"In some cases, it would be overkill," he says. 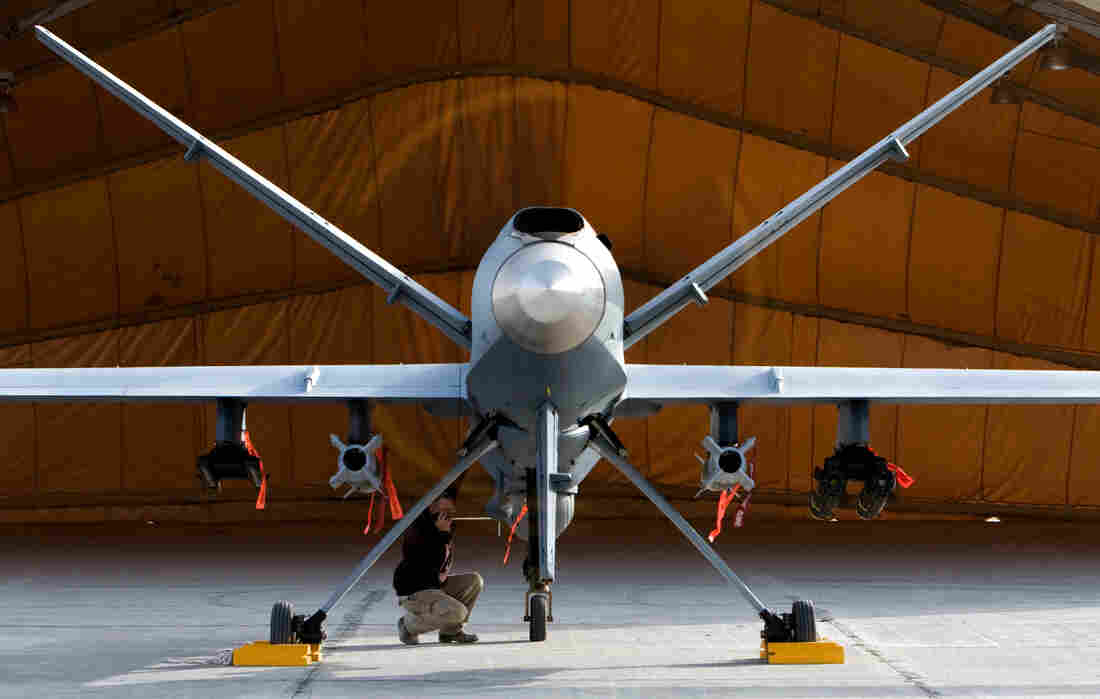 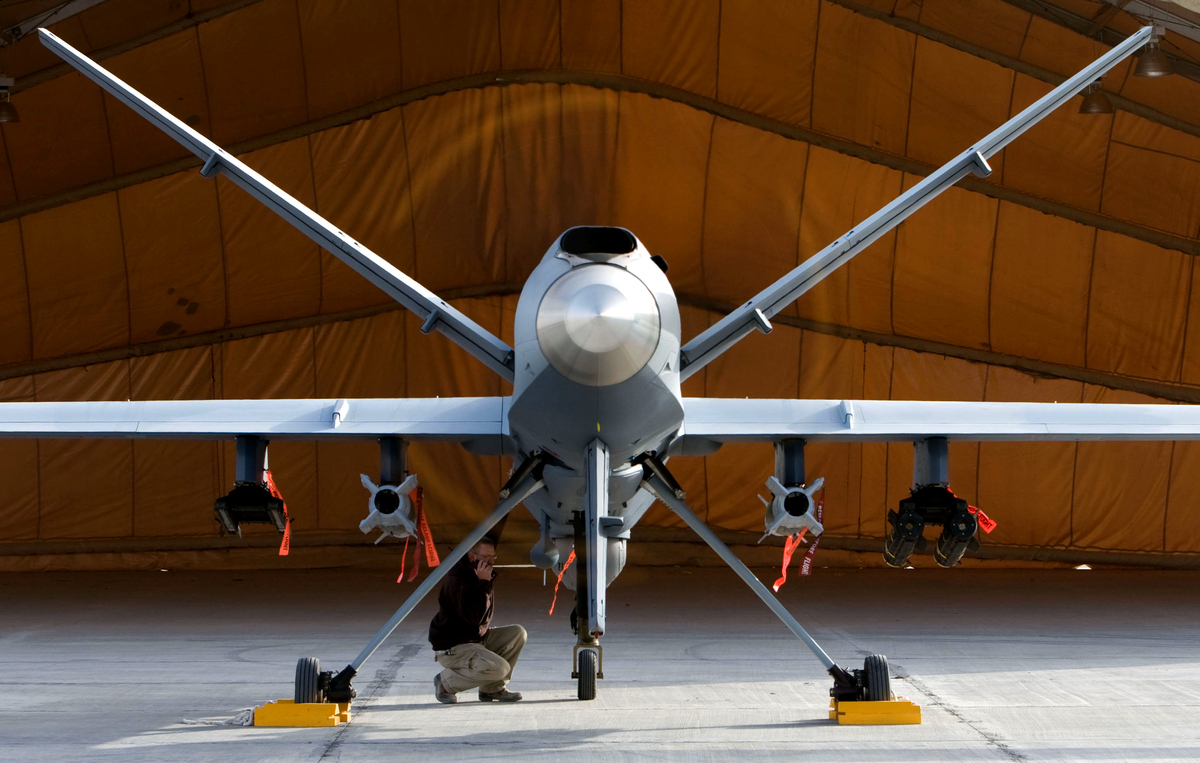 A maintenance airman inspects an MQ-9 Reaper, a high-speed, high-altitude drone, in Afghanistan. National Guard units are beginning to pilot these unmanned aircraft that can conduct intelligence, surveillance and reconnaissance missions.

But if Reapers and Predators are what you have, guardsmen ask why not use them? Tennessee Guard Commander Max Haston sees the drones as no more dangerous than other spying gear, like eavesdropping equipment.

"If I've got a device that is a listening device, I can't take it home and turn it on my neighbor's house and hear what he's doing in there," Haston says. "That's illegal."

Still, he acknowledges the anxiety.

"I think the public has a fear of the government, you know, big brother, spying on them," Haston says. "But it's less of a threat than driving down I-40 or I-65 with all of the cameras on the road. It's there!"

If commanders like Haston have their way, National Guard drones will occasionally be there too.

NPR — along with seven public radio stations around the country — is chronicling the lives of America's troops where they live. This story is part of that project we're calling "Back at Base."