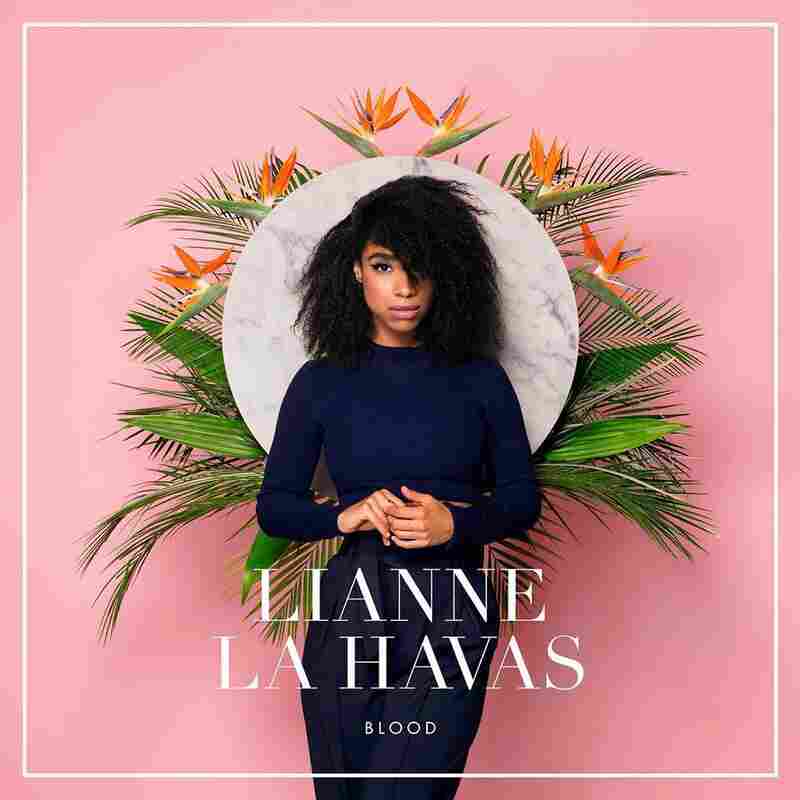 Among the delights of Lianne La Havas' 2012 debut Is Your Love Big Enough? was its sense of scale. Here was a songwriter of considerable lyric skill and pop ambition who didn't always follow the prevailing verse/chorus/hook code — particularly the expectation that fireworks need to arrive within the first 90 seconds, and repeat on cue 60-90 seconds later.

Some of her best songs, such as "Lost and Found" and "Au Cinéma," took their time gaining steam. Even when she reached the emotional apex moments, she didn't necessarily go full-bore for the rafters. Confiding rather than belting, she cultivated an ethos of intimacy that lured listeners into her songs. She didn't need to scream, or pump up big orchestral surges, to hold attention.

That shifting approach to scale made La Havas' debut wonderfully refreshing — it became the U.K. iTunes Album of the Year and brought her to the attention of Prince, with whom she collaborated on his Art Official Age. But as a career direction for an artist with commercial aspirations, it was probably doomed — too subtle, too drifty, not enough big-box-store singalongs.

So here comes Blood, and right away, with the breezy "Unstoppable," La Havas sounds like she's gone over to the hits-at-any-price team. It's got all the easy middlebrow charm of an Al Jarreau record from the '90s, except with drop-dead riveting vocal elaborations. Happily, they're plentiful enough to essentially erase the generic melody. Also happily, that opener turns out to be the only moment on the record that feels contrived. From there La Havas manages to graft the wide dynamic range (and abrupt shifts in texture) of her first effort onto tunes that inch closer to mainstream pop.

Sometimes that means her music follows a tighter structural script. A few of these songs, like the confessional "Midnight" and "Never Get Enough," flip rapidly between hushed rubato meditations and more fervent, hard-kicking refrains.

Others hunker down in a single mood and tempo, but that doesn't mean they're simplistic. "Wonderful" is a bracingly genuine lament about a failed romance, made poignant by an uncluttered arrangement that gives La Havas room to brood. "What You Don't Do," which repurposes the cheery shuffle groove blazed first by Sly Stone on "Hot Fun In the Summertime," finds La Havas savoring a relationship that's grown so strong it no longer needs to be affirmed in sweet-nothing words. "I know you love me, I don't need proof," she shouts — and her voice is so darned blissed that when she later proclaims "I've forgotten how to be blue," you believe her.

Here, the sweep and intensity of the song is controlled, almost completely, by La Havas' phrasing. As that ageless groove rolls along, she commands a variety of devices — from little tossed-off shrugs to choppy Chaka Khan syncopations to imploring shouts with traces of Whitney Houston in them — to change the weather. It's pure pop, and the kind of stunning, kinetic performance we rarely hear on the radio these days.

That song is one example of the more rhythmically assertive material La Havas offers on Blood. She began work on this record while visiting family in Jamaica, and has said that in nearly every case, a single rhythmic phrase served as the trigger or guiding idea. She engaged many top shelf collaborators for the project, including dancehall producer Stephen McGregor, Adele co-writer Paul Epworth and producer Mark Batson. All of them seize upon and work to magnify the dramatic contrasts that La Havas leans on in her writing. Perhaps the most vivid example arrives late in the record, on a song called "Never Get Enough" co-written with Batson. It's another affirmation of a lover, and though it starts out all sleek, in a seafaring Sade mood, it goes much stormier when La Havas begins shouting, as if through a bullhorn. She's all the way in it, doesn't seem to care if she sounds unhinged. Her sudden unhingedness might be the point.

These sometimes jarring transitions lend unexpected dimension to La Havas' writing — they make the songs, which survey romantic relationships in various states of messiness, feel epic even though most just last around four minutes. It's unusual to encounter such roller-coastering mood swings — the becalmed poise of Minnie Ripperton giving way to the fulminating power of Nina Simone — in this realm, where digital perfection is the norm and the peaks and spikes get smoothed over. It's even more unusual to hear a singer so confident in her ability to bring the extremes (particularly the quiet ones) across so vividly.

Blood is out July 31 on Nonesuch.