Accessibility links
Emotional Maps And 'Paper Towns' The film adaptation of YA superstar John Green's novel is an uneven but intermittently affecting story about a disappearing girl and the boy who looks for her. 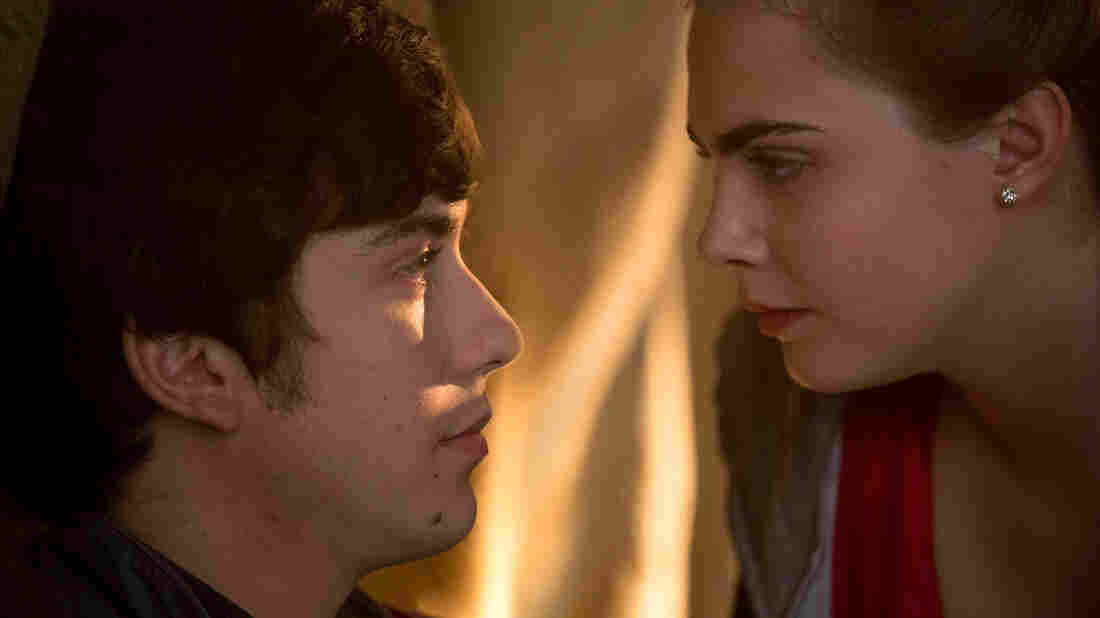 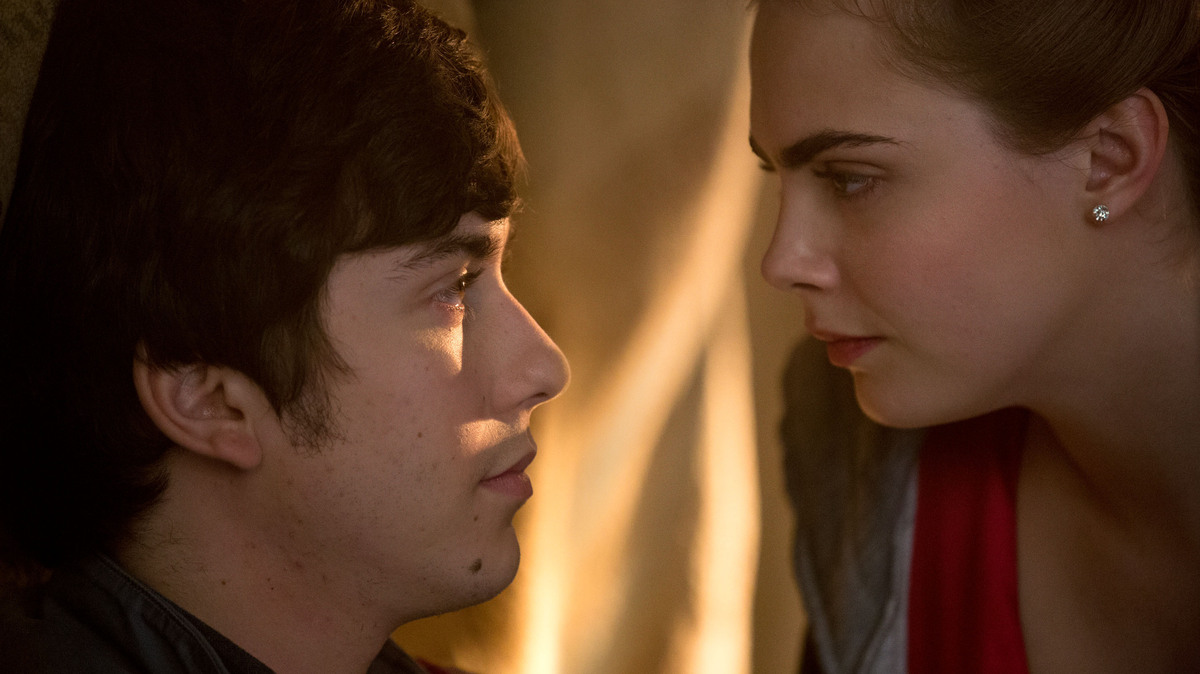 As the current king of teen lit, author John Green is a barometer for what young readers respond to. His 2012 bestseller The Fault in Our Stars, about two teenagers who fall in love in a cancer support group, and its smash hit movie last year helped signal that teens were ready for big-hearted realism in their fiction after so many years of fantasy.

This summer's YA adaptation Me and Earl and the Dying Girl seemed to emerge from Green's shadow, though it came overloaded with style and snark that many found off-putting (I didn't). The new film of Green's 2008 novel Paper Towns isn't nearly as radical in form or tone as Me and Earl, but it's a diverting romp that will get the job done for the author's "nerdfighter" fans.

Fault was unapologetically a weeper, but those hoping for more of the prized emotional currency known in today's parlance as "feels" will come up short on Paper Towns. This is much lighter fare, a road trip beyond the outer reaches of a suburban teen's comfort zone, with a moral that boils down to finding empathy for others — though I guess that's just another kind of feels. The film's darkest image (apart from one edgy left-field joke about the Confederate flag) is that of a divorced man who has committed suicide, and it appears briefly in the opening scenes to establish the character of the sort of person who would discover that body as a young girl. This is a brief, devilish hint of a world that's nowhere to be found in the rest of the movie, but its survival from page to screen points to just how much power Green's storytelling quirks hold over the filmmakers.

The girl who discovers the body is Margo, a thrill-seeking youngster who later matures into the kind of high school senior who's always taking off at a moment's notice. She's played in the present day by model Cara Delevingne, whose take on the character is appropriately aloof — she seems to always be thinking of something (somewhere?) that no one else can see. And that's exactly where she winds up after disappearing from her suburban Orlando town, leaving only her admirer: her lovestruck neighbor Quentin (the supremely likable Nat Wolff), who's just shared one magical night with the girl of his dreams only to find her gone in the morning.

The disappearing act splits Paper Towns neatly into two parts. First, there's the brisk opening third, in which Quentin slavishly follows Margo around the suburban darkness helping her exact revenge against her cheating ex-boyfriend. Director Jake Schreier (Robot & Frank) propels us forward like Margo grabs Quentin, moving the action at an entertaining clip, with a minivans-and-manicured-lawns canvas that resembles Arcade Fire's video for The Suburbs if you squint. Particularly intriguing in this passage is the sense that we don't, and never fully could, understand the world the way Margo does — she's found another plane of reality, she's happy there, and she likes when ordinary folks like Quentin briefly stumble into it. This is subtly different from making Margo an empty cipher, although the film does skirt that line a few too many times.

After Margo leaves, we get a flatter detective/road trip hybrid, where Quentin follows a trail of clues in an attempt to track down his love and ropes in his friends to make the trip an aw-shucks bonding experience. (It speaks to the film's harmlessness that no one, not even Margo's parents, ever entertains the possibility that something truly awful has happened to her.) Though the sidekicks (played by Justice Smith and Austin Abrams) are fun, particularly when belting out the "Pokémon" theme song to overcome their fear of dark places, their characterization is flimsy and their journey is overly familiar. There's even an impossibly attractive girl (Halston Sage) who falls for one of the shrimpy guys.

Paper towns — fake destinations cartographers put on maps to protect their copyright — are a fascinating myth for Green to play with, and they make a smart parallel for the film's exploration of how people can turn into nonexistent ideals. But Green and the adaptation's co-writers (Michael H. Weber and Scott Neustadter, the same team behind Fault) feel the need to underline their message with multiple references to Moby Dick and constant reminders of Quentin's naïveté. One day the target audience will graduate to more subtle metaphors and crave more complex narratives, provided they recognize that films like Paper Towns are maps for their feels, rather than destinations. If only they each had their own Margo to act as a guide into the mysterious beyond.