Accessibility links
'Cure' Hits The Reset Button On Suicidal Minds Jesse Ball's A Cure For Suicide is a poignant psychological dystopia about dealing with painful memories and the true price of starting over. 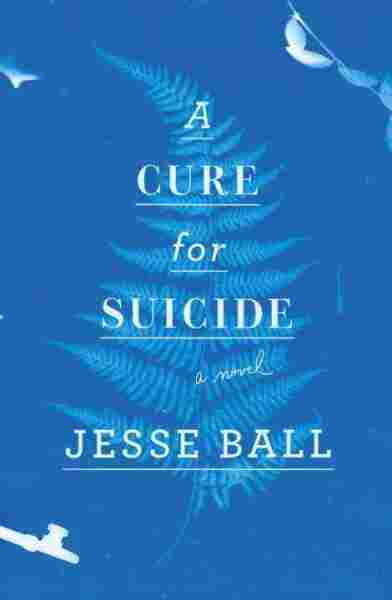 A Cure for Suicide

In 'Curfew,' A Compelling Brain-Teaser Of A Novel

No monsters. No killer plagues, vampires or nuclear war. No war of any kind, actually. Really, no unkindness. No hunger. No want. No consequences that can't be undone with a kind smile, a little nap and, of course, the needle.

Jesse Ball's world in A Cure For Suicide is missing pretty much every trope and crutch that makes for a proper dystopia by today's standards. If it is modeled on anything, its tone and soft, murky edges make me think of the Gilead of Margaret Atwood's The Handmaid's Tale — a place where it's the quiet that haunts you, the incredibly short distances between the real and the fictional. There are echoes of The Giver gone grown-up and without any heroic arc. Of Eternal Sunshine Of The Spotless Mind with an extra, hard twist.The one thing it does have? Zombies. Lots and lots of zombies.

Not real zombies, mind you (meaning, of course, real-fictional zombies; the kind that eat your brains), but people made zombie-ish by the Process Of Villages — Ball's titular cure for suicide and sadness. For not quite belonging. For the weight of the sorts of memories we all want erased.

It begins with the Claimant and the Examiner — the latter teaching the former how to button his shirt and walk down stairs, to say the word "chair" and to know what a chair is, to discern the difference between a painting and a photograph. Slowly (achingly slowly, and with semiotic precision) we learn that the Claimant (who doesn't even earn a name for pages and pages) has had his memory wiped, probably multiple times. When he wonders aloud to the examiner how he ended up in this house, unable to think what a chair is for, she explains it to him.

"You were sick. Now you are convalescing. You are regaining your strength. You are young and have a long life ahead of you in a world full of bright amusements and deep satisfactions, but you have been sick, and you must regain your ability to walk far and parse difficult things."

And that is... kinda true. And kinda not. There's mercy in the lie of it and a directness in the truth, but it is in the small space between the truth and the lie that Ball's dystopia festers. There are so many things the Claimant doesn't know. He doesn't even know how a chair works, ferchrissakes. And it'll be some time before he learns to parse difficult things.

Ball takes us through the process with him — the Process Of Villages. He learns to speak, to write, to walk and feed himself. He is given a name (not his real name) and simple tasks to do. When he begins having nightmares about a train station, a car, a girl he'd loved, the Examiner tells him to write them down and then carefully, skillfully, shapes his fuzzy recall until he thinks that he is dreaming what the Examiner has told him to dream. When this doesn't work, it's time for the needle again. Another reset. Another village. Ultimately, another Examiner.

The Claimant becomes Martin. Becomes Henry Caul. He is a botanist's assistant, then a professor holed up and working on a paper. The people in the Villages are all actors (shades of The Truman Show) or other Examiners or other Claimants, and we never know who is who or what is real and the precision of the language ticks along, as lulling as a clock. The smallness of the main character's successes and failures are almost narcotic. He lives in a Nerfed world where there is no danger, no threat, no un-considered moment. Until...

There's a girl, Hilda, who briefly breaks the spell of the cure. There are moments when the Claimant doubts his own reality before slipping back into its languor. And all of this — these spikes of tension, these small, bright starbursts of emotion — make the simplicity of the Claimant's day-to-day existence darken around the edges, grow sickly with their sweetness and begin to rot.

Ball breaks the narrative at a point to look back and delve into the events that led the Claimant to ask for the cure — a love story with a tragic end. I hated it for the way it pulled back a curtain on the beautiful mystery he'd so artfully constructed but, at the same time, appreciated the questions it asked. Have you ever been in a place where you just wanted a fresh start? To kill not just yourself, but everything that was yourself — to remove this failed you from the world completely and begin again anew?

Of course you have. So has everyone. But have you really considered the cost? What would we lose in the process of destroying so many memories?

Ball has the answer. But you're going to have to get to the end of the Cure to find out.

Read an excerpt of A Cure for Suicide