Accessibility links
At Low Pay, Government Hires Immigrants Held At Detention Centers It's illegal to hire immigrants without legal status. Yet the federal government employs thousands of undocumented workers. They prepare food and clean detention facilities where they are held. 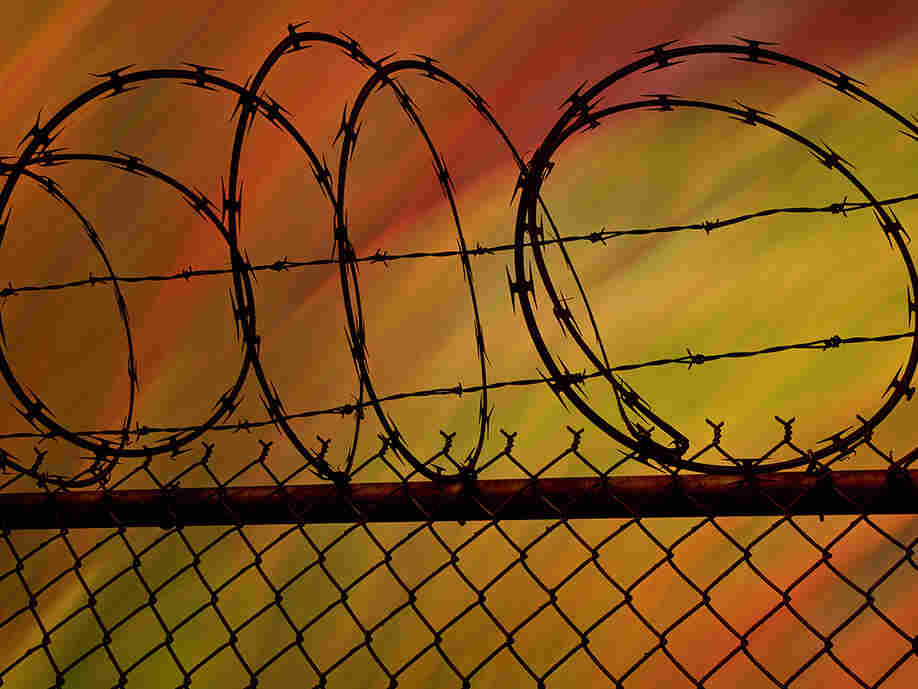 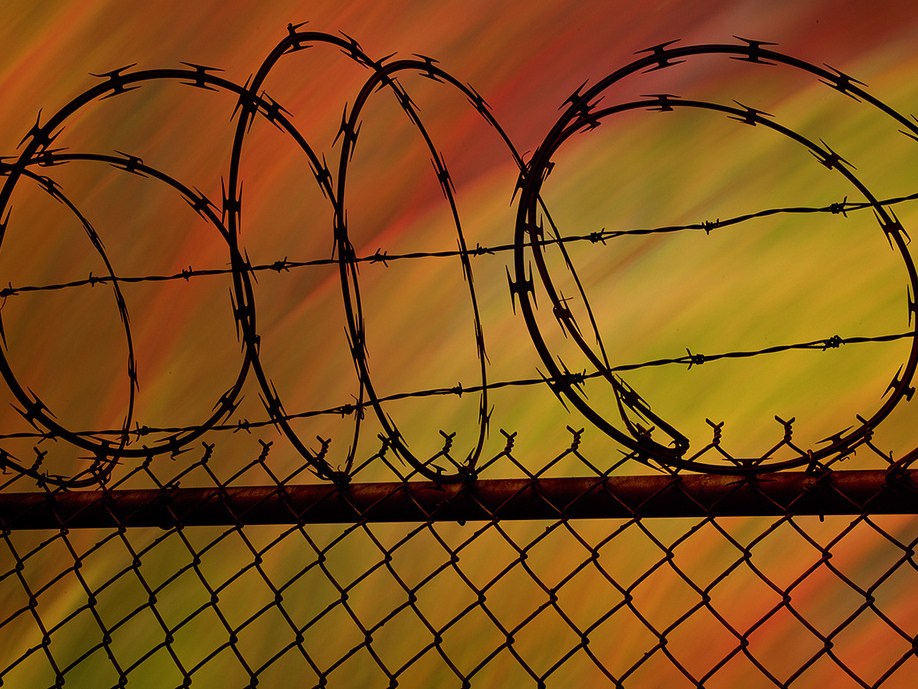 It's illegal to employ immigrants without documents. But through voluntary work programs in detention centers, the federal government employs thousands of undocumented immigrants. "The government, which forbids everyone else from hiring people without documents, has effectively become the biggest employer of undocumented immigrants in the country," says Carl Takei, an attorney with the ACLU National Prison Project.

The pay for an eight hour shift in a detention center is $1 a day, or roughly 13 cents an hour.

Private companies, like the Boca Raton, Fla.-based GEO Group, operate roughly half of all of these centers in the United States.

Earlier this month, a federal district judge in Colorado ruled that a group of immigrants who were held at the GEO-run Aurora Detention Facility could proceed with a class action lawsuit alleging the work programs are exploitative.

Current and former detainees at the facility say they were routinely required to clean common areas for no pay—and that those who refused to comply were threatened with solitary confinement. In addition, the plaintiffs assert they should be paid a fair market wage for jobs they volunteered for in detention, like cooking, serving food, and waxing floors.

Jacqueline Stevens, a professor of political science at Northwestern University, says that in most facilities, immigrants basically make up the work force. "They do everything except guarding the people who work there," she says.

This is also the case in a lot of prisons. But detention centers are not prisons. They are a place to hold immigrants while they await asylum and deportation hearings.

So while convicted criminals serving time forfeit wage protections, Stevens says that shouldn't apply to detainees. "There is no legal authorization that would exempt them from the protections of federal labor laws," she says.

In a statement, a representative from the GEO Group said he could not comment on specific allegations in the class action lawsuit. But he pointed out that the volunteer work program as well as the wage rates are set by the federal government. Congress did in fact set the dollar a day rate more than 60 years ago. It hasn't been raised since.

A lot of immigrants say they felt used when they were in detention. Mario Gallejos is an asylum applicant from Mexico who spent three months at the GEO-run Northwest Detention Center in Tacoma, Washington earlier this year. He was shocked by what he was paid for working in the kitchen. He says even the poorest Mexicans earn more than a dollar a day.

Gallejos didn't give up the job, though. He needed the money, to mail letters and make phone calls to his wife. The vast majority of detainees are like Gallejos, according to Nancy Hiemstra of Stony Brook University. They labor because they are desperate. Most don't have someone on the outside providing money so they can buy extra food, warm clothes, or phone cards--products that make their stay in detention more bearable.

Hiemstra has found that detainees are charged two to seven times more for most products in detention centers' commissaries than they would pay at a local Walmart. "Some people will work for two weeks just to make one phone call," she says. The combination of low wages, and high commissary prices, mean that operators of detention facilities recoup virtually all of the money they pay detainees. "Everything they make, [detainees] spend in detention," Hiemstra says.

The federal government pays an average of $120 per detainee per day. Paying detainees just a dollar a day to perform work integral to the running of the facility pads operators' profit margins, though, because it minimizes labor costs.

Advocates like Takei of the ACLU believe that if detainees were paid market wages, private companies would demand more money from the federal government. "It would take the detention system from being enormously expensive to being so expensive that Congress would not be willing to sustain our current detention levels," he says.

Activists want to eliminate the low wages so the government sees the true cost of detaining immigrants. They think that could lead to fewer immigrants being detained in the first place.