Accessibility links
Flouting The Law, Some New Yorkers Won't Register Guns The state passed a tough gun law in 2013, but the people "have repealed it on their own. They're just ignoring the law," says the head of the New York State Rifle and Pistol Association. 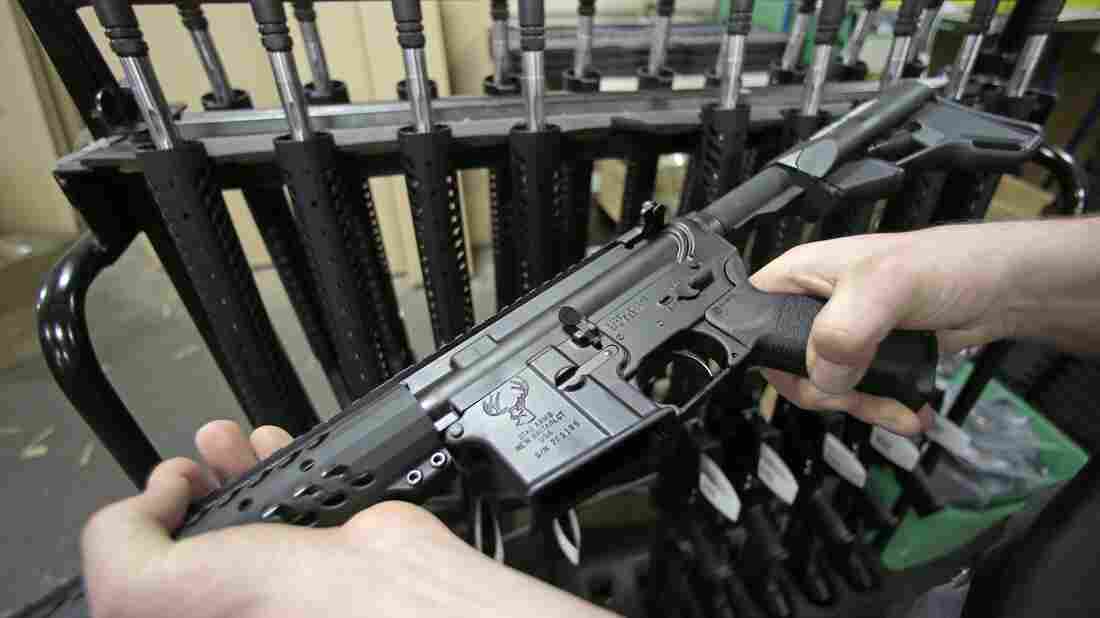 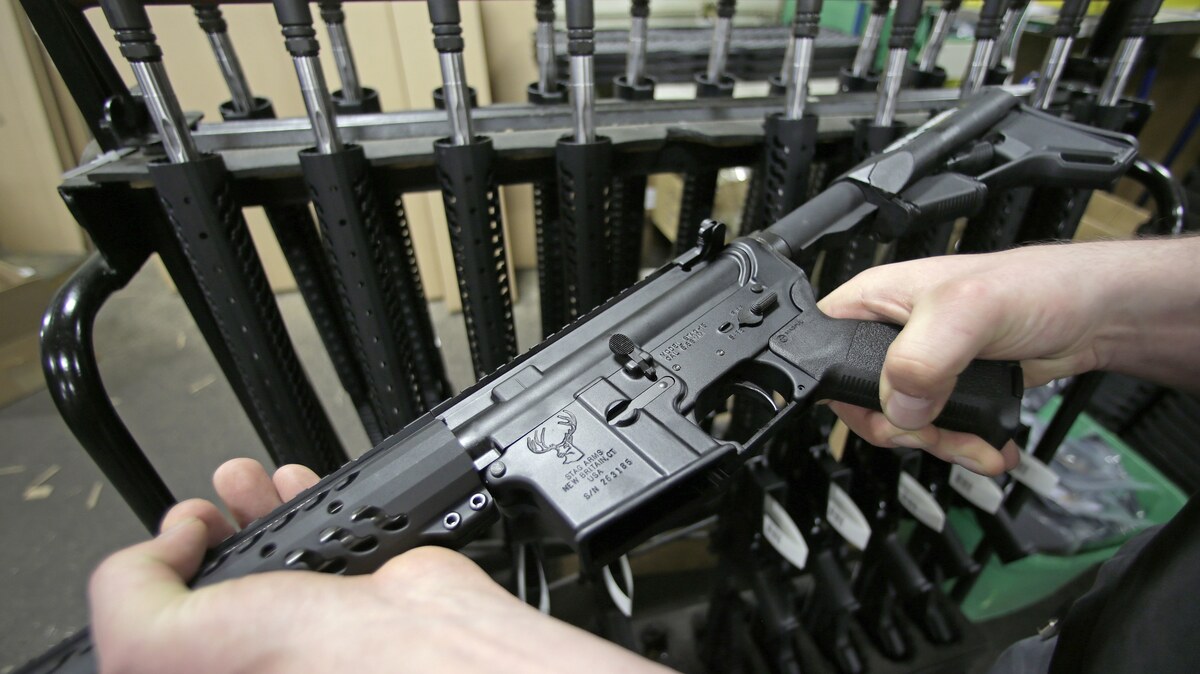 New York state's 2013 gun law includes a ban on the sale of so-called military-style assault weapons like this AR-15 rifle.

New York state has some of the toughest gun laws in the country. Compliance with those laws is another matter.

New York passed a broad package of gun regulations after the school shooting in Newtown, Conn., despite the objections of hunters and gun rights advocates. Now it appears that many gun owners are refusing to comply with a key provision that requires the registration of so-called assault weapons.

"I think this law was so incredibly repressive that it drove people to the point now that they're basically saying we're not going to abide by any more laws," says Brian Olesen, the owner of American Trade and Goods and several other outdoor stores around Albany, N.Y., that stock a wide range of guns for hunting and self-defense. Olesen says his customers overwhelmingly oppose the New York Secure Ammunition and Firearms Enforcement Act — or SAFE Act, as the 2013 gun law is known.

[The SAFE Act] still may be law, but the people of New York state have repealed it on their own. They're just ignoring the law.

The law has some of the nation's toughest regulations on guns and ammunition, including a ban on the sale of so-called "military style assault weapons," like the AR-15 style long rifle used in the 2012 shooting at Sandy Hook Elementary School. It also requires New Yorkers to register the assault weapons they already own with police.

Critics of the law see registration as the first step toward confiscation. And some say they just won't do it.

"I just don't see there's any need to," says Joseph Fuller of Cohoes, N.Y. Fuller says he owns several guns, including at least one that he's required to register under the SAFE Act. But he hasn't.

"I don't pay attention, to be honest," says Fuller. "I have friends out in the boondocks. They won't register their guns either. And they told me ... don't even bother. Don't worry about it."

No one knows exactly how many so-called assault weapons there are in New York. But the number is likely far more than the 45,000 that have been registered so far. The New York State Police released that number recently, but only after being ordered to by a court.

"[The SAFE Act] still may be law, but the people of New York state have repealed it on their own," says Tom King, president of the New York State Rifle and Pistol Association. "They're just ignoring the law."

Supporters of the SAFE Act disagree.

"I think 45,000 is a lot of assault weapons. I think it's evidence of how long overdue this law is," says Leah Barrett, executive director of New Yorkers Against Gun Violence. Barrett points out that multiple public opinion polls — including one commissioned by her group — show that 60 percent of New Yorkers support the SAFE Act.

Still, the law's opponents show no signs of backing down. They've been especially loud in upstate New York, where hunting is a big part of the culture. Among them are many elected county sheriffs.

"When I prioritize what I need to do as a sheriff, the SAFE Act comes in at the bottom of that list," says Christopher Moss, the sheriff in Chemung County, a rural area near the Pennsylvania border. "I do look at it personally as an infringement on Second Amendment rights."

That puts Moss and many other state sheriffs at odds with Democratic Gov. Andrew Cuomo. Cuomo touted the SAFE Act during his re-election campaign last year. His administration did not respond to requests for comment on the apparent lack of enforcement.

And this month, Cuomo agreed to postpone another controversial part of the law: a statewide database to track ammunition purchases.

That did not appease upstate Republican lawmakers. Some are still trying to repeal the SAFE Act. And gun rights groups are challenging the law in court. A federal judge in Buffalo upheld most of the law in 2013. An appeals court is expected to rule on the case this year.