Accessibility links
Interview: John Francis Daley and Jonathan Goldstein, Directors of 'Vacation' The movie's co-director says the goal wasn't to remake the National Lampoon film, but rather "to bring it to the next generation." Rusty, the son from the '80s classic, is now in the driver's seat. 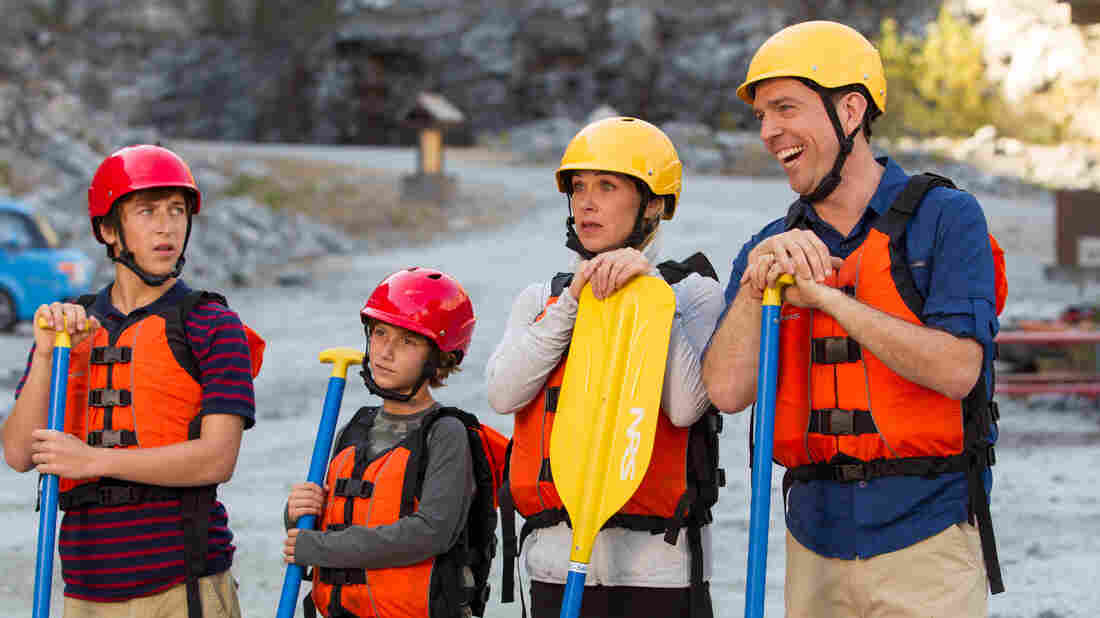 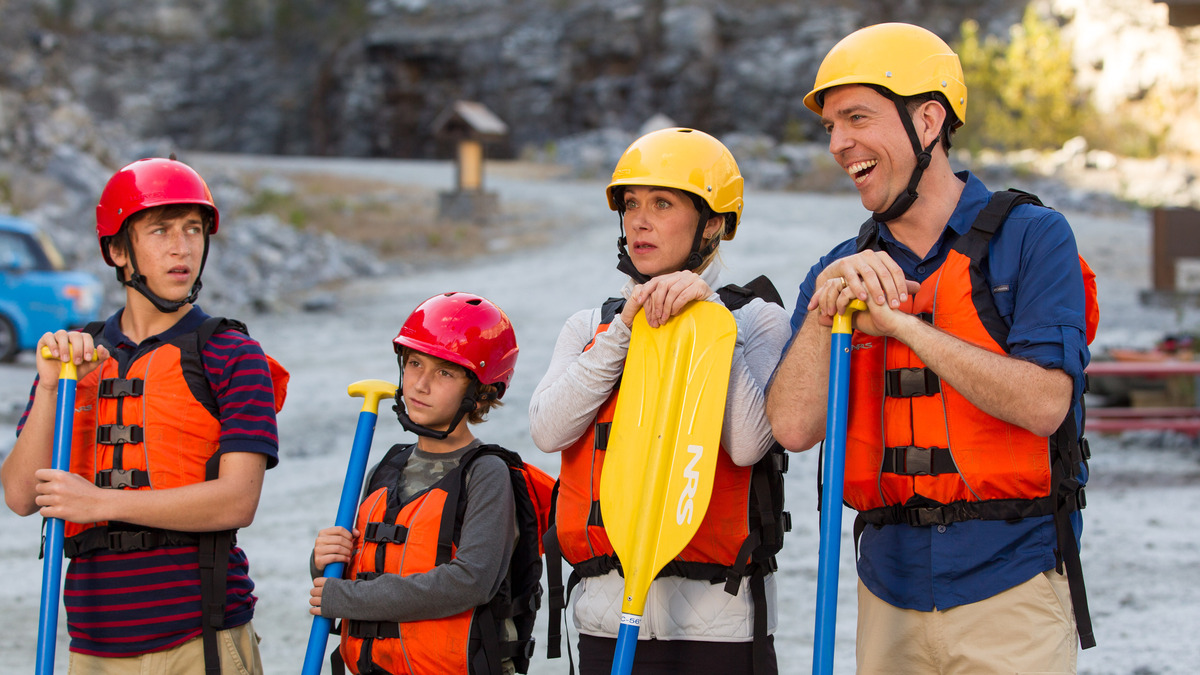 Skyler Gisondo (from left), Steele Stebbins, Christina Applegate and Ed Helms are the new Griswold family — en route to Walley World — in the 2015 follow-up to the 1983 movie Vacation.

National Lampoon's Vacation has been resurrected: more than 30 years later, the Griswolds are back on another reckless, wild road trip.

In the new movie Vacation, Rusty Griswold, the son from the original series, is all grown up and taking his family on a cross-country trip to the theme park Walley World. It goes about as smoothly as you'd expect.

Co-writers and co-directors John Francis Daley and Jonathan Goldstein say the R-rated movie is not a reboot or a remake, but very much a sequel.

"We've been very clear from the get-go, even with the studio, that we had no interest in trying to remake the movie that National Lampoon made in the '80s 'cause it's just so good that we wouldn't wanna tamper with it. It just works," Jonathan Goldstein tells NPR's Arun Rath. "And so we felt it was organic to bring it to the next generation."

On seeing the original movie

Jonathan Goldstein: I'm pretty sure I saw it in the theaters. I was in my early teens — and it was probably inappropriate that I should see it in the theater, because it was a little raunchy. It opened my eyes to kind of a subversive form of comedy that had not really been something in my brain until that time.

John Francis Daley: I remember the first time I saw it, it was revolutionary for me. It kind of opened my eyes to what comedy could be and that it could be simultaneously smart and stupid. And that was kind of my favorite type of comedy — that smart-stupid, where you're laughing in spite of yourself at goofy things but then when you think about it, there is something — an additional layer to it that gives it an extra intelligence.

On why studios are rebooting so many old franchises

Goldstein: Fear, I think mostly. There's nothing scarier to an executive than an untested new thing.

Daley: Yeah, and I think they figure the same idea that hooked our last generation when they were young will hook the new young generation as well as the old generation. And we were both apprehensive about it too going into it. We shared that same fear that people will be very cynical about the fact that we're bringing this franchise back to life and so we knew we had to approach it from a new standpoint and really put it in our voice.

On Chevy Chase's role in the film

Daley: He really seemed to be excited to get back into that role of Clark Griswold. I think he has so many fond memories of playing him and also playing with Beverly D'Angelo. They have such an amazing rapport together. They really do feel like a married couple.

Goldstein: They bicker, they make fun of each other. That was one of those pinch-yourself-moments. Where you're directing Chevy Chase in your Vacation movie. It's surreal.

On the film's R rating

Goldstein: It's also a rare opportunity. You don't see a lot of R-rated family comedies. It's a weird kind of a hybrid because what it allows us to do is to point out that just because you're a parent doesn't mean you stop being a person with a history and a sex drive and all the things that humans have that, you know, in movies we tend to whitewash them — if you're a mom and a dad that's all you should be.

Daley: You know, we wanted to explore the realism of the family dynamic and the R rating kinda allows us to do it in the most broad way. It gives us the opportunity to put them in way crazier situations than normal.

Daley: It was very much the same dynamic as when we were writing together. We're very collaborative. We kinda share the same mind and we do everything at the same time, we don't assign one role to each person which gives us the freedom to be able to bounce ideas off of each other, see what sticks, see what makes us laugh, and in a way it's an advantage to writing comedy solo.

Goldstein: On rare occasions I guess we would disagree on sort of a performance-y thing and then we would just try to get it both ways and see which worked best in editing.

On the writing the Spiderman reboot

Daley: We can finally acknowledge that.

Goldstein: We've been saying no comment for the last week.

Daley: This is the first time that we can say that we are writing it.

Daley: ... He's a sharp kid and witty and kind of deals with the fact that he's an outcast and a geek through humor. It is sort of the safety net for geeks like us, so I think we can totally relate to where he's coming from. As well as the superpowers, which we also have.